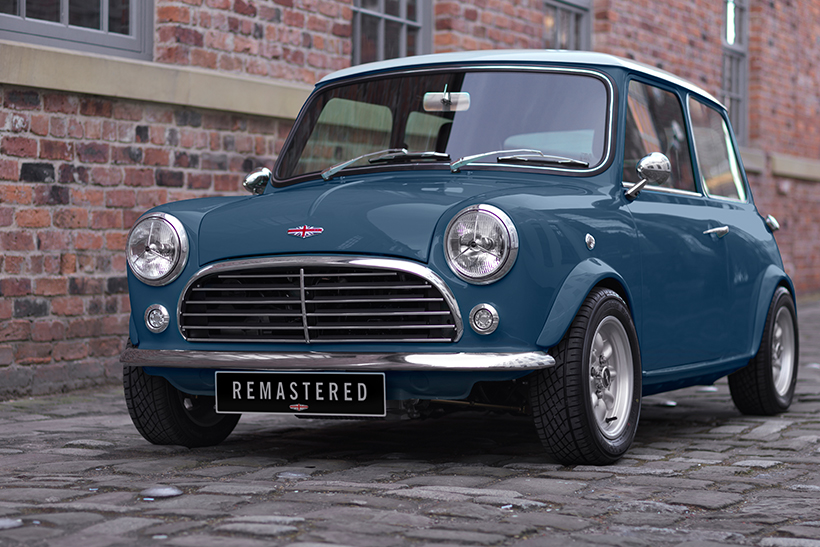 British Motor Heritage (BMH) were always confident that there was a pent-up demand for replacement MK1 Mini bodies, but that has been proven in spades since the prototype was first displayed at the 2016 NEC Classic Motor Show. Bodies from the two build runs so far this year have all been snapped up, and the next batch is scheduled for September, so if you want to reserve one, do it sooner rather than later.

Dramatically rising values are at the heart of the demand, as BMH’s Managing Director John Yea explained, saying: “A few years back, though values of good Mini-Coopers were climbing steadily, the limited worth of their 850 cousins made comprehensive restorations hard to justify. The picture is now very different, and as a result we are constantly having to raise our production targets, and that’s without taking into account the shells we are creating for David Brown Automotive’s impressive Mini Remastered programme.”

There could also be dedicated motorsport Mini shells in due course. BMH has been successfully running a Heritage-shelled MGB in historic racing for 12 years, and now they have built an FIA specification MK1 Mini-Cooper S that will be campaigned in this year’s HRDC A-series Challenge series. Commented Yea: “We are very much looking forward to running the Mini in the heat of competition and, depending on the success of the venture, may build a limited number of equivalent competition specification shells for general sale some time in the future.”

The all-new Mini MkI bodyshells are crafted on original British Leyland tooling, and retail for £9950. BMH also produce bodies for the MkIV/MkV Mini, for Sprites and Midgets from 1967-69, and for MGB, MGB GT and MGB V8 conversions. All enquiries regarding replacement MK1 Mini bodyshells should be made by email to sales@bmh-ltd.com or by phone to 01993 707200.

Oh, and for those of you who were puzzled by the reference to David Brown Automotive’s Mini Remastered programme, these are highly exclusive cars unveiled in May 2017 based on a classic Mini, with the original engine ad gearbox rebuilt and reused, but everything else brand new and lavishly updated for urban life in the 21st century. With a planned production run of 50-100 a year, prices start at a cool £75,000