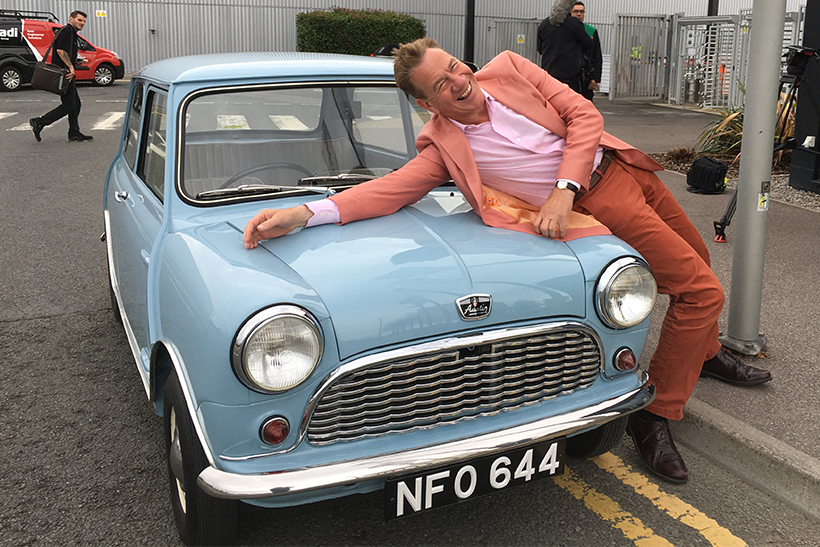 A 1960 MkI Mini is set for a cameo appearance in a BBC series presented by Michael Portillo. Jason and Tanya Field’s Speedwell Blue Austin Seven, affectionately known as Speedy, was filmed on October 2 for an episode of the Great British Railway Journeys series.

The producers wanted an archetypal old Mini to take Michael from his hotel in Oxford to the MINI plant at Cowley, which has a railway line, and Speedy fitted the bill perfectly. The Mini was filmed several times as Michael was collected and driven to the plant, with the former MP interviewing Tanya she drove.

“It was a bit of a challenge driving Speedy during the rush hour in and around Oxford at the same time as being interviewed and having to find places to stop so that he director could change things around,” said Tanya.
“

We chatted about William Morris, his philanthropy and how he met my great grandfather, who provided the financial backing that enabled him to start motor manufacturing in Cowley. I then left Michael to do his day of filming at the plant.”

The filming took place as part of the programme’s 10th series, and is likely to shown in January next year.