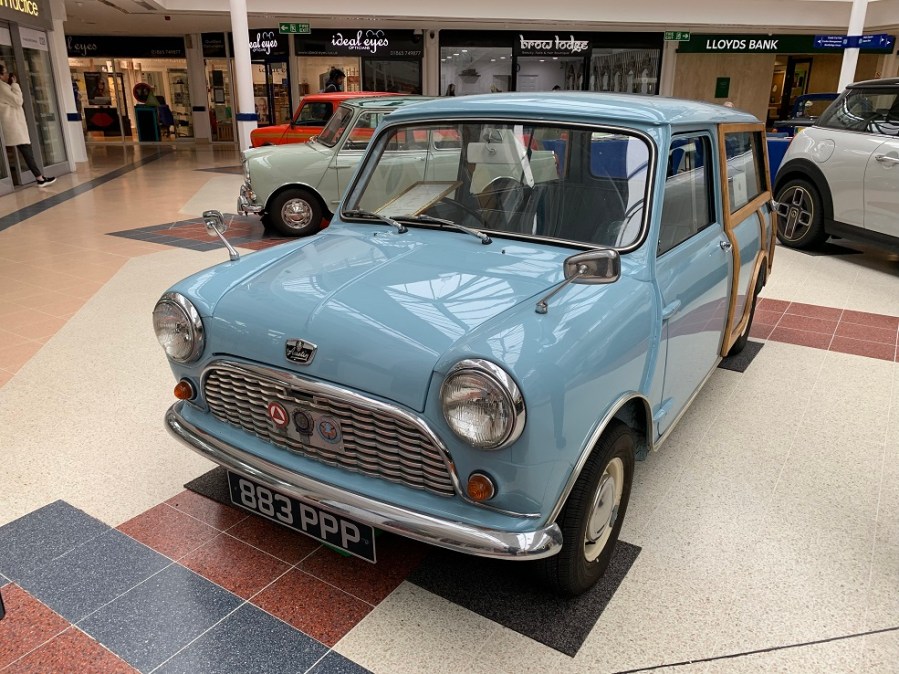 Cowley’s association with the Mini has been celebrated with a week-long display of shining examples in the local Templers Square shopping centre. Organised by enthusiast Tanya Field, the display featured the new electric MINI on loan from Plant Oxford ahead of its release, along with a varied selection of classic Minis.

The classic Mini was built at the Oxfordshire plant until 1968, but this display majored on Longbridge-built models. Amongst the 10 cars was the oldest known Austin Mini Countryman from 1960, a Mini police van, a rally prepared Mk2 Morris Cooper, a 1963 Wolseley Hornet, a 1990 Cooper RSP with S tuning pack, a Clubman Estate, a Pick-up and a very original Mayfair. These were joined by the electric MINI and a very early 2001 MINI Cooper wearing one of the ‘OBL’ registration plates issued to management, dealer and press departments. 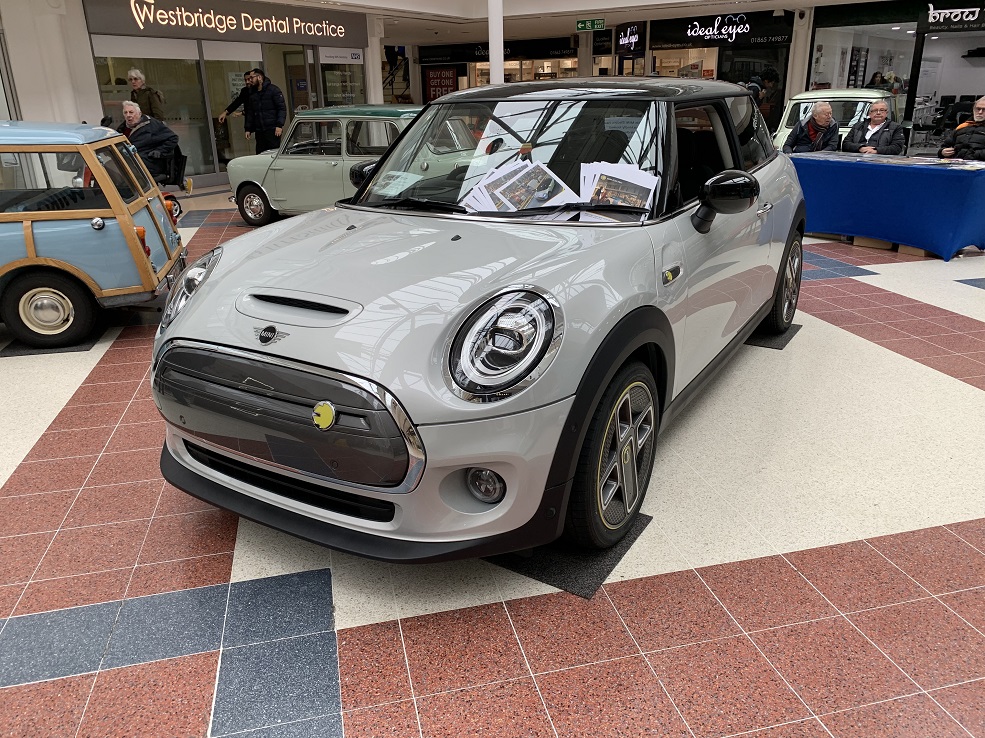