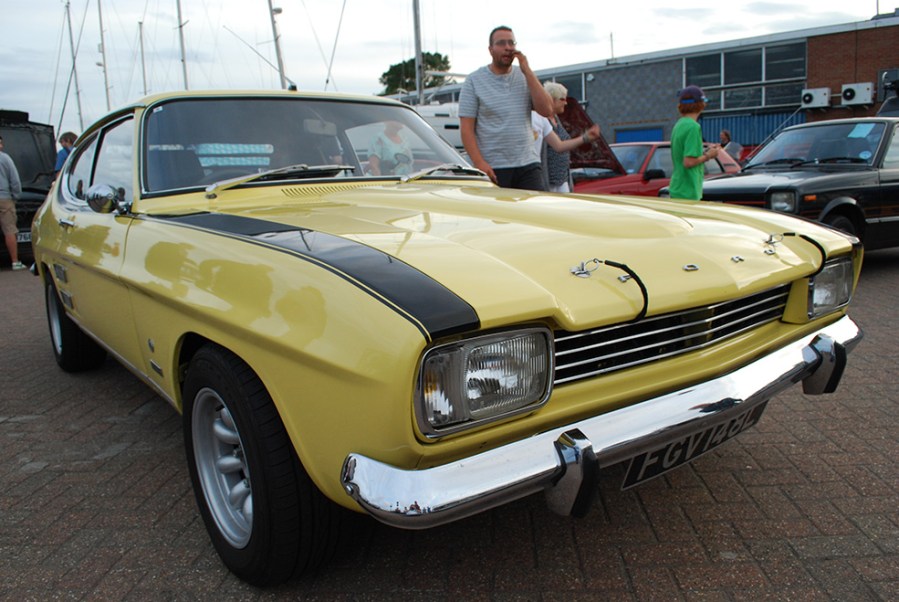 Ford’s personally augured vehicle offered glamorous fun for a low cost. Not that dealers, tuners and coachbuilders didn’t seize upon its latent performance potential; built in tiny numbers, these Capris are among the most sought after models of their kind.

FORD CAPRI PERANA V8 (1970-1973)
A Mustang scaled down for British tastes: that was how Ford’s coupe was understood. Emulating the former pony car’s style wasn’t enough for South African dealer Basil Green, however; denied access to the sportier RS range of Capris available in Europe, and needing a touring car for homologation, Green began converting Capris built in domestic Port Elizbeth to V8 power. Transplanting the Mustang’s 5.0-litre (302 cubic inch) ‘Windsor’ into the far lighter Capri shell did wonders for performance, making the Perana V8 far quicker than the fastest contemporary European Capri RSs, all of which used V6 engines.

Around 500 Capri Perana V8s were built over a three year period; sought after by historic touring car racers and Capri enthusiasts worldwide, Basil Green’s cars have the added bonus of right-hand-drive as standard for anyone wishing to import one to the UK. 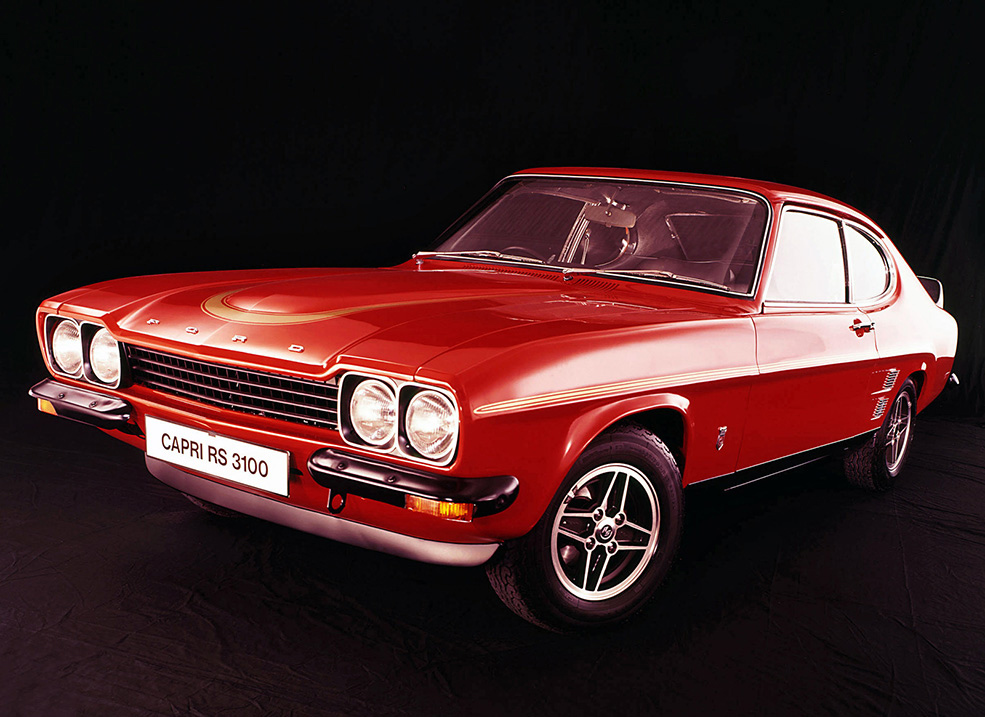 FORD CAPRI RS3100 (1973-1974)
With the Capri II waiting in the wings, the RS3100 was the Capri MkI’s swansong. As well as providing Ford with a homologation entry into the European Touring Car Championship, the first right-hand-drive RS badged Capri replaced the German designed RS2600 as the top model in Capri performance terms. With the 2.6-litre Cologne ousted in favour of a 3.1-litre Essex V6, road going RS3100s were expensive and exclusive; just 248 were built between 1973 and 1974. 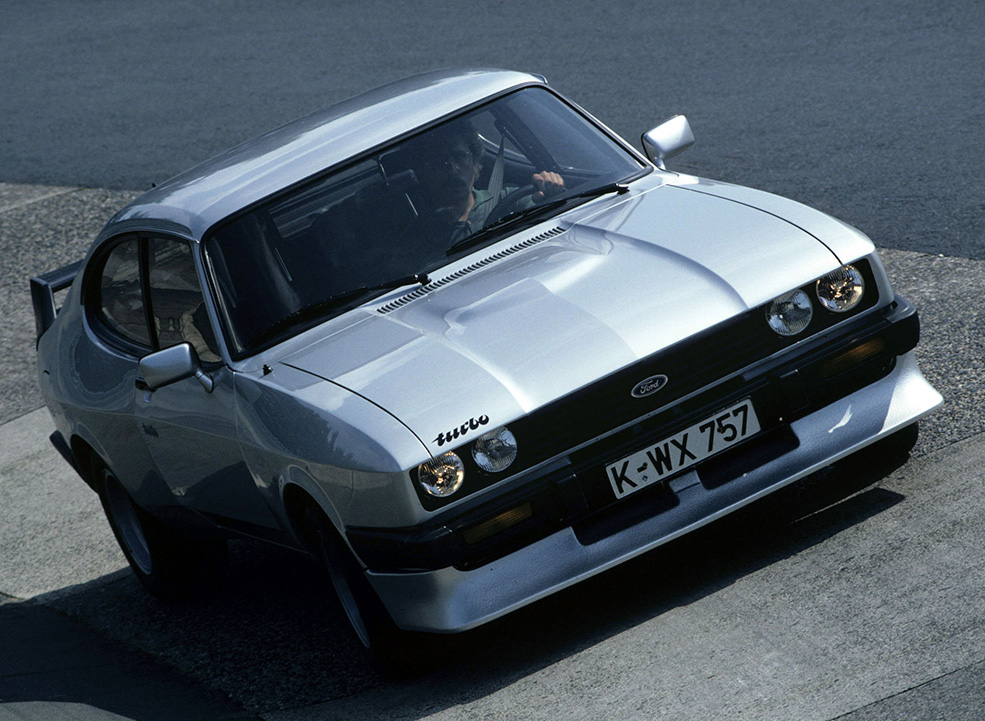 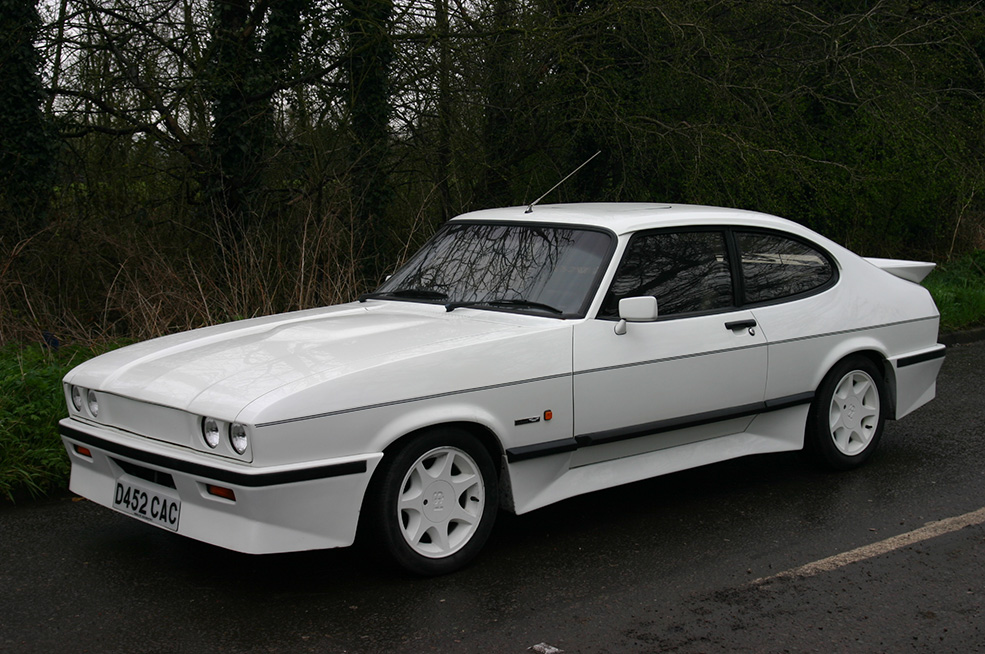 Rebuilt in house by the coachbuilder, a Capri Injection went in one end; 200 hours later, a hand built, leather trimmed, 205bhp Simon Saunders body-kitted wonder emerged. The end result divided opinion like no other: between 80 and 93 cars, excluding prototypes and cars bought to convert, were built, with the very last Tickford Capri being registered in 1991.

With a fully blueprinted and extensively developed turbo installation, Tickford Capris were expensive in period, especially when compared to the Capri Injections in which they shared official Ford price lists with. Inflation and labour pushed costs up from a steep £16,000 in July 1984 to a eye-watering £17,220 (the 2018 equivalent of £48,500) two years later.

Prices nowadays are hard to reconcile; reckon on around £40,000 to put a concours Tickford Capri in your garage, with restoration projects clocking in at significantly less.