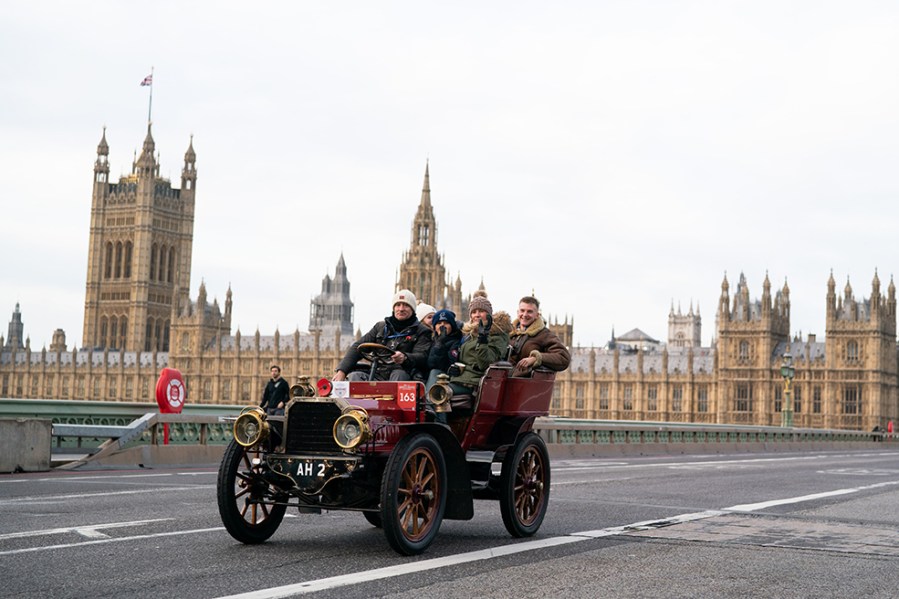 The London to Brighton Veteran Car Run celebrated its milestone 125th anniversary on November 7, with nearly 300 pioneering pre-1905 cars and their hardy occupants taking part in what has become the world’s longest-running motoring event.

It’s now 125 years since the original Emancipation Run of 1896, which raised the speed limit for ‘light locomotives’ from 4 to 14mph and abolished the need for a man to walk ahead waving a red flag. Fittingly, the run always starts with the symbolic tearing of the red flag, which for 2021 was performed by record breaking Thrust SSC pilot Andy Green OBE and Ben Cussons, Chairman of the Royal Automobile Club. Green drove his 1904 Stanley steam car on the run, while Cussons shared a 1901 Mors with renowned British scientist Baroness Archer.

The first horseless carriages were waved away from the Hyde Park start point at 7:06am sunrise, making their way through Wellington Arch, down Constitution Hill, past Buckingham Palace, Admiralty Arch and Whitehall into Parliament Square. Here the 60-mile route split into two, with half the participants following the traditional A23 route past Big Ben and over Westminster Bridge via Kennington, Brixton and Streatham Common, while the other half journeyed via Lambeth Bridge and then through Vauxhall, Clapham Common and Tooting. The two routes then merged on the A236 just north of Croydon, with the cavalcade reunited as it headed towards the South Downs and eventually to Madeira Drive on Brighton seafront. 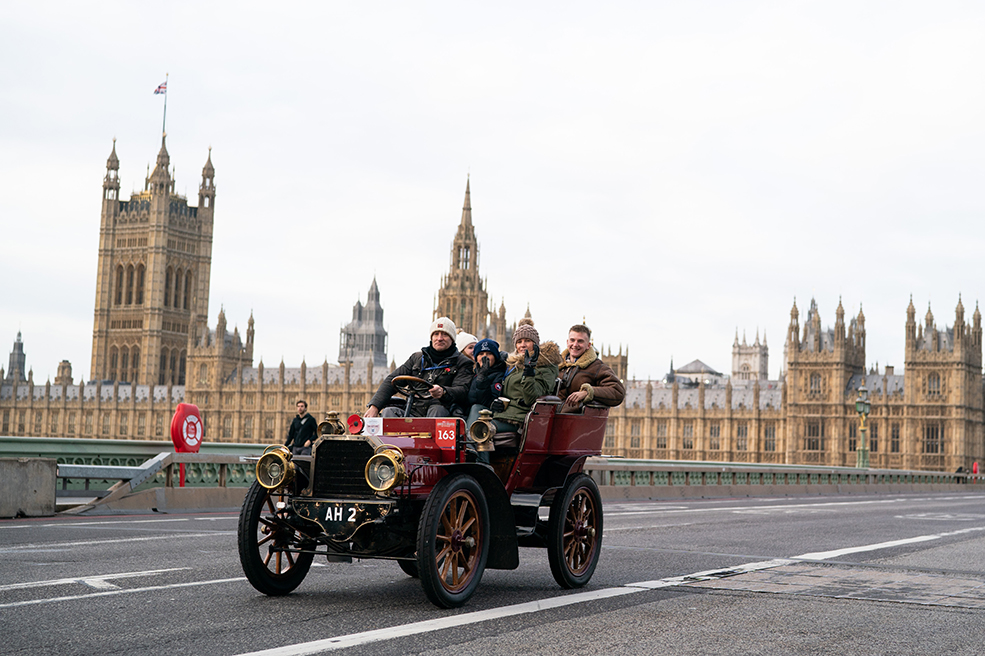 First away from Hyde Park was a single-cylinder, 4hp Lutzmann dating back to the dawn of motoring in 1896, followed by a staggering variety of antique machinery dating back to the era of innovative and experimental vehicles – some powered by petrol engines, others propelled by steam or electric batteries.

This year’s entry included cars from as far afield as Hong Kong, South Africa and the United States, with 87 different marques represented. The vast majority of the 286 starters completed their journeys well before the 4.30pm deadline, with the 1902 Mors driven by Clive Evison the first to arrive as it made the trip in under three hours. Another of the notable finishers was the ever-popular Genevieve – the 1904 Darracq from the ’50s British comedy film of the same name. TV star Paul Cowland also took part aboard a 1903 Knox.

While the Run is famously not a race, the Regularity Time Trial saw participants attempt to keep to a strict pre-selected average speed between Croydon and Redhill. The winner was Austrian entrant Andreas Melkus driving a 1902 ‘curved-dash’ Oldsmobile Runabout, who was just five seconds over his target time.

“The glorious weather has been really kind this year, which makes a big difference for these types of extraordinary vehicles, and I have seen lots of happy smiling faces amongst our participants, many saying this has been their best-ever Run,” said Ben Cussons.

More information on the run can be found on the official London to Brighton Veteran Car Run website.