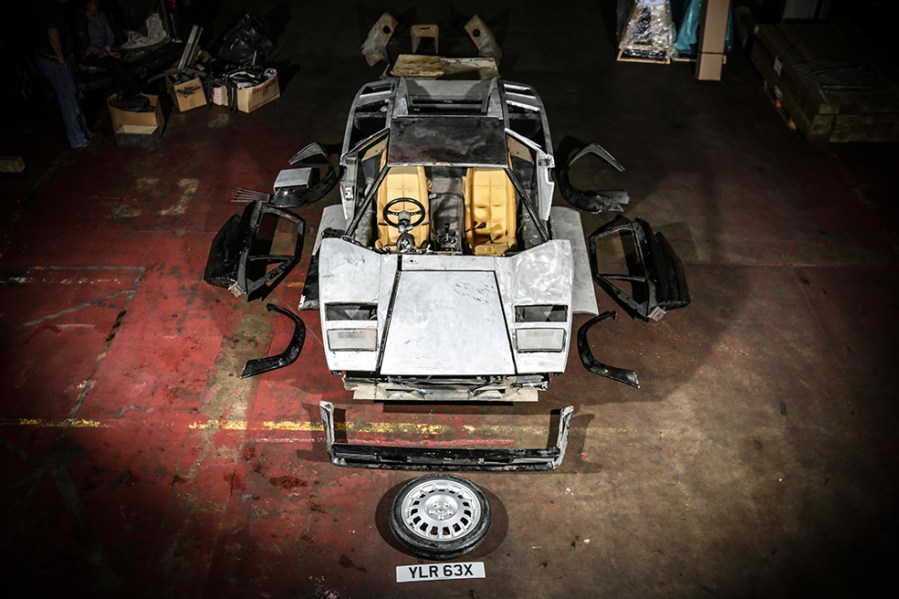 Buying project cars became a theme of lockdown as we were confined to our homes, but recent market trends indicate the desire among enthusiasts to resurrect classics has continued – even if the numbers don’t add up.

A perusal of recent auctions reveals that while there are still bargains to be had for those happy to get their hands dirty, there have also been numerous instances projects achieving eye-watering figures.

A prime example was a 1982 Lamborghini Countach 5000 S offered by Historics at the end of September (main image), which had been stripped for refurbishment before work had stalled and subsequently required a full restoration. Estimated at £145,000-£180,000, it sold for £257,000. That’s around £50,000 more than good, running examples have commanded in the United States in recent times.

Similarly, an unfinished Mercedes-Benz 230 SL Pagoda project offered by Historics earlier this year was estimated at £29,000-£36,000 but sold for a whopping £94,080. Over at Bonhams, meanwhile, a Jaguar XK150 that lost an argument with a tree in spectacular fashion and had been stored since 1996 was sold for an astonishing £90,000 – a higher figure than many good, useable examples. 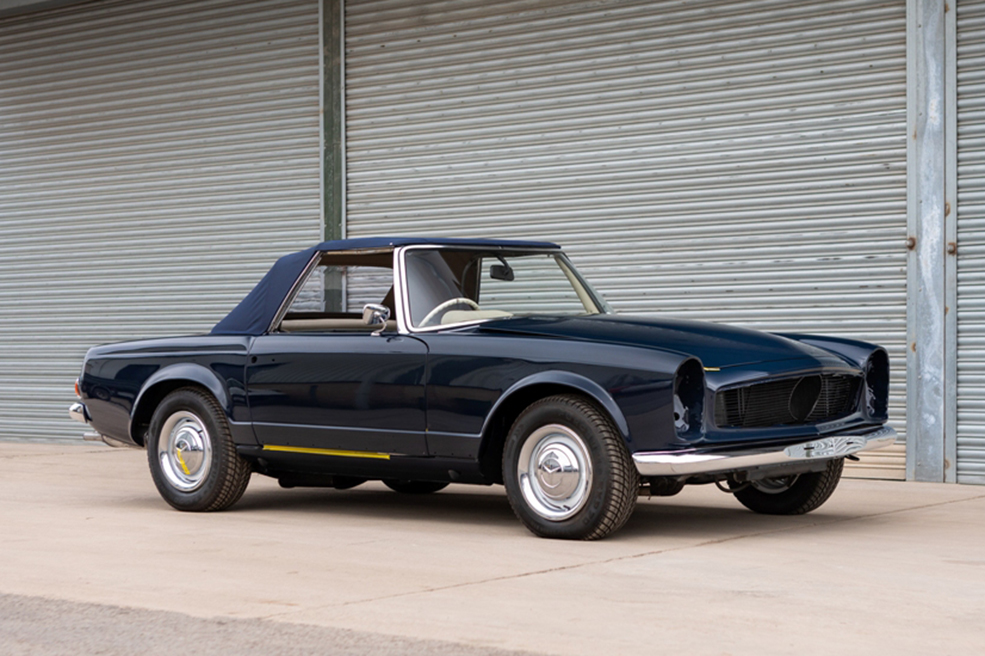 This Pagoda project more than tripled its lower estimate

But it’s not just high-end classics. Charterhouse’s October sale at the Haynes Motor Museum was dominated by projects, with one of the more surprising performers a very sad-looking 1990 Mini Racing Green LE that managed an impressive £1500 on the hammer despite having very little in the way of solid bodywork.

Likewise, a 1978 Mini Pick-up that had been off the road for more than 25 years and needed a full restoration achieved £6500. For comparison, July’s sale saw a very solid Pick-up sell for £10,000. The same sale also a partially dismantled 1960 MGA that found been found in house clearance for £16,500 plus fees – again, not far off the kind of money that would buy a road-going example.

“There is palpable excitement in the auction hall when a ‘barn find’ crosses the block,” said Michael Hodges, the marketing voice of Historics. “They make great stories. I recall the tussle amongst bidders some years ago to acquire a 1972 BMW 3.0 CSL needing complete restoration that finally settled at well over £50,000 – Bear in mind that the hammer came down on a very presentable 1972 CSL at Historics’ first auction in 2010 for £12,700. And more recently we sold an Opel Monza GSE that a previous owner had lavished an authenticated £100,000-plus on its restoration, well in excess of its value.” 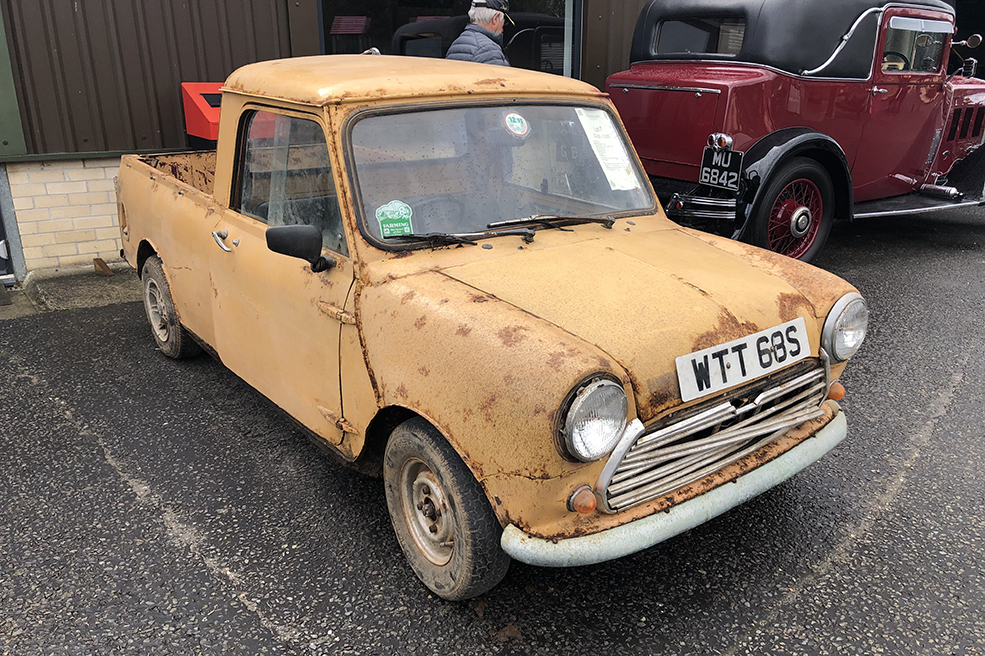 Such demand for projects has also reflected in the demand for parts, which continues to thrive even after lockdown. “It’s still crazy,” Martin Davies of British Motor Heritage told Classics World. “It’s set to be a record year for us, and it doesn’t look like tailing off anytime soon. Any slowing we have experienced has been due to the supply of steel, which meant we couldn’t make certain panels, but that’s now been resolved. We’ve had to place orders for the whole of next year already.”

So why are people so willing to shell out for a classic needing work? Alongside the motivations of investment potential and profit, many simply still covet the joy of restoring an old vehicle. “Part of the enjoyment of ownership is of course to roll up sleeves and get busy under the bonnet to some extent, encouraged by the relative mechanical simplicity of classics – it’s kind of engrained in UK motoring culture,” added Micheal Hodges. “Add to that the wealth of professional support services on hand in the UK, right up to full restoration specialists, and buying a classic that needs serious TLC becomes a big attraction – and rationality is frequently not high of the purchase decision agenda!”

Another potential factor is a greater degree of control on the finished item. “The more personal reasoning is that of purely creating something that not only have you always wanted but to the exact specification that now suits you,” said Edward Bridger-Stille of Historics. “The question regarding my own Series 1 E-type is a tricky one; do I take it back to its factory colour or try something a bit more interesting like racing silver, de-bumpered and Le Mans alloy wheels? There are, after all, a million Signal Red E-types out there.”

There could be new motivations at play, too. Classics are now routinely being converted to electric or into restomods by various fledging new specialists, and in these cases, projects could be far better suited to such requirement than a complete running car. Martyn at BMH believes these builds could also be having a knock-on effect, with the likes of RBW and David Brown Automotive inspiring a new wave of personalisation that leads people to buy cars needing work. It’s possible that the increasing frequency of restoration-based TV shows may be playing a part, too.

Of course, it remains to be seen whether enthusiasm will diminish, and we’ll see a glut of projects on the market next year. There’s a potential bottleneck in terms of those requiring specialist assistance, with several firms reporting staff shortages and long waiting lists. Nevertheless, in a changing world where sustainability is increasingly becoming king, the will to repair and revive can only be a good thing.