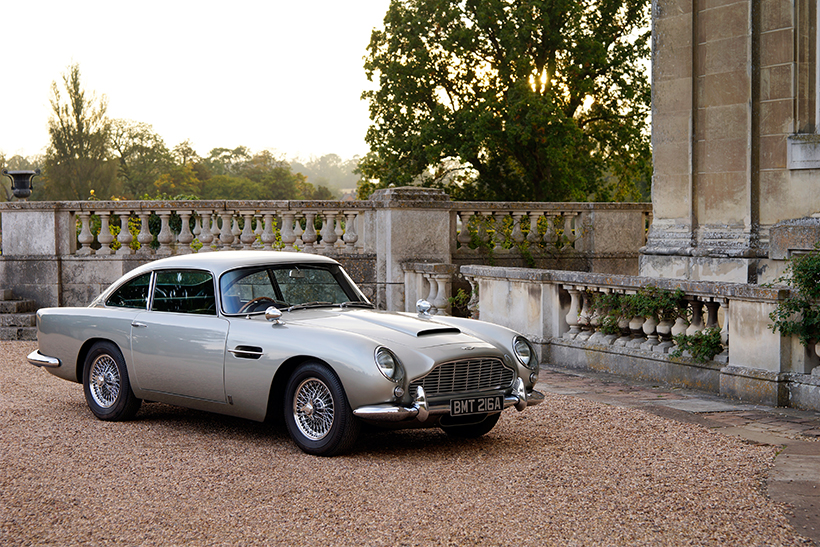 James Bond’s Aston Martin DB5 is the greatest movie car of all time, according to two separate polls. As well being recently immortalised with a new Lego model, the iconic silver DB5 was first seen in 1964’s Goldfinger and has appeared in seven Bond movies to date.

Bond’s Aston came out on top in a survey of 2000 adults commissioned by Hyundai to celebrate the appearance of its Veloster, KONA and Santa Fe in the new Marvel flick, Ant-Man and The Wasp, which began showing in UK Cinemas on August 3. In a poll crammed with classic movie icons, Chitty Chitty Bang Bang finished second, followed by Doc Brown’s DeLorean from the Back to the Future trilogy in third. Fourth place went to Herbie, the Volkswagen Beetle that has starred in five movies so far, while the Batmobile from Christopher Nolan’s Batman films was fifth.

Other popular vehicles include James Bond’s Lotus Esprit S1 which featured in 1977’s The Spy Who Loved Me and Greased Lightning from the 1978 movie, Grease. The three Mini Coopers from original 1969 version of The Italian Job secured eighth, while the Ford Mustang GT Fastback from Steve McQueen’s Bullitt came ninth.

The research also identified the greatest car chases of all time, with the sequence from The Italian Job taking honours, the chase from Bullitt in the runner-up spot and the scene from 1971’s The French Connection. Amid this, people questioned reckoned the perfect chase should last four minutes and 23 seconds on average.

In a further list poll amongst motoring editors from vehicle data specialists HPI, Bond’s DB5 also came out on top in a top ten list of Hollywood’s best ever cars (despite the Bond films being British-made!). In second place was the 1961 Ferrari 250 GT California used in Ferris Bueller’s Day Off, while third went to the 1977 Pontiac Trans Am from Smokey and the Bandit. Bond’s Lotus Esprit managed fourth in this poll, while the Bullitt Mustang rounded out the top five.

Derren Martin, head of current valuations at HPI, “James Bond’s iconic Aston Martin DB5 came out on top in our poll proving very memorable for so many. The Bond character’s legacy of famous cars and super gadgets can be traced back from this one car that featured in Goldfinger and Thunderball. It could even be one of the most beloved movie cars of all time with movie fans thanks to its amazing array of cool tricks and outlandish gadgets including smoke screen, machine guns, ejector seat, oil-slick sprayer and a more realistic pre sat-nav style map screen on the dashboard.”