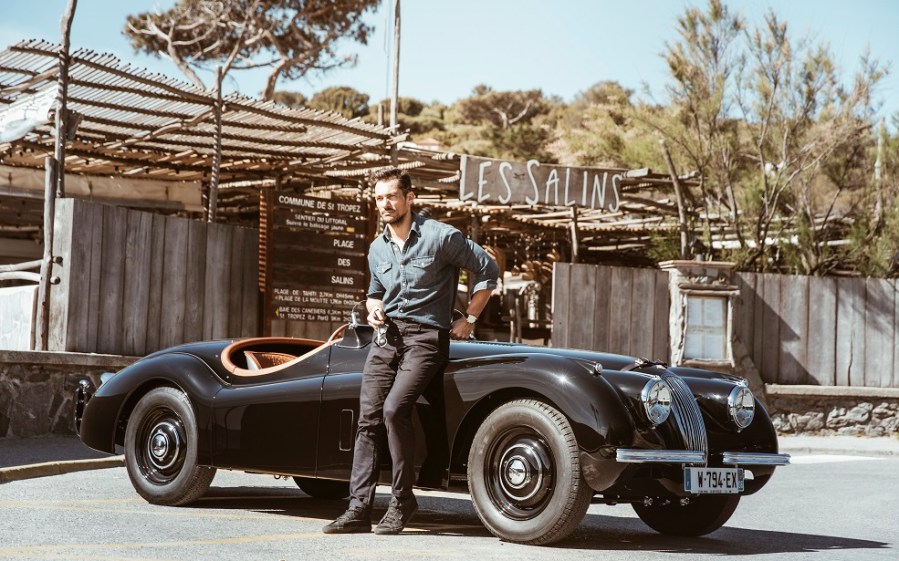 Jaguar Classic’s dedicated sourcing team tracked-down a suitable 1954 base car in California, before the team of experts at its Classic Works facility in Warwickshire worked closely with Gandy during an 11-month rebuild. Following a brief to make it race-ready for classic motorsport events such as the Jaguar Classic Challenge, the car’s specification was inspired by the original XK120 Lightweight.

The in-line six-cylinder unit was meticulously rebuilt and upgraded from the original 180bhp output to 225bhp, with a new upgraded exhaust fitted too. Further improvements include the use of a faster-shifting racing-style gearbox, disc front brakes with four-pot callipers in place of the usual drums and fully-adjustable dampers. In all, the project took 2700 hours to complete.

“Having driven a Jaguar XK120 at the Mille Miglia in 2013 and 2014, I knew that I wanted to own one of these incredibly special cars,” said Gandy. “The team at Jaguar Classic have done such a remarkable job engineering this car and executing everything that I asked for and it was amazing to have such an in-depth involvement in its creation.”