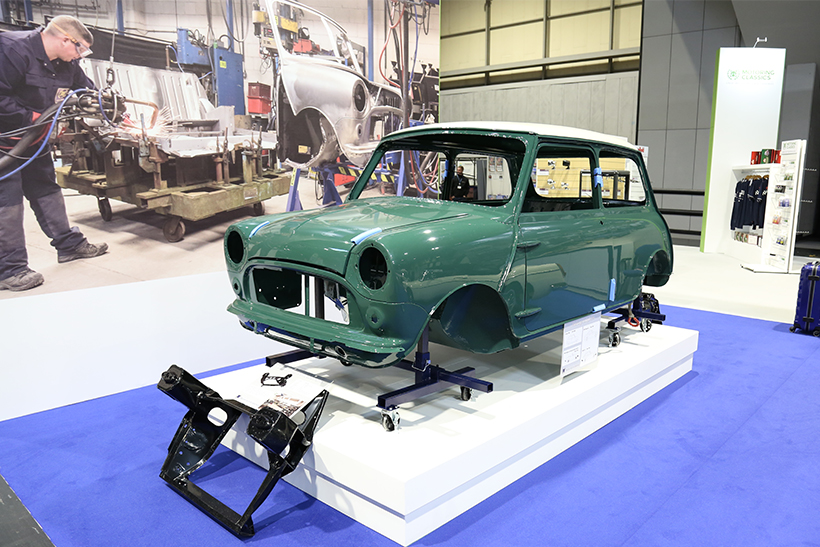 For the third year in succession, British Motor Heritage (BMH) is set to have a major presence at this year’s Lancaster Insurance Classic Motor Show, which is being held at Birmingham’s NEC on November 9-11.

Taking centre stage on Stand 465 (Hall 2) will be its long-suffering 1967 MkI Mini Cooper S, OYO 747F, which was butchered to provide master references for the prototype MkI replacement bodyshell that caused a storm of interest on the very same exhibition stand two years ago.

Fittingly, it is that exact same prototype shell that has subsequently been employed in the recent resurrection of the original car – an exacting job that was entrusted to renowned Classic Mini guru and BMH-Approved Specialist, Somerford Mini. Show-goers will also be able to see the firm’s reshelled white MGB.

Meanwhile, BMH will be promoting its ever-expanding range of Heritage replacement body panels and shells for BMC/British Leyland cars of the 1960s/1970s, plus the carefully-selected classic parts and accessories available through its burgeoning online store, Motoring Classics. The goodies on offer will include Piloti driving shoes, Tex replacement mirrors and wipers, Irvin flying jackets, Mountney steering wheels and Goodridge braided brake hoses.