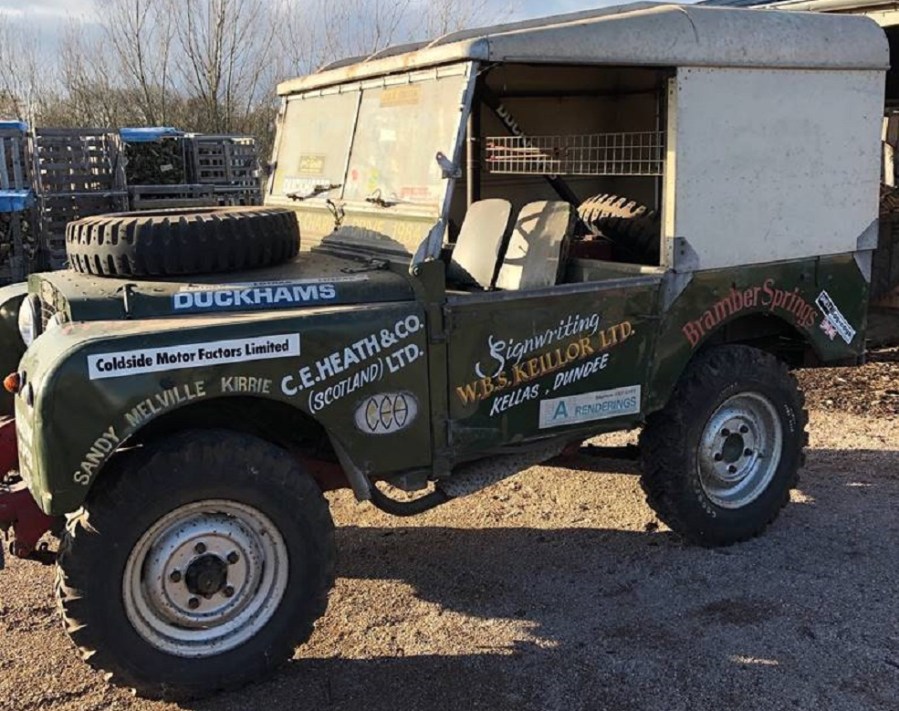 A Series One Land Rover with unique provenance is set to go under the hammer during the Pentland Auction Sale, which takes places as part of the Scotland Tractor World Show at The Royal Highland Centre near Edinburgh on March 23-24.

The 1951 80-inch model has been owned by the vendor since1982. Two years later, he joined colleagues to successfully drive it to the summit of Ben Nevis for charity. Following the expedition the Land Rover was featured as an exhibit in the Grampian Transport Museum for over 10 years, before being brought home and stored ever since.

Though the Series One will need recommissioning, the chassis is said to be good and the engine was rebuilt in 1983-84. At this time it was also fitted with a re-cored radiator and new old stock carburettor, while the steering was converted to a Series 2A box set-up (though the original is available). It features the factory seat backs with reupholstered cushions, with the original hard top and door tops are included too.

The vehicle was seen on TV and in a lot of Land Rover magazines back in the early 1980s as well as recently, and is well-known amongst the scene. It still wears all the original signage and graphics from the Ben Nevis trip, and comes with an extensive file of photos and press coverage.

It will be auctioned on the Saturday of the event, which moves into the smart heated Highland Hall for 2019, offering double the floor space. The show will feature veteran, vintage and classic tractors and machinery, together with classic commercials and vans , horticultural and garden equipment, model displays and stationary engines. For details, see www.tractorworldshows.co.uk. Auction lots can be found at www.pentlandlivestock.co.uk.