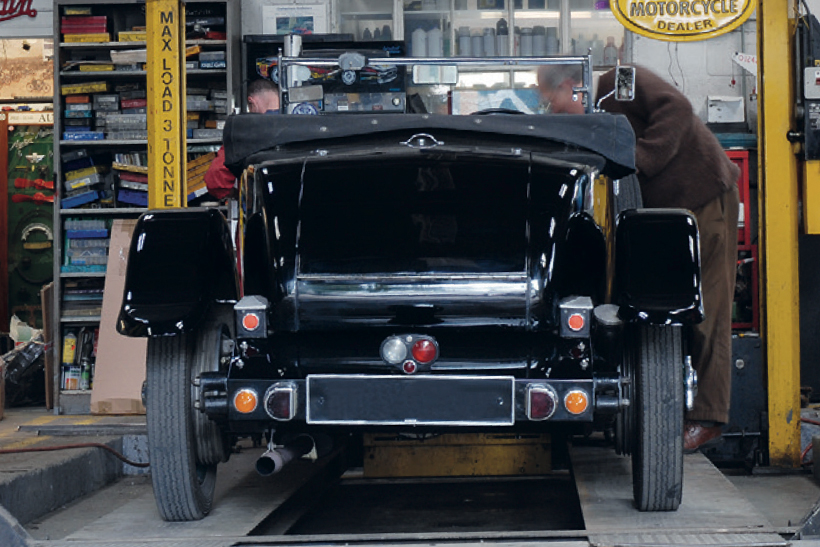 Historic vehicles over 40 years old could soon be exempt from annual MoT testing, dependent on the outcome of a Department for Transport (DfT) consultation. Subject to feedback, five proposals to revise classic car MoT tests are on the table.

The government wants to deregulate historic vehicle MoT legislation as the UK prepares to leave the European Union (EU) in addition to changes that would have to be made to domestic laws anyway, as John Hayes MP, minister of state for transport, explained:

“Until exit negotiations are concluded, the UK remains a full member of the European Union and all the rights and obligations of EU membership remain in force. During this period the government will continue to negotiate, implement and apply EU legislation. The outcome of these negotiations will determine what arrangements apply in relation to EU legislation in the future once the UK has left the EU.”

Initially published in 2014, the EU Roadworthiness Package (Directive) – to be implemented domestically within a year from May 20, 2017 – allows for member states to exempt vehicles of interest if they see fit. At the moment, UK and EU law lets pre-1960 classics onto the road without an annual roadworthiness test. Left as it is without UK intervention, the Directive would exempt all 30-year old historic vehicles from MoT testing in 2018, provided they were not ‘substantially changed’.

The DfT regards the consultation period as an ideal time to shape the EU Directive domestic laws best-suited to the requirements of the UK classic car
movement. ‘If we wish to continue to exempt vehicles of interest we will need to amend domestic law to implement the requirement of the [EU] Directive. We can also take advantage of the opportunity to exempt some post-1960 vehicles from testing,’ states paragraph 1.4 of the DfT’s consultation document, released on Thursday, September 22.

The government and DfT have proposed a 40-year cut off point to bring the MoT exemption in line with free rolling tax; what worries lobbying groups like the Federation of British Historic Vehicle Clubs (FBHVC) is the criteria defining a ‘substantially changed’ classic. “The test on roadworthiness should not turn into a test of authenticity,” said the FBHVC’s communications officer Geoff Lancaster. “Modifying cars is ingrained into UK car culture,” he added.

Arguably the Federation’s fears are justified; the DfT’s consultation document suggests using the DVLA eight-point system as a basis for exemption admissions – the same system (together with a department switch) which caused problems for owners re-registering vehicles unknown to Swansea’s computer system. “Determining the exact criteria for ‘substantially altered’ will be the sticking point,” Geoff confirmed.

At present, the DfT is erring towards a 40-year rolling exemption based on self certification or independent inspection. ‘This is the preferred option’, states the consultation document.