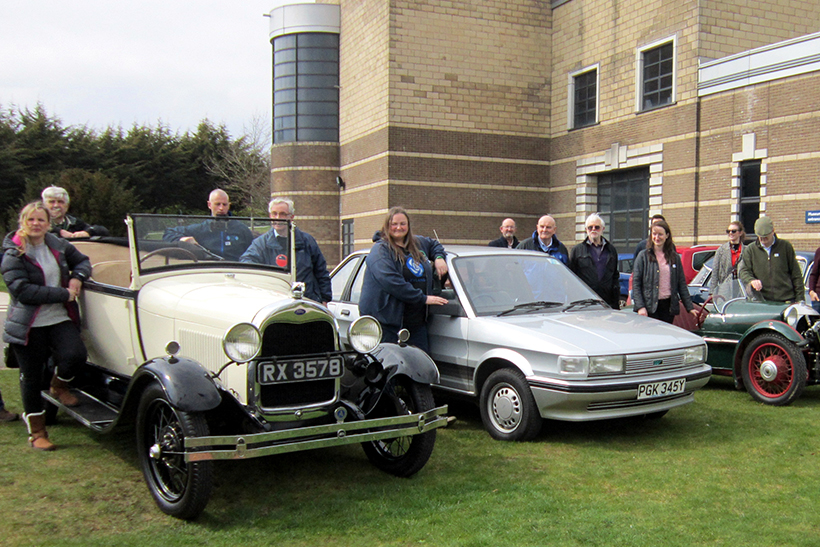 The Classic Car Loan Project is a scheme designed to encourage the next generation of owners by letting them borrow a classic for a year. This year’s hand-over ceremony took place on Saturday, April 7 at the National Motor Museum in Gaydon, where three young owners (chosen from a number of applicants) were introduced to their cars.

The vehicles being loaned out for the year were Peter Garrett’s 1929 Ford Model A Phaeton, Andrew Morrison’s 1934 Morgan Three Wheeler Super Sport and a Vauxhall Victor that had been bequeathed to the Vauxhall Victor Club by a late member.

Sara-Jane Jordan’s reason for choosing the Ford Model A was motivated by having friends in the Wolverhampton area with older classic cars and they will no doubt give her good support through the year. “I have always loved classic vehicles and in the past owned a Triumph Spitfire and a VW beetle”, said Sara.

Holly Davies will be looking after the Morgan and her father is an Austin 7 enthusiast. “I have learned quite a bit from helping dad with his Ulster, however I still have a lot to learn”, replied a smiling Holly after being presented with the keys.

Motorcycles have been an interest for Tom Pocock and he hopes his mechanical aptitude will help in the day to day care of the Vauxhall Victor. “I dream of owning a classic and a ‘Sixties sports cars would be top of my lottery win list. We attend Goodwood every year, so this stylish Victor will go down well in the car park at the Revival.”

Project manager Bob Wilkinson explained how all the new drivers have signed an agreement to use and maintain the vehicles and that insurance has been sponsored by Peter James Insurance. Other sponsors are Longstone Tyres, Duckhams and The British Motor Museum and the appropriate owners’ clubs have provided a year’s membership. Each ‘owner’ will be keeping the organisers informed of their experiences and this should encourage more owners and clubs to offer cars for the 2019 season.