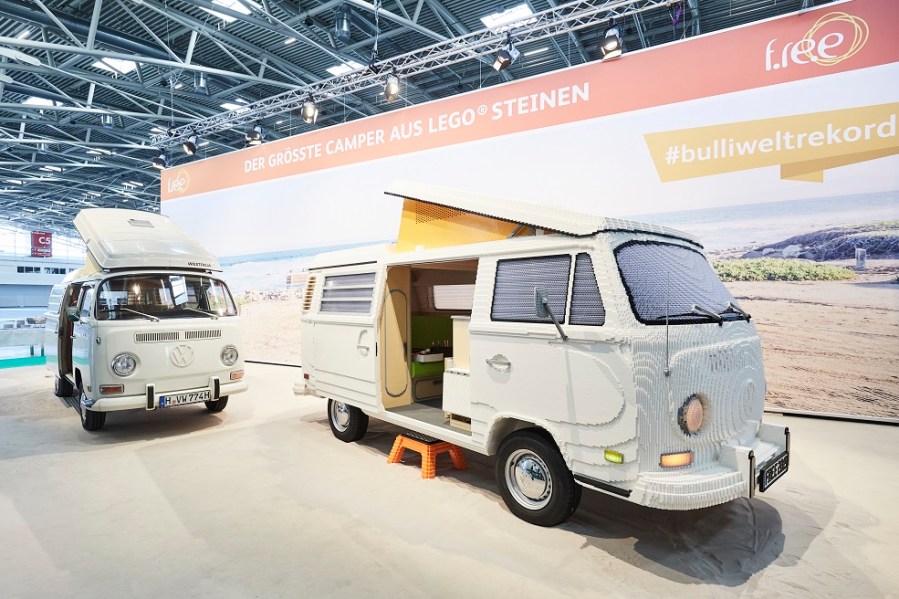 An all-new version of the iconic Volkswagen T2 camper van made a star appearance at the f.re.e leisure and travel fair in Munich last weekend, but with a rather notable twist – it’s been constructed from 400,000 Lego bricks!

Experienced model makers Rene Hoffmeister and Pascal Lenhard had just six weeks to create a life-size version of the T2 camper built from 1967 to 1971. Of course, there are no instructions for a build like this, so with the help of 3D images, the pair formulated an advance construction plan of their own. From that, they were able to calculate the precise number of bricks required, along with the rigidity required for the side walls and windows.

However, it soon became apparent that the pair were short of transparent bricks for the T2’s windows – to the tune of 20,000. That meant their painstakingly planned schedule became rather tight:  “Essentially, we would have needed a nine-day week,” recalled Hoffmeister. “However, as they don’t exist, the only option was night shifts.” 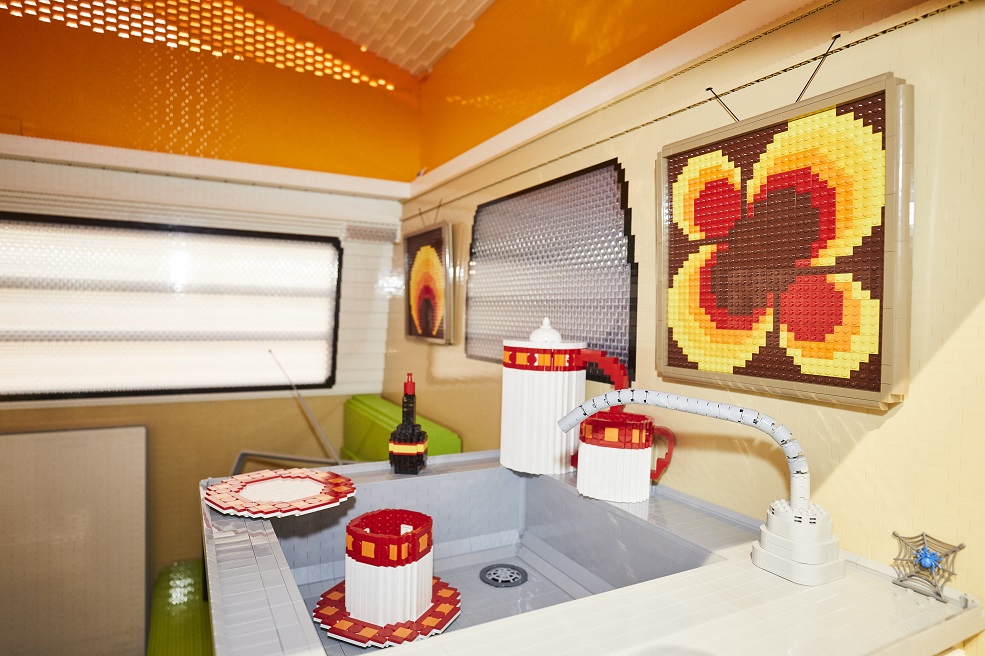 They made it however, with the finished Lego camper weighing at 700kg and measuring over five metres in length. It also stands at two metres tall, which is extended by a metre with the Westfalia pop-up roof opened. The model also features a proper sliding door, while inside, the spectacular detail extends to from a floor-mounted heater to a transistor radio, along with a hob, toothbrushes and even toothpaste!

According to Volkswagen, it’s probably the world’s biggest camper built using Lego bricks. It’s not quite as impressive as a life-sizes Bugatti Chiron built last year though; a year in the making, it used about a million pieces and could move under its own power 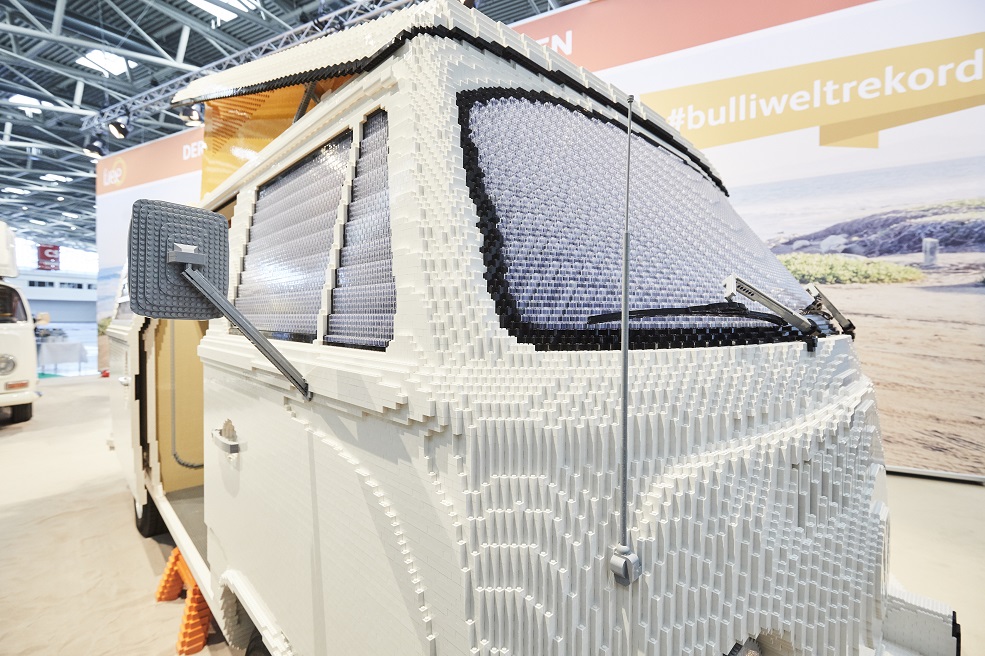