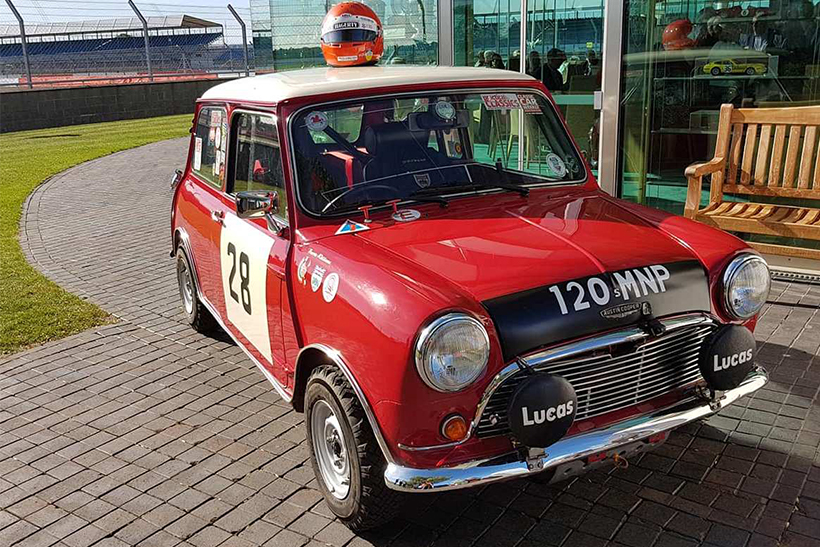 Friends, former colleagues and fellow motorsport personalities gathered at the BRDC Clubhouse in celebration of the life and career of Barrie ‘Whizzo’ Williams last month. The racing and rally driver, who became a real favourite in the world of historic motorsport, passed away September 8 at the age of 79.

In a career that lasted nearly 60 years, Whizzo turned his hand to most racing disciplines and a huge variety of cars. He famously won the 1964 Welsh Rally in his Austin Mini Cooper S, 120 MNP, which was the first international rally victory for the famed giant-killing model. He also won his first ever F3 single-seater race in 1966, and later found success instead in saloon car racing, going on to win one-make titles in production saloons with the Ford Fiesta and Renault 5, and competing as a Mitsubishi Colt Works driver in the BTCC. However, it was in historic racing that he became best known, not only for his five outright wins at Goodwood but his natural friendliness and ready wit.

The celebration was attended by Barrie’s friends at the BRDC and contemporaries from the famous and curiously-named ‘Ecurie Cod Fillet’ team for rally drivers, navigators and co-drivers of the ’50s, ’60s and ’70s and beyond, including Mike Wood, ‘Jumping’ Jeff Williamson, Basil Wales and Warwick Banks.

Amongst the highlights were a slideshow of Barrie’s career, and speeches from the likes of former BTCC star Anthony Reid, friend Andy Harrison and contemporary racer John Rhodes.

Everyone wore a flash of orange as a nod to Barrie famous orange race helmet, while outside the Clubhouse stood his Lancia Fulvia and his beloved Mini, 120 NMP. The day would end with a stunning sunset over the track – a fitting end to the celebrations.