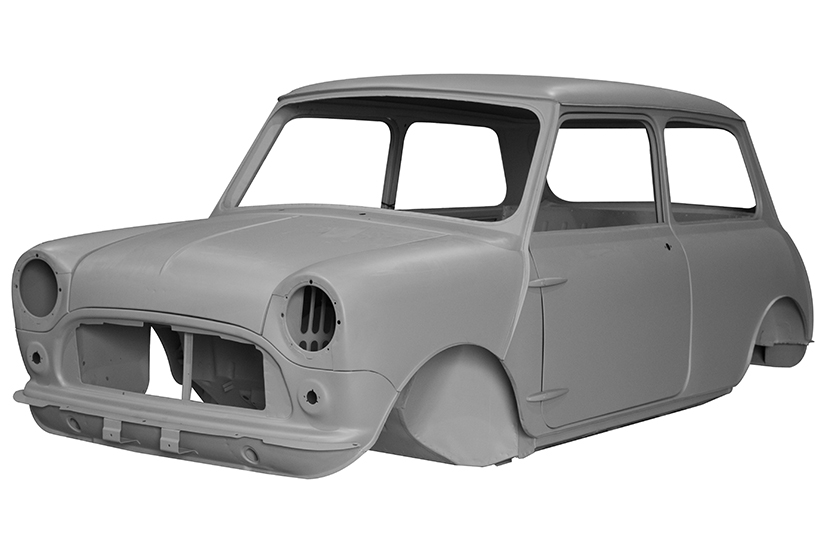 The values of MK1 Minis continue to rocket, increasingly justifying the cost of the part or total restorations that will be required for most examples sooner or later.

British Motor Heritage (BMH) has long since been at the forefront of supplying individual panels for all marks of classic Minis, and complete bodyshells for models from 1976 onwards. What’s been missing until now is the Holy Grail, a full replacement shell for the MK1, but the wait is now over!

Mini enthusiasts were given a glimpse of what was to come on BMH’s stand at the NEC Classic Motor Show last November, and the response was universally positive. The first production batch of 15 bodies will therefore commence in April, with deliveries occurring through May and June. The launch price is £9,950 inc. VAT and the company is accepting orders accompanied by a 25 percent deposit. 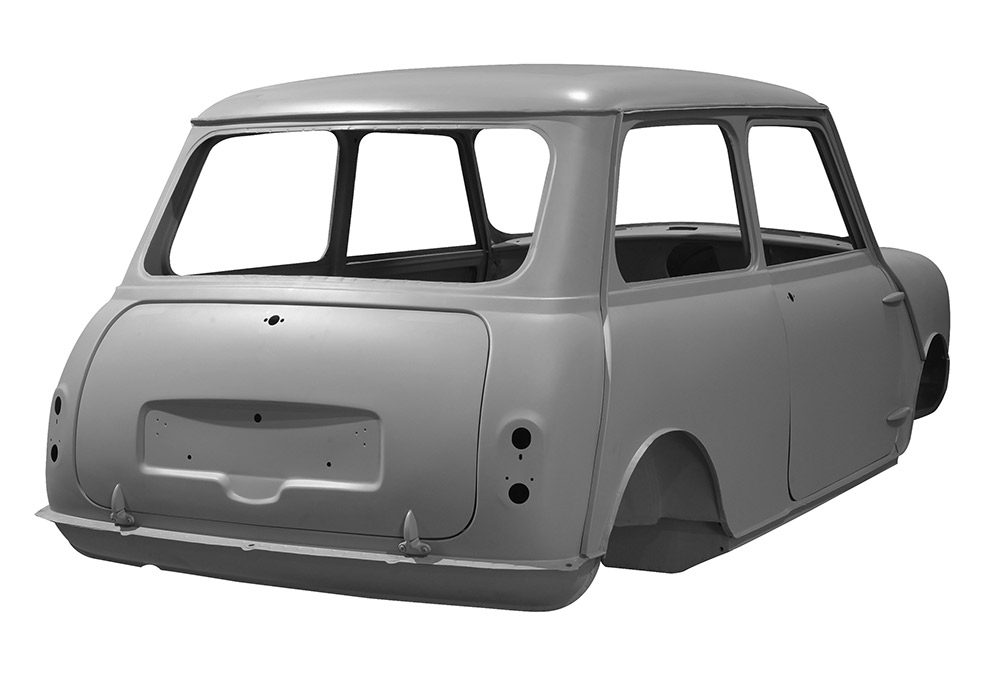 The early body is markedly different from its later counterparts. The major variances include:

Since creating the prototype body, BMH has commissioned additional tooling to refine the finish and improve the build quality. The company is indebted to M-Machine for allowing it to use their MK 1 floors and sills, as the cost of retooling these items would have made the project unviable. BMH has also used the later front bulkhead crossmember assembly as retooling for this non-visual part would have been prohibitive, and opted not to form the rotodip hole in the rear seat squab; recognising that a significant element of demand for the new shells will almost certainly be for historic motorsport.