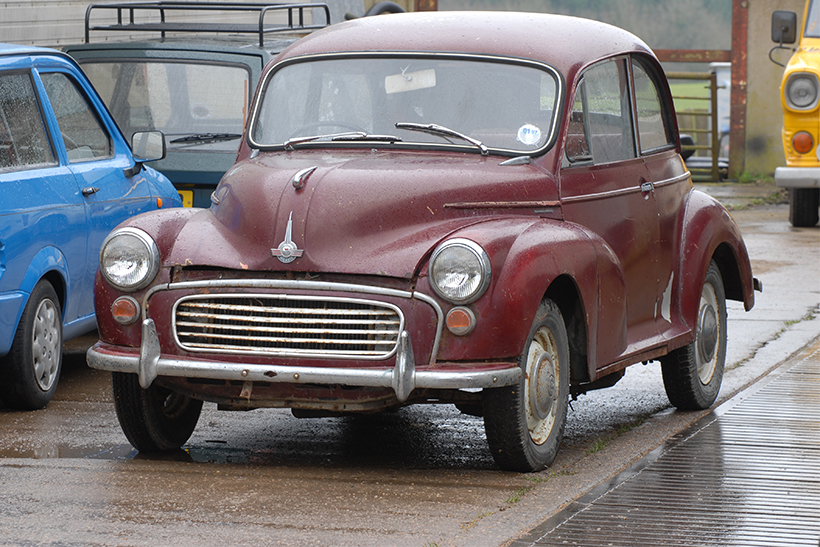 The debate over MoT test exemption for eligible ‘historic’ vehicles has intensified following damning evidence that the lack of annual testing has led to unsafe classics are being driven on the UK’s roads.

It’s now over three months since the rolling exemption for classics registered over 40 years was introduced in May, despite heavy opposition. The Department for Transport consulted with 2141 individuals, clubs, trade bodies and businesses before making its decision, and of those just 899 were in favour of extending the exemptions, with 1130 opposed.

Justification for the changes was made on the belief that historic vehicles are generally well maintained and used mostly for short journeys, and the rules clearly state that you are still obligated to “keep the vehicle in a roadworthy condition.” However, that relies on a system of self-regulation that is increasing appearing to be very flawed. It opens the door to unscrupulous folk who won’t think twice about driving a rot box, or those who aren’t mechanically savvy enough to understand what makes a car unroadworthy and the dangers that could result.

In cases of the latter, the government has cited the availability of voluntary MoT testing. However, its own figures speak for themselves; just six per cent of owners of pre-1960 vehicles still undergo testing, while early figures suggest tests on pre-’78 cars have dropped by half. These damning figures are especially worrying, as the MoT test is an inexpensive way of helping to ensure you haven’t missed a vital safety issue.

A prime example of the worrying trend for negligence was revealed last week by independent Rolls Royce and Bentley specialists Daniel Moore & Co, which caused a huge stir on Twitter when it published a pic of a completely bald tyre it had discovered on a Bentley that had been presented for a simple oil change. “So hands up anyone that agrees with classic cars not needing an MoT,” read the tweet. “Today I removed a lovely tyre from a car that was dragged from a field and put straight on the road! The car would be capable of well over 60mph near a school or playground! Things must change!”

Proprietor Daniel explained the background behind the story to Classics World: “It was found on a 1948 Mk6 Bentley, so its capable of more like 100mph than 60 really. Looking at the date, the tyre was from somewhere around 1960. It pre-dates tyre tread depth law, which came in because of people running their tyres that bald, and it’s probably been this way since the ’60s. When I took the tyre off the wheel, there were two tubes inside. One had disintegrated, and another had just been shoved in on top of it. Amazingly the owner had driven it down to Dorset with that tyre on.
“That isn’t the worst part,” Daniel continued. “I explained that he couldn’t possibly drive the car, so we negotiated a piece and I actually bought it from him, but it’s too far gone to be put back on the road. It looks like it was probably stored inside and then found its way outside for 10 years or so. Somebody got it started, and the guy thought ‘it doesn’t have to have an MoT, so I’ll just drive it’. And that’s what he did.

“This isn’t the first time I’ve seen this either. You go to autojumbles and see someone who’s pulled out grandad’s car and are just running it on the road. This one was stupidity – if you were to see what was holding the body to the chassis, you wouldn’t believe it.”

The Tweet prompted a huge response including a host of comments and retweets from famous motoring personalities. Established journalist and broadcaster Quentin Willson aid that the discovery was “a chilling example of how little ministers and civil servants know about cars,” adding “this MoT exemption that nobody asked for will ultimately cost lives.” Similarly, Salvage Hunters: Classic Cars co-presenter Paul Cowland expressed his passionate views on the subject: “Keep the MoT for older cars. The real enthusiasts want it anyway, and those that don’t, may not be on the same page as the rest of us.”

With the number of MoT test exempt vehicles now almost half a million since May, we can expect as rise in cases such as this. Indeed, this is not an isolated incident – we’ve seen MoT test exempt cars at specialist garages with serious defects, and just because some are rare and valuable does not mean they don’t suffer from wear or bodged repairs.

Indeed, exemption has even become a selling point for classics in recent months. Countless online ads now make a reference to a car’s MoT test exempt status, and its often vehicles in poor condition of needing restoration. The expense of transporting a vehicle could easily lead to more unscrupulous buyers simply driving unroadworthy classics home, with the potential for very serious accidents or even fatalities.

Our recommendation, as it’s always been, is to continue to submit your car for an annual MoT test or ensure it is regularly inspected by a specialist if you do not possess the necessary skills yourself – preferably both. But of course, we’re likely to be preaching to the converted here, so in our view the MoT test or similar needs to be put back in place to at least provide some level of safeguard those who aren’t so conscious of their actions.

Daniel Moore added: “If these cars are not going to have an MoT, they have to have some form of paperwork to say that somebody qualified has looked it. I have five Mk6 Bentleys and I don’t MoT any of them, but I’m a fully qualified ex-Rolls-Royce engineer and an ex-MoT tester myself, so I don’t need an MoT tester to tell me what to look at. But the owner of this Bentley knew nothing about cars and is not mechanically minded at all. If he’d have had an accident and someone was killed, the knock-on effect for the rest of the classic car fraternity will be very serious indeed.”

Without regulation, it could only be a matter of time until a serious incident occurs. Relying on an owner’s conscience just isn’t enough.