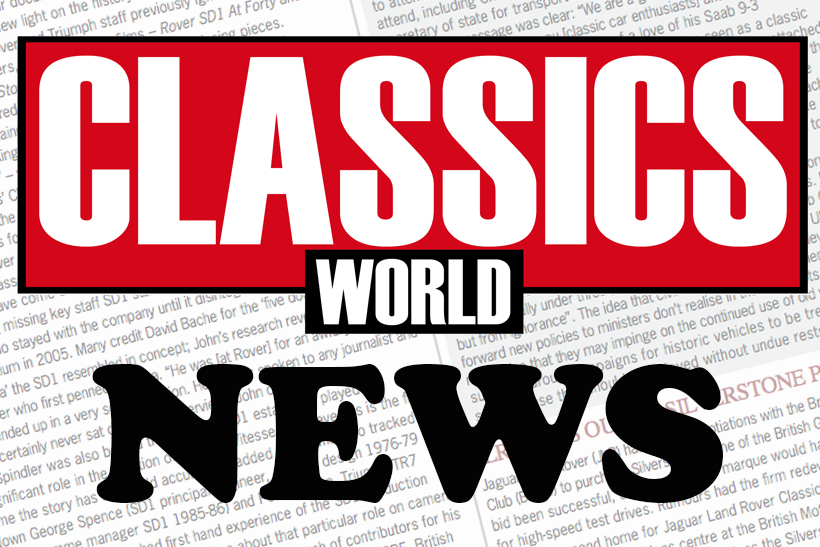 Saturday, October 15 saw British classic vehicles with a combined valuation of £19,033,150 line up on the forecourt of Buckingham Palace to help commemorate the 90th birthday of Her Majesty The Queen. Each car was inspected on her behalf by HRH Prince Michael of Kent.

Organised by the All Party Motor Group (APMG) and All Party Parliamentary Historic Vehicles Group (APPHVG), there was a British vehicle to represent each year of the Queen’s life: the cavalcade began with a 1926 ‘Bullnose’ Morris Oxford Tourer and ended with a 2016 Ford Focus RS.

Billed by some as the best-ever gathering of British vehicles, the line-up included a Commonwealth promotional tour 1952 AEC Regent III double-decker

(used on a 12,000-mile tour of the USA and Canada that year, promoting British goods and tourism), the British Motor Museum’s 1959 Morris Mini-Minor, a McLaren P1 hybrid and a Jaguar F-PACE.

Reflecting on the day’s events, APMG chair Richard Burden said: “It was wonderful to see so many people celebrating HM The Queen’s 90th Birthday at Buckingham Palace on Sunday. There was a great selection of British cars, both old and new, spanning the course of The Queen’s lifetime. This was a celebration of both The Queen’s birthday as well as the car industry.

“Thank you to the Palace for hosting the event and to all those who made the journey to contribute to an amazing display of vehicles.”