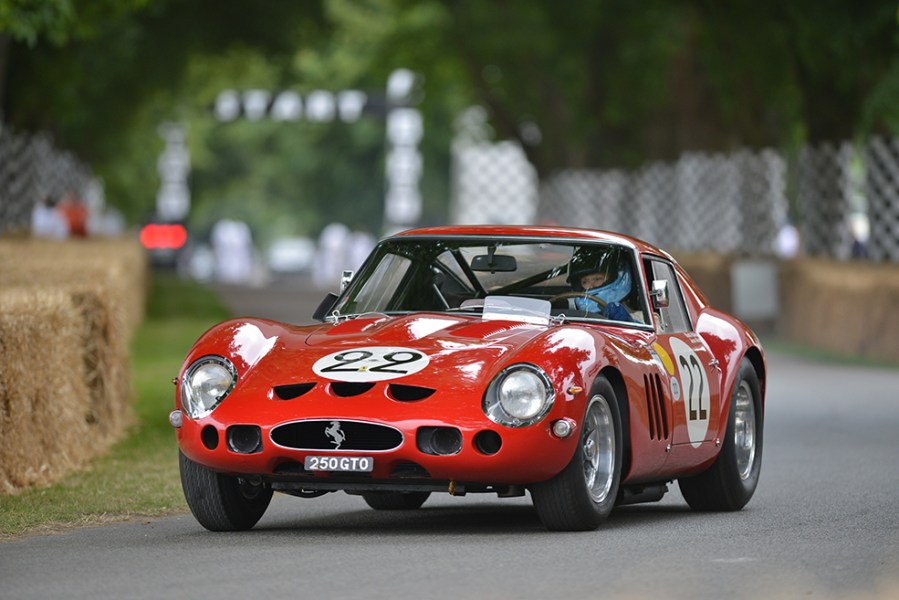 Daytona and Dino; 250 and F40; GTO and California – names and numbers that, as any self-respecting petrol head will know, can only mean one thing: Ferrari.

This year – 2017 – marks the 70th anniversary of Ferrari road cars, an event that will be marked by an incredible display of 20 of the greatest cars ever to wear the famous Prancing Horse.

The cars, together conservatively valued at more than £120 million, will form one of the major attractions at next moth’s eagerly-anticipated London Classic Car Show which runs from 23-26 February at ExCeL, London.

Among the greats confirmed are a 275 GTB, 250 California, 250 GT SWB, Daytona, Dino, an F40, 250 Lusso, an Enzo plus a revered 250 GTO, which on its own is worth more than £30 million. The special anniversary showcase is being curated by The London Classic Car Show together with renowned London-based performance car expert Joe Macari.

“With these spectacular machines on display, the centrepiece of the London Classic Car Show will be a veritable ‘red sea’ of Ferraris showing the evolution of the marque over its seven decades,” said event director Bas Bungish.

Classic Ferraris won’t be restricted to the 70th anniversary display either, as single-seaters, sports racers and modern supercars will be representing the marque in another of the show’s attractions, The Perfect Ten.

Fifty of the world’s most desirable classics under ten headings – saloon, coupé, convertible, sports car, supercar, hatchback, shooting break, sports racer, streamliner and single-seater – will be paraded along The Grand Avenue, a roadway that runs through the centre of the show. The Grand Avenue allows visitors to see and hear their favourites in action and indoors – no need to brave the elements outside.

New for this year is The Grand Avenue’s Open Paddock, allowing visitors to get even closer to the star cars while another innovation is the Beaulieu Pop-up Autojumble. Top-class stalls will bring a flavour of the world-famous autojumble to London by selling classic car parts, books and magazines and motoring ephemera.

The Pop-up Autojumble will form part of Car Club Square where some of the country’s leading one-make clubs will be staging displays of their favourite machines and with club members on hand to discuss the merits of their chosen marque or model.

Now in its third year, the London Classic Car Show is bigger than ever and will have more than 700 stunning classic cars on display, some for sale from leading dealers in the classic world.

And this year it incorporates a second show, Historic Motorsport International (HMI), which is devoted to historic racing and rallying and will include 50th anniversary celebrations for the Ford DFV Grand Prix engine and the birth of Formula Ford.

Tickets to the 2017 London Classic Car Show/HMI are now available from the show website – and start at £24 for single adult entry (£27 on the door on the day).