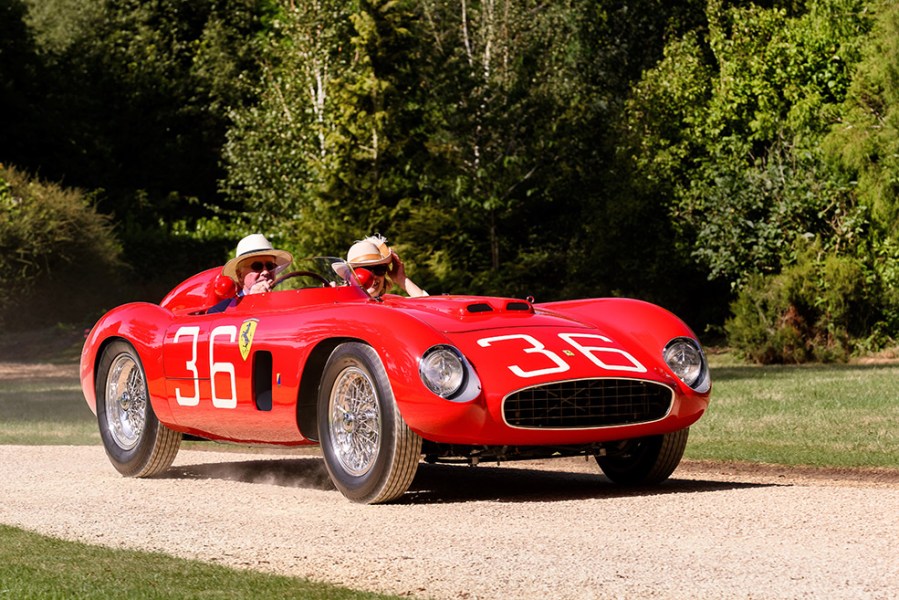 Blenheim Palace is the ideal venue for top-drawer supercar event. Salon Privé hosts machinery from the world’s most exclusive brands. These include such exotics as BAC, Bristol, Maserati, McLaren, Ferrari, Koenigsegg, Noble, Lamborghini and Bugatti, as well as top-end models from mass market manufacturers such as Alfa Romeo, Mercedes-Benz, Jaguar Land Rover and Porsche.

As Salon Privé is billed as a concours d’elégance the standard of the cars on display really is up there with the very highest we’ve seen. It’s unusual not to see a brand new Porsche 918 looking spotless for example, but when you look over your complimentary flute of champagne – just one of the many hardships we endure for you dear reader – to see a genuinely immaculate 50-year old Lamborghini Miura, well that’s something else entirely.

While we’re on the subject of Lamborghini, the bull-badged bastions of brutal Bolognese brilliance was celebrating its 50th year in style at Salon Privé. The aforementioned Miura was just one of a half dozen that created a centrepiece display dedicated to Lamborghini’s genesis model.

Elsewhere there were UK exclusive first unveilings from Lamborghini in the form of its new Centenario and also Bristol Cars making a triumphant return with the first full public look at its new Bullett. There was also the new Range Rover Supersport from Jaguar Land Rover and the global unveiling of the all electric three-wheeled Morgan EV3 in conjunction with Selfridges.

In spite of all these new launches it was, of course, the classic metal that held our attention. A Bugatti EB110 SS had to be walked around several times before its true glory began to sink in, and right behind it was a Ferrari F40. Among the many other highlights were a black Ferrari 288 GTO, a Porsche 924 Carrera GTP and a genuine 427 Shelby Cobra.