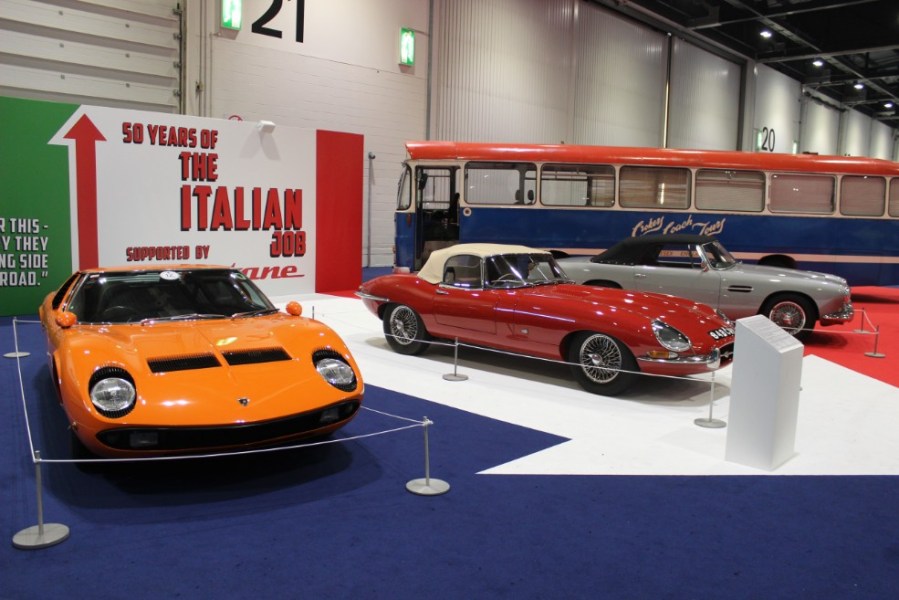 There was love in the air at London’s Dockland area on Valentine’s Day, but the affection was being directed at cars rather than over a cramped table for two in a chain restaurant. That’s because the London Classic Show 2019 was getting underway for the fifth time at the ExCeL exhibition centre, running from Thursday February 14 to Sunday February 17.

This show is usually pitched at the higher end of the classic car spectrum, no doubt helped by its proximity to London’s financial hub. That means a slick array of gleaming exotica, evidenced by the Aston Martin Works display, which showcased Astons across five decades, and some incredible restored Mercedes on the Brabus Classic stand. Evolution E-Types also wowed the crowds with the unveiling of its aluminium-bodied restomod Roadster.

For 2019, however, things were arguably a little more balanced. That meant more achievable classics like Rover SD1s, MG ZTs, Triumphs TRs, Capris, Escorts and at least one Allegro mixed in amongst the high-end traders and exotica. The show’s anniversary tributes were ‘everyman’ in their leanings too, with a special stand commentating 100 years of Citroën, plus tributes to 50 years of the Capri and 60 years of the Mini. The latter was marked by a great display from the Southern Mini Owners Club featuring a fascinating and very rusty 1959 project, plus a special ‘art car’ decorated by artist Ian Cook. 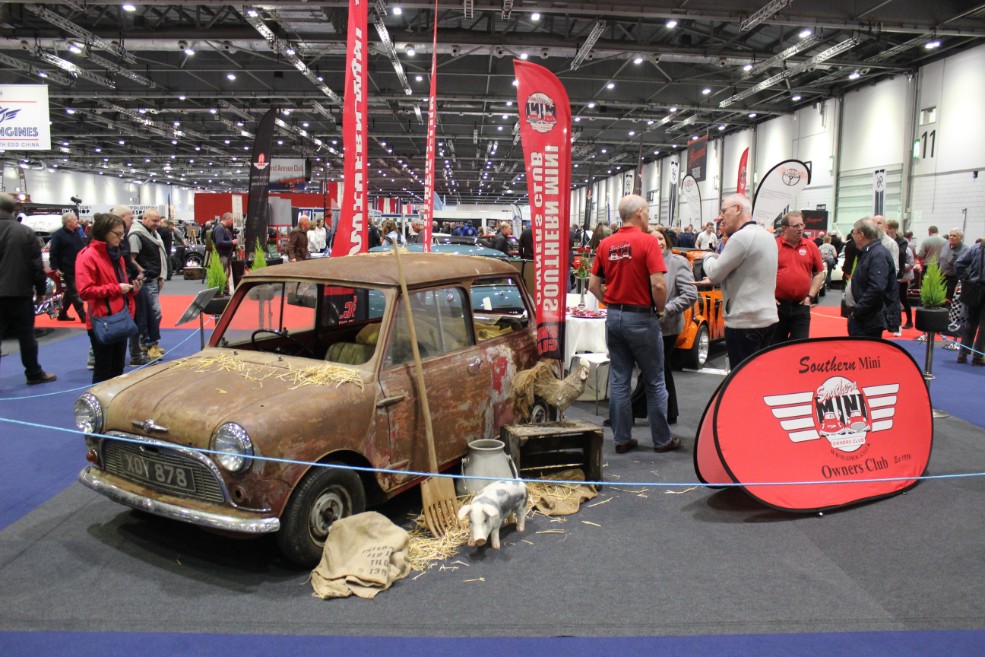 Quentin Willson also brought his 1959 Mini along, which would feature in a special parade up and down the event’s ‘Grand Avenue’. A unique centre-point for the show, this is a strip of ‘tarmac’ that splits the show’s main hall in two. Amongst the Minis and its derivatives was the very first Unipower GT, a pre-production Riley Elf, a Heinz Hornet, the two round-the-world Minis supplied by Mumfords in 1980, and a rare Broadspeed GT.

The Grand Avenue would prove to be busy over the weekend, with the Minis joined by Citroën and Bentley centenary parades and various other highlights. These included forced-induction heroes and a celebration of ‘firsts’, headlined by the 1886 Benz Patent-Motorwagen that is widely recognised as the first production automobile. Some cars struggled to negotiate the roundabout at the half way point, with a lengthy Studebaker turning it into a three-point turn!

That wasn’t it for anniversaries though, for the show also included a brilliant 50th birthday tribute to the original 1969 incarnation of The Italian Job film. Two genuine film cars – the red E-Type and the DB4 Convertible – were part of the display, as well as a correct-spec orange Lamborghini Muira and replicas of the three replica Minis. Remarkably, there were also recreations of the OM Furgonato Sicurezza ‘Bullion’ van and Bedford VAL coach. David Salamone, who played Dominic in the film, was a special guest.

Elsewhere, other attractions included the Coys Auction and a fantastic display of aero-engined cars curated by TV star Edd China. The career of car designer Ian Callum was also honoured with a celebratory exhibition of his work featuring the Jaguar iPace, F-Type and XK models, plus the Aston Martin DB9 and the Ford RS200. Ian was amongst the many stars and personalities to participate in fascinating talks hosted by the Supaguard theatre, which covered subjects such as investments, apprenticeships and historical anecdotes.

One particular talk centred on the future of electric cars, with Tiff Needell arguing the toss with EV advocate and Lazy Boy Garage Presenter Jonny Smith, Richard Morgan of Electric Classic Cars, journalist Paul Hudson and Edd China. The panel managed to talk a sceptical audience round to some degree of acceptance, with even Tiff swayed to the idea of a converted Citroën DS but still a firm no on an electric Ferrari.

Like them or not though, electric cars look set to be a big part of the future. No less than five traders were showcasing such vehicles here, including Electric Classic Cars with its Fiat 500, RBW’s MGB, London Electric Cars with its Land Rover conversion, Swindon Powertrain’s newly-launched E Mini and the Eden Mehari sold via the 2CV Shop.

As for the show itself, it could do with a few more attractions to justify the entry price, or perhaps cheaper tickets. That said, we struggled to cover it all in a day, and certainly had an enjoyable time in the Capital. We look forward to seeing what next year brings.