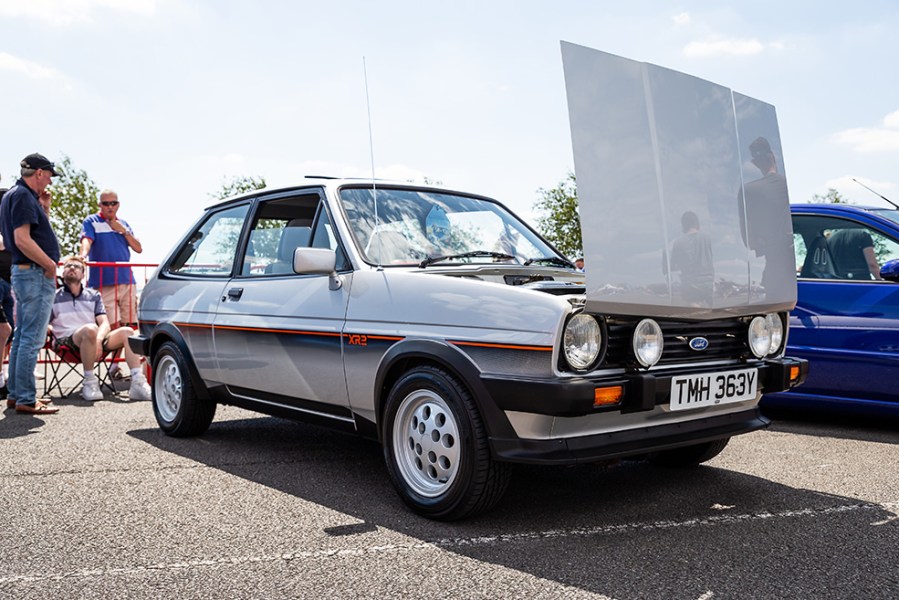 The 33rd Ford Fair on August 5 proved to be a resounding success, with more than 18,000 fans from all over Europe descending on Silverstone for this annual Blue Oval celebration.

Every available inch of the Northamptonshire circuit’s layout was filled to the brim with Fords on display from various forums, Facebook groups, online communities, and of course, owners’ clubs. Fans of older Fords were well catered for too thanks to The Classic Zone, which was headed up by Classic Ford magazine and was full of past, present and future magazine feature cars. Also included was the Homebuilt Hero display, along with celebrations for the 35th anniversary of the MkII Fiesta and the 40th anniversary of the MkIII Capri.

Fast Ford magazine housed an impressive display too, with another winning blend of magazine feature cars and dedicated displays. These included a very special celebration of the RS brand, with visitors transported through a 50-year timeline showcasing the evolution of the ultimate go-faster Ford label.

As you’d expect from the biggest Ford show in Europe, Ford UK were in attendance with some stunning new models, including the mighty Mustang Bullitt. It also brought along the famed Ford Live Action Arena, which saw driving ace Paul Swift show off his skills with incredible stunt demos and a J-turn masterclasses. Those visitors who wanted to try a stunt of their own could take on ‘The Leap’ – a jump from a four-metre high platform into a giant Ford airbag! Meanwhile, an impressively-packed retail village included a stand from headline sponsors mountune, which featured signing sessions and photo opportunities with BTCC star Sam Tordoff.

Being held at Silverstone, it’s only natural the track action would be at the heart of the event. In between various demo sessions, visitors took to the circuit in a serious of Ford-only track sessions, with further opportunities to grace the hallowed tarmac in the shape of the TurboSmart Sprint Test – a hard -fought battle of out-and-out speed.

Concours competitions have always been a huge part of the event, with this year no exception. A full list of concours winners will be available from the official show website; Ford Fair

Ford Fair will return in 2019, but fans of the Blue Oval still have one more chance to celebrate in 2018, with Ford Fest set to take place at Santa Pod on September 30. For more info and advance tickets, go to; Ford Fest