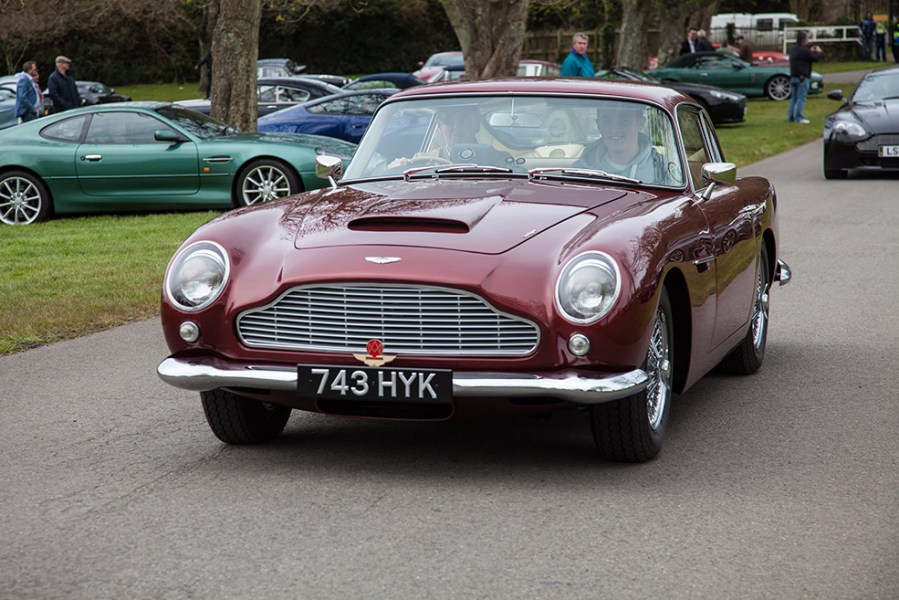 In the grounds of the National Motor Museum, visitors will be able to see up-close an awesome line-up starting with the 1950s DB2/4 and following the timeline with the DB4 Vantage, DB6, DBS, DBS Volante, DB7, DB7 V12 Vantage, DB7 GT, DB9 and DB9 Volante.

This jaw-dropping display will chart the lineage of the cars that took their name from Sir David Brown, the entrepreneur who was at the helm of the iconic company for a quarter of a century, owning Aston Martin from 1947 until 1972.

Senior Events Executive Andy Ollerenshaw said: “We are excited to achieve this spectacle of a timeline which is unique to the Simply Aston Martin event. We hope that more owners will come on the day to extend it even further.”

Simply Aston Martin’s launch show last year gathered more than 350 iconic performance machines, making it one of the biggest rallies for Aston Martins in the south. All Aston Martin owners are invited to join the show, with treasured cars from pre-war rarities to the latest models. Owners can also admire the cars on show, chat with like-minded enthusiasts and enjoy all of the features of the Beaulieu attraction.

Five area branches of the Aston Martin Owners’ Club are booked to attend the event, while Aston Martin dealers will lead convoys of their customers’ cars to join the impressive line-up.

Throughout the day, event participants and Beaulieu’s attraction visitors will have the chance to vote for their favourite car of the show with the People’s Choice Award. In the afternoon, the winner will receive a Beaulieu trophy, before leading a cavalcade of the most popular cars through the attraction grounds.

For participants arriving in an Aston Martin and joining Simply Aston Martin in the Beaulieu grounds, entrance tickets are £10 an adult and £5 a child. Tickets can be bought in advance online or on the day. To buy a ticket or for more information see Beaulieu or call 01590 612888.

Included in the admission ticket is access to all of the Beaulieu attraction, including the National Motor Museum and its collection of more than 250 vehicles, the World of Top Gear, On Screen Cars, the 13th century Beaulieu Abbey, Palace House – which has been home to the Montagu family since 1538 – and its stunning grounds and gardens.

Entry into the Beaulieu parkland for participants is from 9.30am, when the Brabazon Restaurant will be serving hot drinks and breakfast snacks. All other visitors should enter Beaulieu though the Visitor Reception building with a standard attraction admission ticket from 10am.