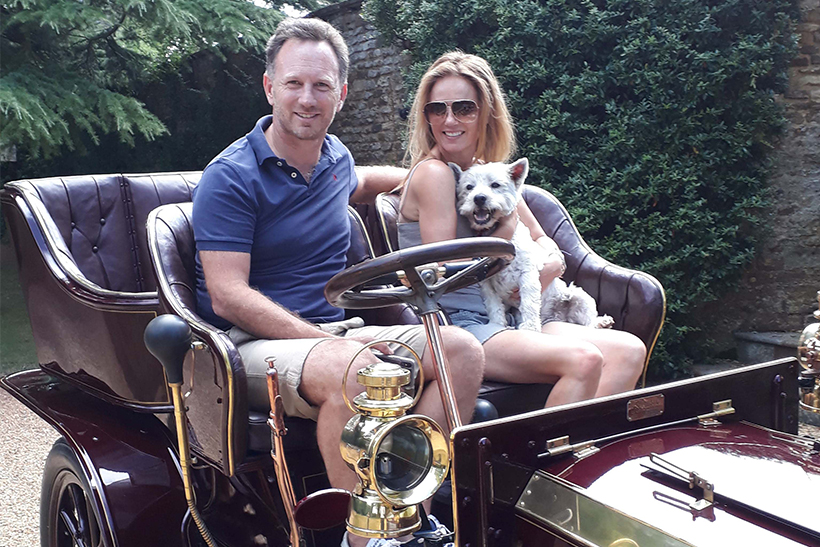 A celebrity team consisting of Christian and Geri Horner is to participate in the Bonhams London to Brighton Veteran Car Run on November 4.

The husband and wife team will be joining the longest running motoring event in the world. Christian is Team Principal of the hugely successful Red Bull Racing Formula One team, while singer-songwriter Geri shot to international stardom as ‘Ginger Spice’ in the Spice Girls – the most successful girl group in pop music history. They’ll be joining a roster of big-name participants that has included Damon Hill, Eddie Jordan, Charlie Boorman and Chris Evans in the past.

Christian and Geri will share a 1904 Panhard-Levassor belonging to Lord Irvine Laidlaw, a Conservative peer who has previously raced in a Le Mans-winning Jaguar, for this year’s run from Hyde Park down to the famous Sussex resort.

Laidlaw will drive a significant portion of the route, but will hand over to Christian, who made it to the F1 feeder series International Formula 3000 in the 1990s as a driver, for some parts. Recently

Christian, Geri and the family dog enjoyed a successful test outing aboard the 15bhp open top machine. It’s not the pair’s first classic either, because they bought Ringo Starr’s famous Hooper Mini hatchback for £102,000 in December 2017.

“We had a terrific test drive,” reported Christian. “The car was a lot of fun and relatively lively once you’d mastered the basics. We’re now really looking forward to taking part in the Run in November – even if it’s cold and wet that won’t dampen our enthusiasm.”

Christian and Geri will not be the first to share the drive with Lord Laidlaw. Four years ago Olympic and America’s Cup sailing legend Sir Ben Ainslie swapped wind power for horsepower.

As in recent years, the Veteran Car Run will act as the finale to the Royal Automobile Club’s London Motor Week, which also includes the free-to-view Regent Street Motor Show, now held annually on the Saturday immediately before the Run.