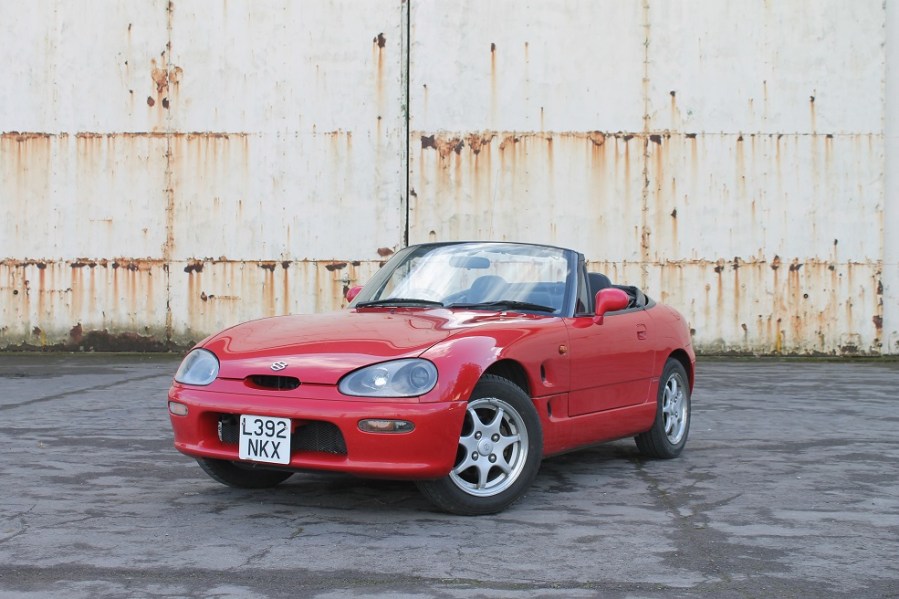 In this Market Trends we look at three Japanese Kei cars; the Daihatsu Mira/Cuore, the Suzuki Cappuccino and Honda Beat…

A key point surrounding the Kei-car classification was the requirement to prove the ability to park your larger car. For those without a permanent, reserved parking spot – think about that in a busy Tokyo – or the appetite for higher running taxes, the tiny Kei-car had wide appeal even for those with healthy budgets. Therefore all sorts of exotic configurations were developed within the constraints of the class, including roadsters.

In 1991, Suzuki introduced its Cappuccino, a rear-wheel drive two-seater with a clever removeable roof. It could be a weather-proof hard-top, a partially open targa, or a full convertible. A three-cylinder, 12-valve turbocharged and intercooled engine provided the requisite 63bhp, while aluminium double-wishbone suspension and four-wheel disc brakes completed the package. By 1993 type-approval for the UK was met and over a thousand cars were officially sold new here.

They have always held a cult following and values have never dropped too low, although there was a period before 2010 where one could be picked up for around £1000. Since then prices have gone up to £3000 and remained robust. Today there are suggestions of further climbing, as some of the more exotic Kei-cars shoot up (particularly Mazda’s Autozam AZ-1) and the very best examples start to fetch higher values. A £4000, £6000, £8000 Cappuccino is no longer that unusual in today’s market. 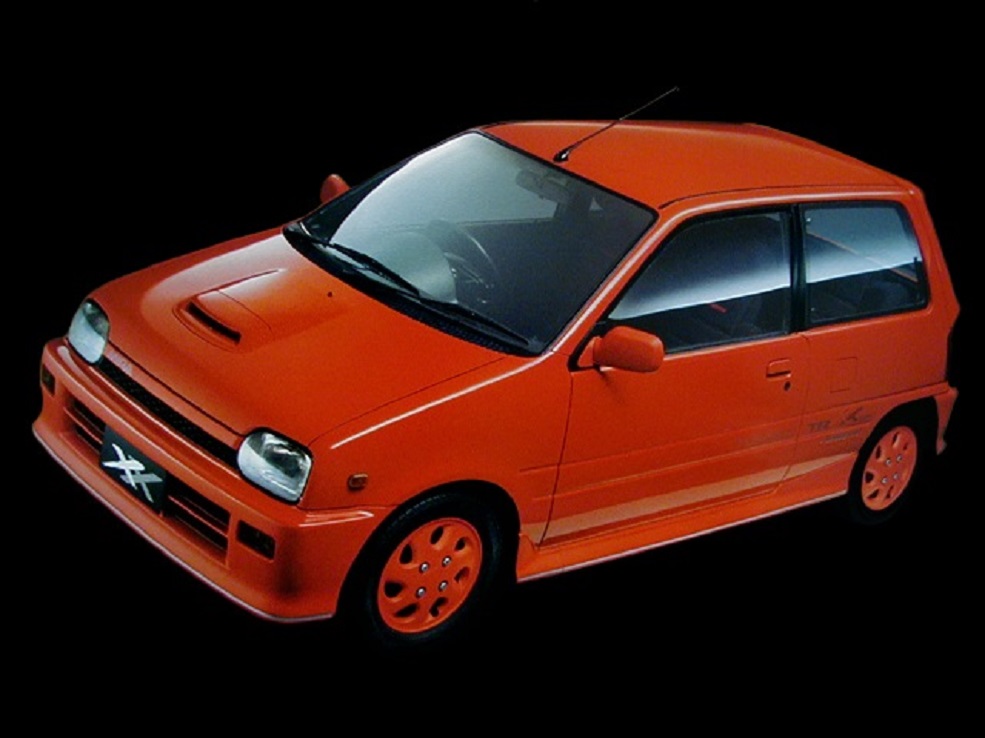 The restrictions on the dimensions, engine size, and power of the so-called Kei cars of Japan could be seen as a hindrance to the consumer, but it was actually a provision to help otherwise motorbike buyers afford a car. The industry for small cars in Japan responded and by the electronics-boom 1990s there were some fascinating results. Daihatsu’s Mira was a classic example of the Kei car, and the top-of-the-line Avanzato TR-XX model was a picture of how far manufacturers had taken the genre.

The L200 Mira in this top specification had a features list worth the envy of a luxury car, including automatic headlamps & wipers, electric windows, air conditioning, and a sound system that wouldn’t look out of place in a flagship Panasonic store. The later L500, now named Cuore for us, was slightly revised, particularly its suspension, but was largely the same and the TR-XX’s engine remained. A 659cc four-cylinder, double-overhead cam, 16-valve engine making 63bhp maxxed out the Kei regulations, but unrestricted torque allowed a Kei-record-breaking 73.7 ft/lb. Because of the relative low cost of purchasing one against a lower-specification car, many that ended up in the UK were these top-end models. However, any Daihatsu Mira/Cuore models before the less distinctive 1998 L700 are rare; and significantly rarer than they were a decade ago.

Consequently values are up, and a £500 example is now £1000 or higher when seen for sale. A tidy TR-XX for example, 4wd or not, will command upwards of £2000 as the developing market for classic JDM cars starts to build value. The packed-out TR-XX will be the one to invest in, as it was widely recognised as one of the ultimate Kei-car hatchbacks of the 1990s – an increasingly acknowledged point in history especially as the significance of the Kei classification in Japan is now being phased out. 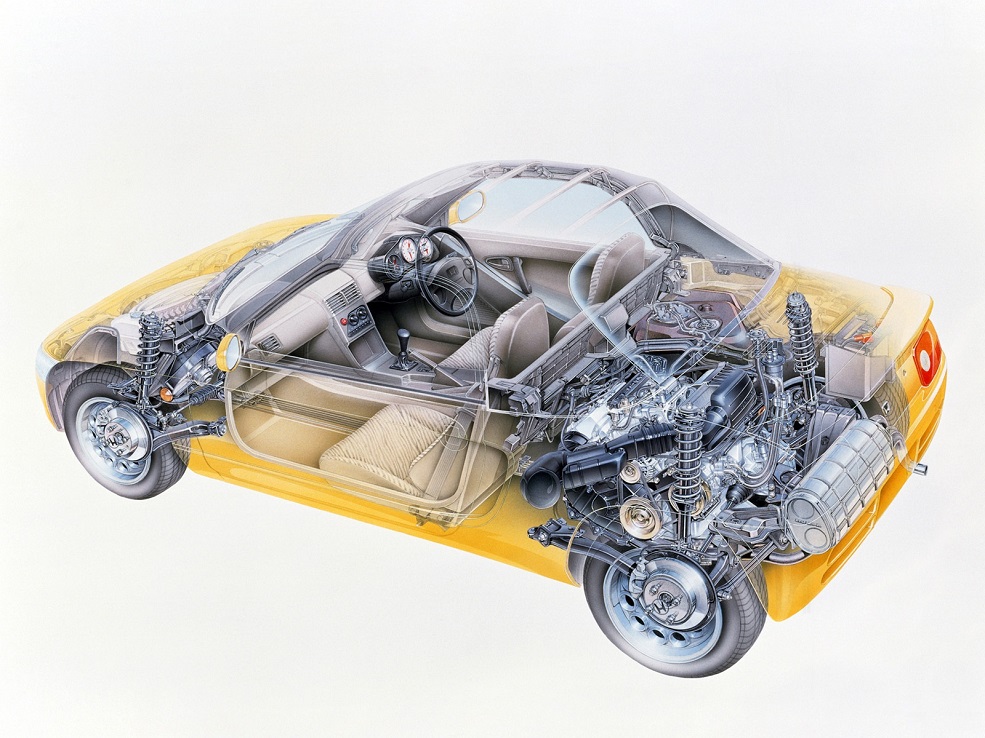 Another roadster, also released in 1991, but this time with a fabric roof that either goes up or down, the Beat is in a similar category to the Cappuccino but is decidedly different in some key areas. The little roadster is perhaps the perfect opposite book-end to the flagship NSX. Despite being a relatively inexpensive micro car with a 656cc three-cylinder engine, it boasts individual throttle bodies, a 8500rpm redline, and mid-engine format all packaged in a Pininfarina-designed body. As a combination of Japanese automotive flair and engineering, it is a significant piece of 1990s history.

Not one that was immediately recognised though, especially abroad. In the UK, this rare little gem could be picked up very easily for a budget in the low thousands through 2000-2010, and values have only climbed gradually until around two or three years ago when appreciation took hold rather more convincingly. They’re still relatively available, if still quite rare, but a budget of £5000 is a reasonable minimum if you want one today. Prices can scale up quickly for the right specification, mileage, condition, showing that it is finally collecting the levels of recognition that its more obviously obscure rival Autozam AZ-1 enjoys. Of all the exotic Kei-cars, this is surely one of the most significant.