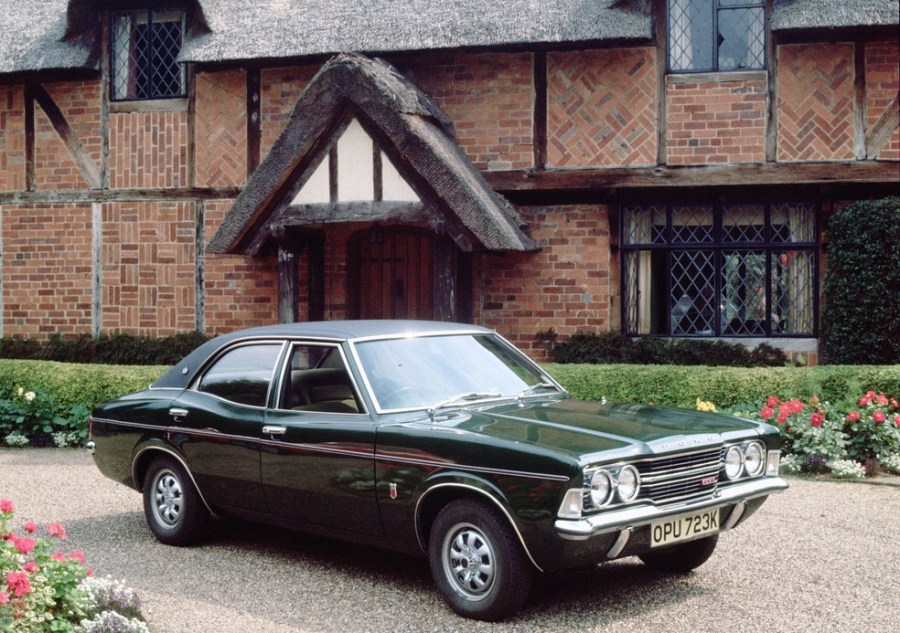 In this Market Trends we look at some of the fleet favourites from Ford; the Cortina Mk3/Mk4 and Mk5 as well as the Sierra.

Bigger and bolder than the Cortinas which had gone before, the Mk3 had a tough act to follow. It wasn’t simply replacing the Mk2; the old Corsair was due for replacement and this new fleet favourite had to take over from that car too. The new, wider Cortina range would go head to head with Vauxhall’s similarly Transatlantic FD Victor, and it certainly looked up to the minute against competitors such as the Austin Maxi and (especially) the last of the Morris Oxfords.

Starring roles in The Sweeney as the backup car (among others) seared the image of the Cortina into the minds of reps everywhere – it was a cool car, and the best bit was that it was cheap enough for fleet managers to justify. Everyone’s dad seems to have had a company Cortina at some stage – or bought one as a second-hand family car. As such, it’s impacted the lives of millions – and renewed interest following Life on Mars has seen a nation embrace the Cortina to its hearts once again.

Prices of Mk3 Cortinas were fairly level until last year, with nice examples fetching £8000-£10,000 and something very usable being available for half that. But in late 2017 a spate of exceptional examples fetching between £20,000-£30,000 have skewed the averages and brought the rest of the market up as a result. This is far from usual, though – you can still buy nice examples for under £10,000 and a corker for £15,000. Cars for under £3500 should now be treated as projects. 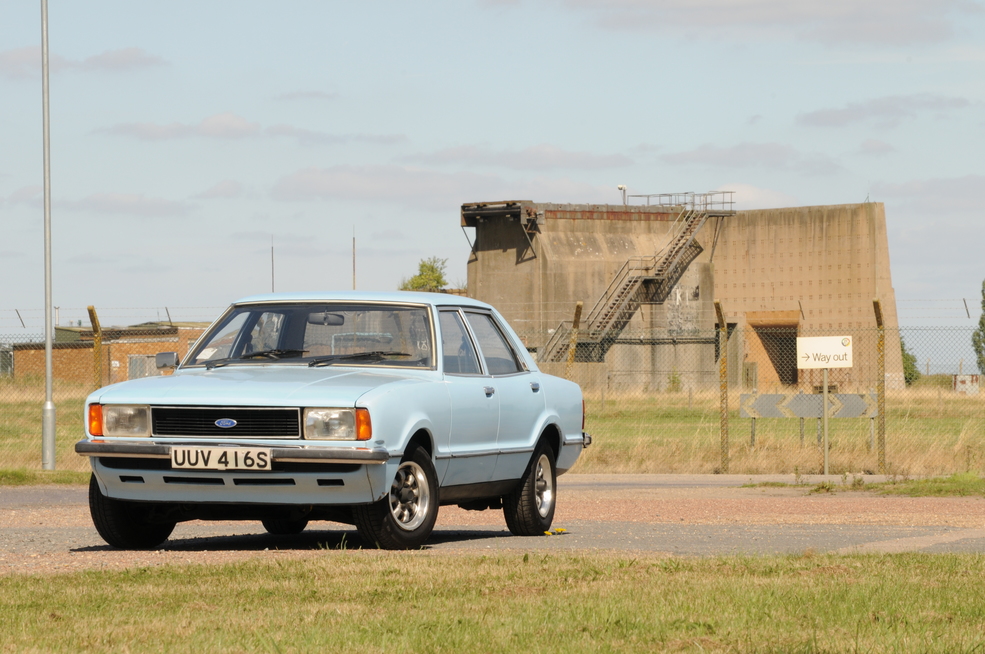 Replacing the Mk3 Cortina was never going to be easy. So all Ford did was square off its now- unfashionable Detroit inspired curves, into a rather more Germanic and square-jawed machine. This isn’t surprising – while large chunks of the Mk3 Cortina had been shared with the German Taunus, the bodyshell of the Mk4 Cortina was pure Taunus – albeit with the Mk3 Cortina’s engines. This was also the first Cortina to get a V6; the 2.3-litre Cologne unit from the Taunus range made a perfect range-topper for fleet managers who wanted to feel a rung above their reps.

Most common and most usable are the 1.6 and 2.0 cars – in the real world the V6 is little faster than the 2.0, and thirstier. There was a 1.3 available, but it wasn’t really a powerful enough engine for the size of car. Rare are the high output Mk4 1.6s with twin carburettors – offering 90bhp instead of the standard 75. This engine was only standard for the 1.6 Ghia – a rare model when new, and especially so today.

Until the values of the Mk3 Cortina began to rise last year, values of the Mk4 and Mk5 models were similar to the lower end of the Mk3 market – £4000 would get you an average Mk3 or a good Mk4. But following the increase in interest in the Mk3, the Mk4 and Mk5 have seen a corresponding rise over the last twelve months. The current trend appears to be a continual rise, with cars routinely fetching in the region of £6000 at present. The best can nudge the £8000 mark – and as the Mk3 market strengthens, we predict that this trend will continue. 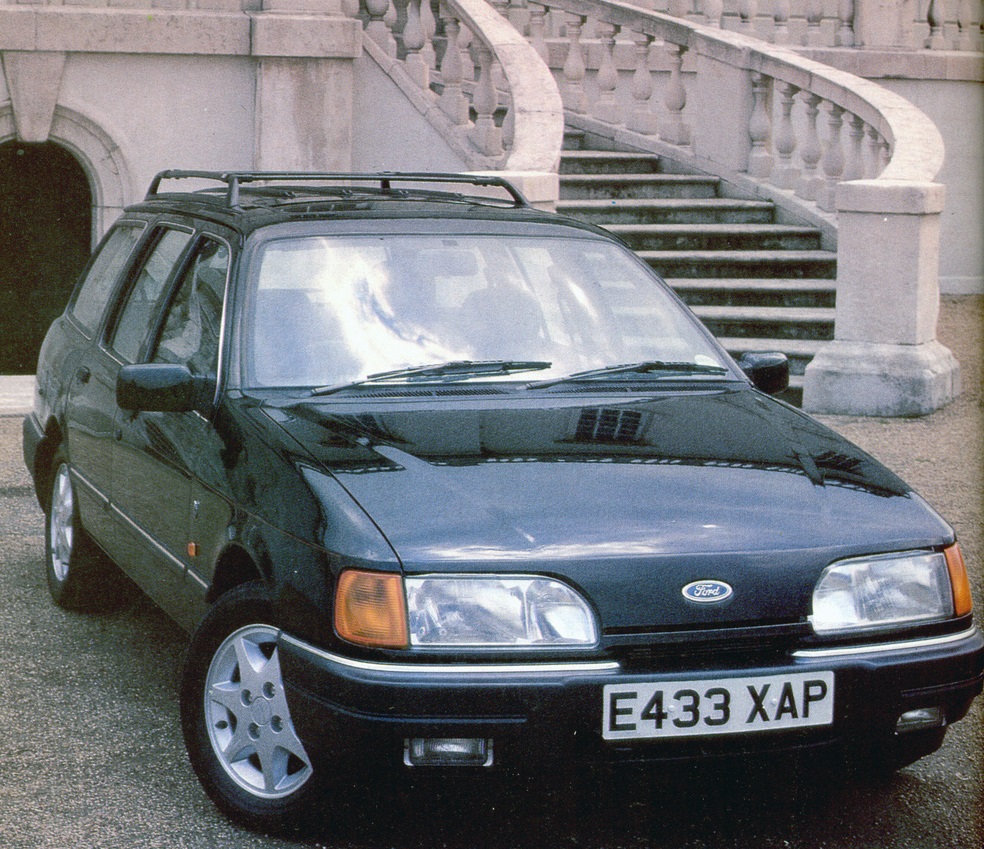 When it came to replacing the Cortina, Ford took the opposite approach to old rival Vauxhall. The body was bang up to date, but underneath the drivetrain was resolutely old school; proven engines and rear wheel drive meant it owed much to its predecessor. Which was good for fleet buyers – they favoured the familiar. The new aerodynamic body had been previewed in the Probe III concept car of 1981 but proved unpopular on the market.

It took a conservative facelift and the launch of the Sapphire for the Sierra to earn a place in the hearts of reps the land over. It can be difficult to track the market for the more prosaic models, on the basis that the XR4, XR4x4 and Cosworth have skewed the results. But even the humble 1.3, 1.6 and 2.0 models are starting to appreciate in value now, as part of the modern classic boom. The qualities which appealed to fleet managers for ease of maintenance make them very sensible family classics today.

Any set of statistics will include those for the Cosworth and XR models, and so the only fair way to track values of the family and fleet versions is to assess the lower end of the market rather than the mean. Values for the standard Sierra have stayed fairly flat, where MoTed and usable examples have routinely sold for between £2000-2500.

It is to be noted that Cosworth values have increased, and this draws the average statistics further northwards – but we’re watching the standard models for signs of investment. The Sierra is a fleet icon, and the trends Cortinas have shown indicate that the Sierra’s day is soon.