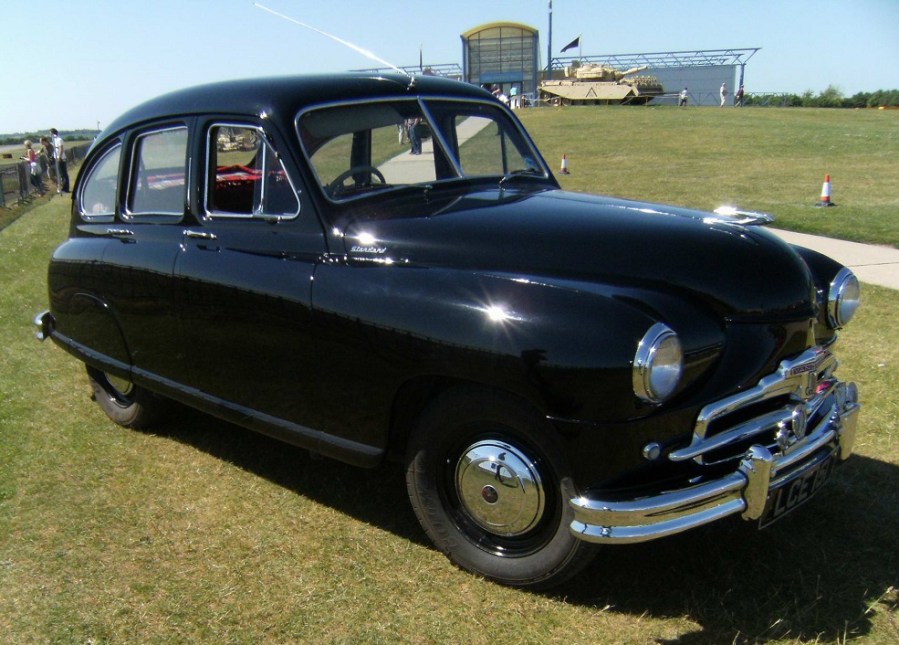 After WWII Britain’s economy was in dire need of repair. The solution was to make and sell things which could be sold to bring in foreign currency. Some of the cars we urged foreigners to invest in then make equally good investments now.

The Standard Vanguard is arguably one of Britain’s best known export hopes. Launched in 1947, development had been underway since the end of the Second World War two years previously. It was all-new, with a body which bore no resemblance to existing models and a drivetrain derived from that Standard built for Ferguson for use in tractors. The name had been chosen for its military connotations, as Standard wanted it to appeal to the sort of colonial or ex-pat who had seen recent service and for whom the British military connection would appeal. It was thus named for the Navy’s most recent battleship.

The Standard vanguard has often been overlooked as a stout family classic of the Fifties – many in that market preferring the flash of a Ford Zodiac or the charm of a Cresta. But that doesn’t stop the Vanguard being a good car, and the steady upward shift in the market indicates that many are now starting to feel the same. Typically, we would budget £10-12000 for something nicely usable, and up to £15000 for a real cracker. It’s not long since these cars were attainable for well under £10000, and there’s no indication that this upward trend may reverse. 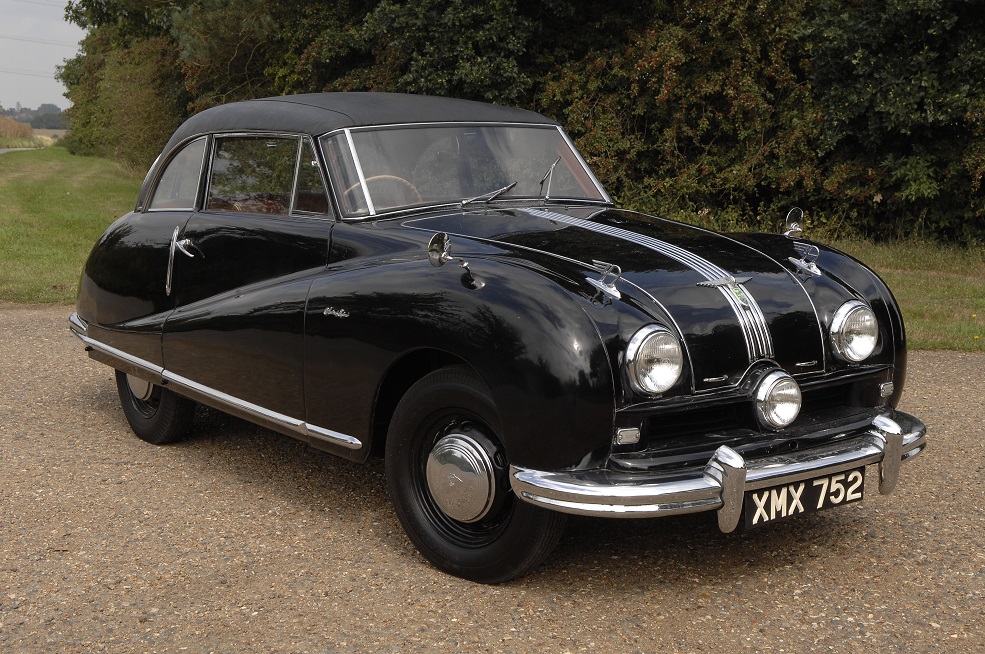 In the late 1940s, post war steel shortages meant that the only companies which got access to steel were those producing products which could be sold overseas to generate foreign currency revenue. The Austin A90 Atlantic was, as its name suggests, styled with the American market in mind. Launched as a four seat convertible, a two door fabric roof-trimmed “sports saloon” model was launched the following year for those who wanted the looks with the practicality of a hard rood. With aspects aping Mercurys and Pontiacs, the Atlantic’s looks certainly lived up to its name, and with the same 2.6-litre four-pot used in the Healey 100 sports car the performance was ample for a car of its size.

Equipment levels were impressive by British standards in a bid to appeal to the Americans. Hydraulically operated roof and windows, flashing indicators and metallic paint were just some of the features unheard of in Britain that came as standard on the new big Austin, along with a Rover P4-style third headlamp in the centre of the grille. Almost 8000 were made, and 3597 exported – though just 350 to the US market which Austin had coveted. Corrosion and the Healey spares market mean few have survived into the 21st century – only around 60 are known to survive in the UK.

Atlantics vary wildly in price, with the convertibles worth considerably more than the saloons and the values dependent very much on condition and market saturation. If you’re prepared to look hard you might be lucky and land on a saloon for £12-15000, but £20-25000 will give you a more varied choice of saloons and convertibles. Some of the best convertibles have been selling for over £30000, but we wouldn’t advise spending this much unless you sought perfection from your Atlantic. 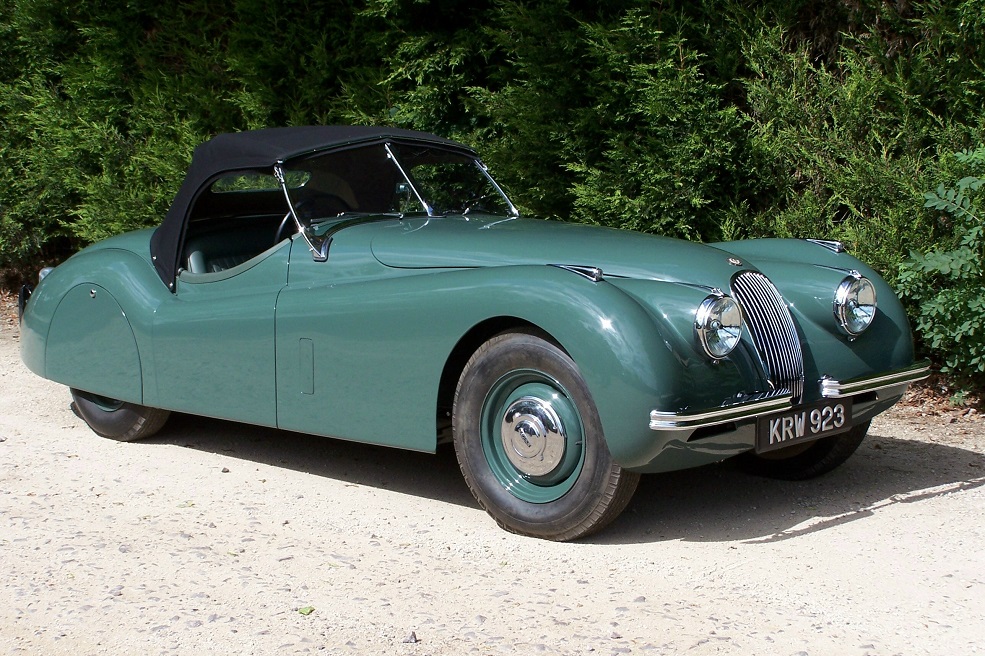 Launched at the same 1948 Motor Show as the Atlantic, Jaguar’s XK120 took the world by storm. Here was a car with supercar performance at a relatively affordable price. It had been developed primarily as a testbed for the new 3.4-litre XK engine; Jaguar not wishing to compromise the reputation of its saloons by fitting an untried engine before testing was complete. 120 referred to the top speed of the first 242 aluminium-bodied cars; following which production changed to steel. Despite being heavier and heavily rationed, steel was cheaper and the potential American sales ensured that the factory was kept well-supplied.

Initially available only as a roadster, the XK120 sprouted a coupe sibling in 1951, and a drophead coupe followed in 1953 primarily for the American market. Replaced in 1954 by the XK140 – a development of the original XK120, and itself replaced by the further refined XK150 – the XK line ceased in 1961 with the launch of Jaguar’s famed E-type.

The market showed steady signs of appreciation from 2014 to 2018, reaching a high average of £115000 – though the market has fallen back a little over the last year. While on average you might need around ten percent less to buy one now, we would wait a few more months to assess the direction of the market before investing our own money.