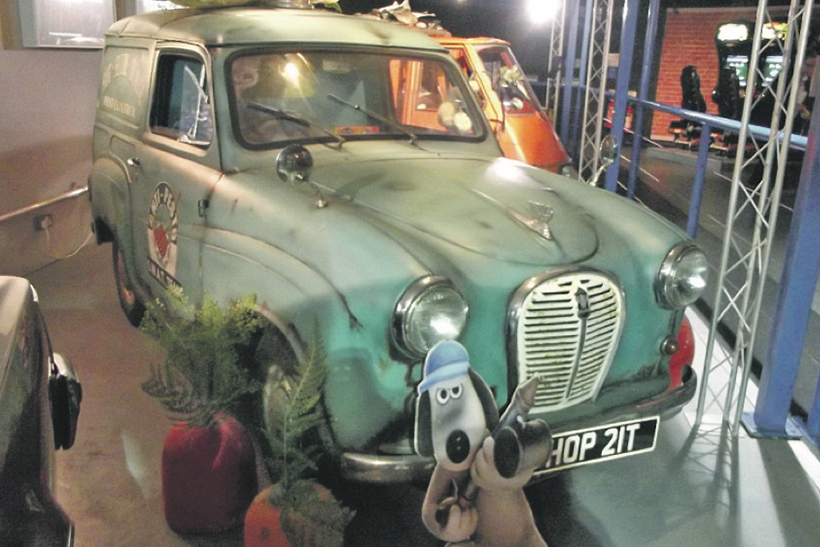 A unique Austin A35 van, created by Aardman Animations to publicise the 2005 Wallace & Gromit film The Curse of the Were Rabbit, will be the star lot for Charterhouse’s annual sale at The Great Western Classic Car Show.

Estimated to pull in between £15,000 and £20,000, the van is the result of a 100-plus man hours restoration project to produce a promotional prop, which would be taken to the film’s various premiers and charity events during the year of the film’s release.

The van was later proudly displayed at the Wensleydale Cheese Museum, and also featured in the National Motor Museum at Beaulieu’s On Screen Cars exhibition alongside the Del Boy Trotters Reliant Robin van from the popular TV series Only Fools and Horses. It’s currently owned by a Stilton Cheese maker who has decided it is time to share this fantastic piece of ‘Noughties memorabilia by passing it on to a new appreciative owner.

The sale takes place at the Royal Bath & West Showground in Shepton Mallet on the second day of The Great Western Classic Car Show (Sunday, February 12). The van will be sold with its film-related props, including a selection of oversized vegetables, plus Wallace and Gromit character cut-outs.

Charterhouse is still accepting entries for this auction. For further information on all the lots, please visit Charterhouse Auction or call: 01935 812277 to speak with Matthew Whitney to arrange a home visit.