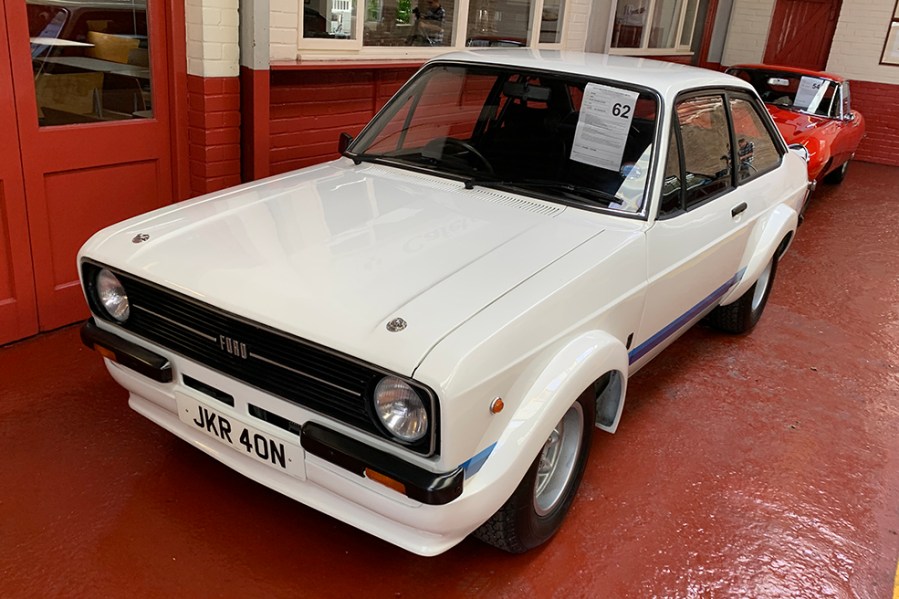 With a focus on quality classics across a range of price brakets, there’s something for everyone at the upcoming SWVA auction on October 29

The October sale catalogue may be slightly slimmer than some lately but chatting to the team at SWVA revealed the emphasis this month at SWVA is firmly on quality, with a couple of high-end lots paired with an intriguing selection of more attainable classics.

Stars of the high end lots for us are the Mercedes ‘Pagoda’ SL and the Mk2 Escort RS1800, both with extensive restorations behind them. A more traditional counterpoint to the Mercedes is an early Jaguar E-Type coupe which has been carefully refurbished mechanically but which needs attention to its paintwork, alongside a Morris Traveller which has clearly had a lot of love lavished on it to create what to us seemed like a potential show-winner.

More affordable but just as appealing was an ex-South Africa Frogeye Sprite which looked like a lovely original example even if the paintwork did need some attention and the roof replacing after a life under the hot sun. From a similar era but very different is the unusual Austin A40 Sports, the example in this sale sporting the common engine upgrade, while a rare survivor from the Rootes years comes in the shape of the Arrow-generation Singer Vogue at £1500-£2000. The sale also includes no less than three Mini commercials: two vans and a Pick-up.

Of the more modern fare, we were intrigued by the £3000-£4000 Mk3 Toyota Supra, an MG Maestro at £4000-£5000 and a pair of Aston Martin DB7s in V12 convertible and Jaguar-engined coupe form, both looking very nicely presented. As you might expect, there’s a handful of Stags and MGBs to be had, while another South African import had us intrigued in the shape of an early four-door Range Rover offering the classic style with a more affordable price tag.

The sale starts at 10am on October 29, with viewing by appointment on the Monday to Thursday beforehand. Check out our star lots below, or see the full catalogue here.