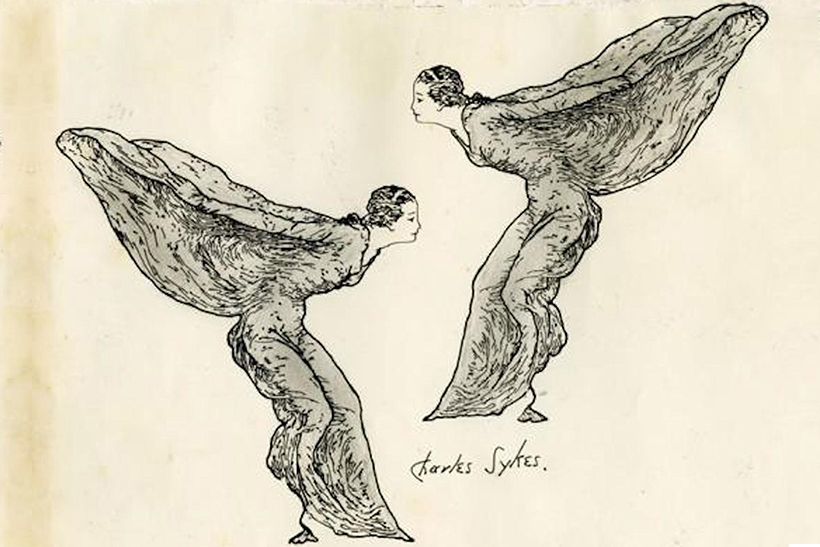 Among the 540+ lots entered in the most recent online H&H Classics sale of automobilia were these two original pen and ink drawings of the Rolls-Royce Spirit of Ecstasy mascot by the original designer, Charles Sykes.

They were estimated at up to £1000, but that proved way too pessimistic – when the virtual hammer fell on 8th July, bidding had reached £7875.

The Spirit of Ecstasy mascot was a development of one Sykes had designed for his patron, Lord Montagu, to adorn his 1909 Rolls Royce.

That was called The Whisperer because the lady depicted had one finger to her lips – it was modeled on Mantagu’s secret lover Eleanor Velasco Thornton, and the pose was said to signify the secrecy of their relationship.

Rolls Royce later asked Sykes to design them a suitable mascot for all future cars, and The Whisperer was transformed into the figure we know so well today.