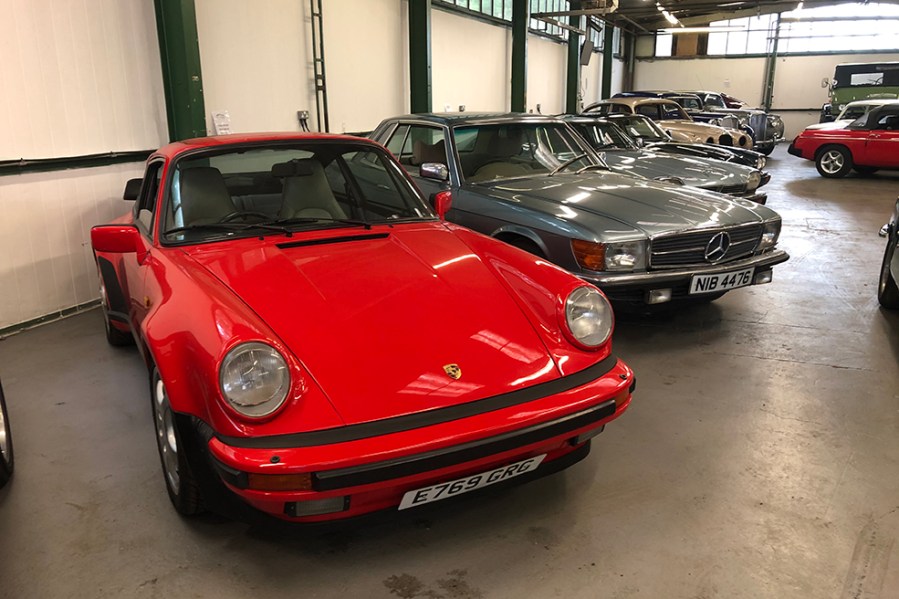 Taking place at its Killingworth base near Newcastle, the sale is set to include almost 70 entries ranging from a Ford Model A through to a 2009 Volkswagen Passat R36, with rarities such as an Invicta Black Prince, a VW T2-based Jurgens Autovilla and a 1986 Mercedes Unimog in between.

The Invicta is one of 12 examples built and heads up a host of premium-badged cars that also include a 1956 Bentley S1 and a 1999 Arnage Green Label, a pair of Daimler 250 saloons, a 1986 Rolls-Royce Silver Spur, a late Jaguar XJS and a very interesting Porsche 911 Super Sport. These are joined by two big Japanese-market saloons in the shape of a 2003 Toyota Crown Athlete and a distinctive 2006 Mitsuoka Galue.

On the flip-side, there are a number of cars that used to be common street furniture, but are now increasingly rare. Examples include a 10,000-mile Vauxhall Nova four-door saloon, a Series 1 Peugeot 106 and a time-warp 1983 Volvo 240DL showing a mere 26,000 miles. Traditional British classics are ably represented too, with no fewer than four classic Minis, a 1970 Wolseley 18/85, an Austin-Healey 100-6 and a Lotus Elan S4 SE. You’ll also find MGB roadsters in both ‘pull-handle’ and late rubber-bumper guises, plus a quintet of Triumphs including a TR4a, a Mk3 Spitfire imported from South Africa, a GT6, a Vitesse and a tastefully upgraded Herald Convertible.

Those looking for fast Fords will also find plenty to choose from. Along with an early 1990 Mk5 Ford Escort 1.4LX that’s covered just 18,000 miles from new, you’ll find a two-door Mk1 Escort and what is surely the tidiest pre-facelift Mk2 Granada we’ve ever seen. Meanwhile, upping the pace is a Mk1 Escort Mexico rally car, a tastefully modified Mk2 Escort, a very late Sierra Cosworth 4×4 and an ultra-rare Tickford Capri Turbo that could sell for as much as £40,000.

With further modern classics including a BMW E36 M3, a 1992 Toyota Celica Convertible and a Fiat Barchetta also offered, along with several motorbikes, the sale should have plenty of bases covered. We’ve picked out some highlights below; for the full auction catalogue, see WB & Sons’ website.