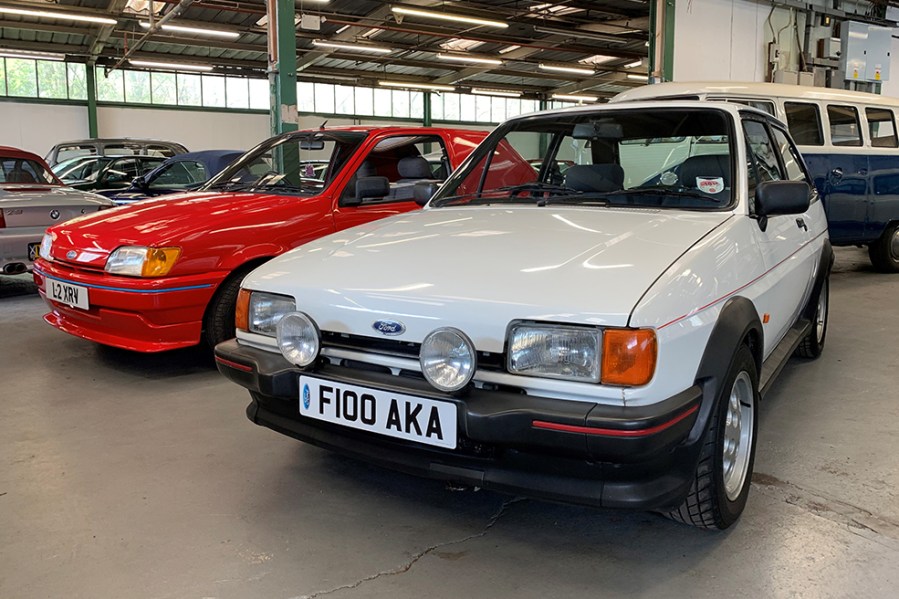 Given that it’s only been holding classic car auctions since last May, you might be forgiven for wondering how WB & Sons can manage to fill its catalogue with alluring new entries every six weeks. And yet its April 30 sale is already chock full with another great mix of established classics and intriguing rarities, all set to cross the block at its Newcastle base.

Also from the 1980s is a very tidy Mk2 Ford Fiesta XR2 showing 61,000 miles, but perhaps even more interesting is a 1993 Fiesta XRV – a little-known special edition that raided the RS Accessory pack to give otherwise standard Mk3 panel vans some visual bite. This one has the 1.8-litre diesel motor so isn’t particularly rapid, but it’s certainly rare. Other Fords include a 1991 Escort Cabriolet with 29,000 miles and a 43,000-mile Ford Explorer from 2005.

Perhaps most intriguing of all the lots is a Morris Minor with two front ends, which was converted in the 1990s and is ideal for those who don’t know if they are coming or going. Dubbed the a Minor 2000 (2 x Minor 1000, geddit?), it was subsequently restored in 2013 and is fully road legal. It’s a real job to tell which is the ‘real’ front, though there is one engine, mounted at the, er, front…

With the sale also including a pre-war Sunbeam Talbot 3-Litre saloon and various projects including a Jaguar MkV imported from South Africa, it’s bound to be another busy affair. Around 30 additional cars were still expected at the time of writing; to see the full catalogue visit wbandsons.com