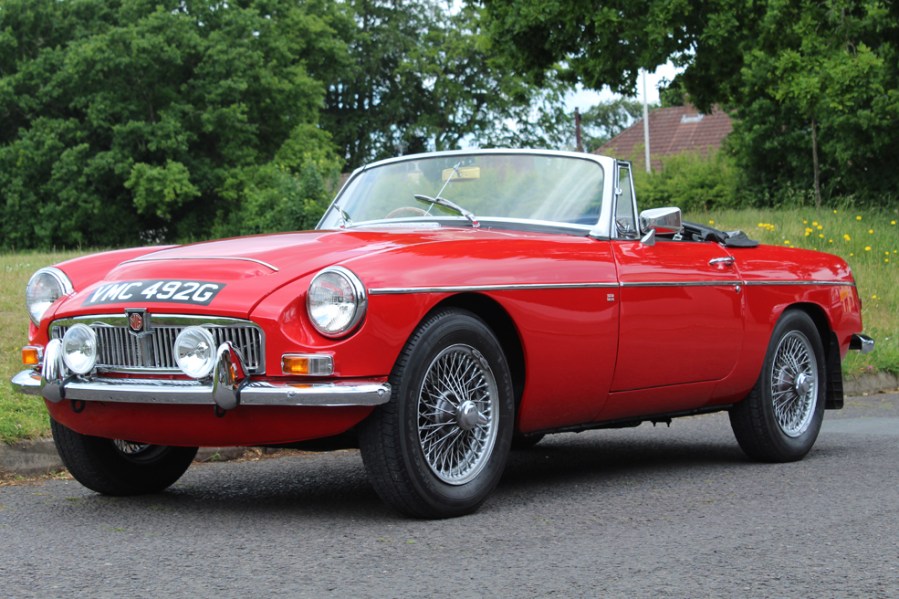 Around 70 cars spanning a period of over 70 years are expected to go under the hammer when SWVA hosts its third online classic car auction of the year on July 29, ranging from no-reserve potential bargains to intriguing rarities.The auction takes place behind closed doors, but viewing is available by appointment beforehand.

Prestige marques play a starring role this time out, with no fewer than nine Mercedes-Benz products including a no-reserve 190E, a pair of SLs, another pair of SLKs and a beautifully restored 1983 W123 230E at an estimated £4950-£5950. A trio of BMWs, meanwhile, includes a 1986 E30 320i Cabriolet estimated at £4000-£5000, while a quartet of Jaguars comprises a 1987 XJ-SC, two XKRs and a lovely MkIX saloon. A Series 3 Daimler Double Six with no reserve keeps things in the family, and you’ll also find a 1973 Jensen Interceptor and a Maserati Spyder Cambiocorsa should you be looking for something more unusual.

Appropriately for the time of year, British open-topped cars feature heavily too. Octagon-badged entries include an MGA, two MGBs and a couple of MGC roadsters, plus a supercharged 1952 TD in bold yellow, a 1995 RV8 and a brace of Midgets – one a 1963 car in race trim. Meanwhile, Triumphs in the sale include a TR6 project, a TR4A and a Stag, with a 1969 Lotus Elan Sprint also joining proceedings with a bargain guide price of £20,000-£22,000. And for those seeking something left of field, there’s a very early Morgan Plus 4, a Reliant Scimitar GTC and even a Panther Kallista.

Fans of everyman modern classics don’t miss out either, with a trio of fairly unusual hot hatches set to cross the block comprising a 1993 Fiesta XR2i prepared for racing, a 1988 Mk2 Astra SRi in five-door guise and a lovely Rover Metro GTi from 1991. You’ll also find a pair of Mk2 Toyota MR2s.

With other lots including a Range Rover fire engine, a Beetle-based beach buggy, several pre-war entries, a host of American muscle and much more besides, we expect another typically strong sale rate. For the full catalogue, see swva.co.uk.