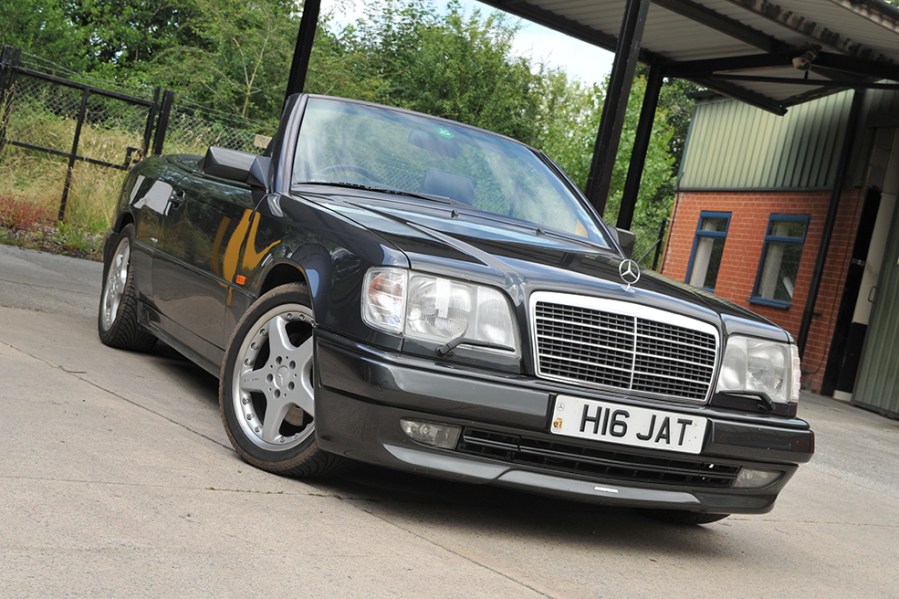 Highlight of the upcoming Brightwells sale for the more traditionally-minded enthusiasts will doubtless be the cars from the Automobile Magazine’s ‘Oily Rag’ collection. All 1950s and older, the lots range from the likes of early 1900s Model T Ford and Franklin, to fascinating European rarities like the 1955 Panhard Dyna, 1959 DKW, 1952 Ford Vedette pickup and 1937 Peugeot 402, joined by mid-50s Studebaker Conestoga and Commander coupe.

Intriguing though these are, you won’t be surprised to hear that the CCB team got sidetracked by rather more modern fare, notably the Rover 213S which is a real survivor complete with a Bible on the front seat courtesy of its vicar former owner and vying for our attention with the 1990 VW Polo ‘breadvan’.

In a similar vein, the sale includes an early Alfasud, its survival down to a dose of Ziebart when new and having covered just 18,000 miles on British roads, while more modern Italian fare comes in the shape of a 2000 Fiat Coupe 20v Turbo in rare Plus spec.

For fans of ’60s Jaguars, there’s an unusually affordable proposition in the shape of an early short-wheelbase XJ6 Series 1, in the desirable 4.2 flavour, while more modern exotica, includes a 1993 Bentley Continental R and an Aston Martin DB7 at similar money.

For those after something of a more practical nature, it wouldn’t be a Brightwells sale without a handful of Land Rovers and the sale includes everything from Series 1 through Series 3 to 90 and Defender. A particular highlight is the 1985 Land Rover 90 soft top, rebuilt on a galvanised chassis but unusually these days, done to standard specification and all the better for it.

Bidding begins on July 31 and ends on August 5. Find our road test of the Rover 213S here and find the full catalogue here.