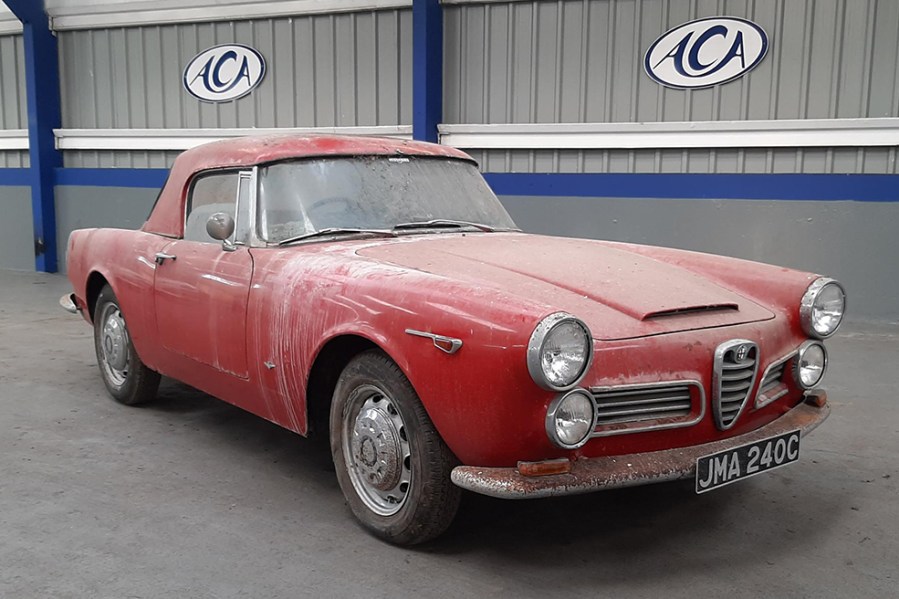 Anglia Car Auctions’ second classic sale of the year takes place on April 2–3, with a superb mix of everyman and prestige vehicles set to cross the block in King’s Lynn

For the second consecutive sale the venue will be open for public attendance, but remote bidding options remain, and the action will be streamed live on YouTube. Viewing is also available on the Thursday and Friday beforehand.

Sticking with premium brands, ACA’s sales typically feature a wide range of Mercedes, and this one is no exception with 13 examples in the catalogue at the time of writing. This time the selection is at the more affordable end of the scale, ranging from a no-reserve W124 Cabriolet through to a 1996 G-Wagen expected to sell for £20,000-£25,000.

Going one better is the selection of Jaguars, with a minimum of 14 cars set to be entered including a 1962 Jaguar D-Type Evocation and three RHD E-Types. A dozen BMWs also feature, as do six Bentleys, four Rolls-Royces – one a pink Silver Shadow – plus two Alvis TD21s and a sole Lagonda in the shape of a 1937 LG45 Saloon.

Of course, there are plenty of traditional classics too. No fewer than 12 MGs were listed at the time of writing, as well as a quartet of Triumphs and a wide selection of Minis and Morris Minors. The old Ford quota, meanwhile, includes a very early Mk1 Capri 1600 GT project from 1969.

With 250-300 lots of memorabilia also included, there’s something for all tastes and budgets. See the full catalogue here.