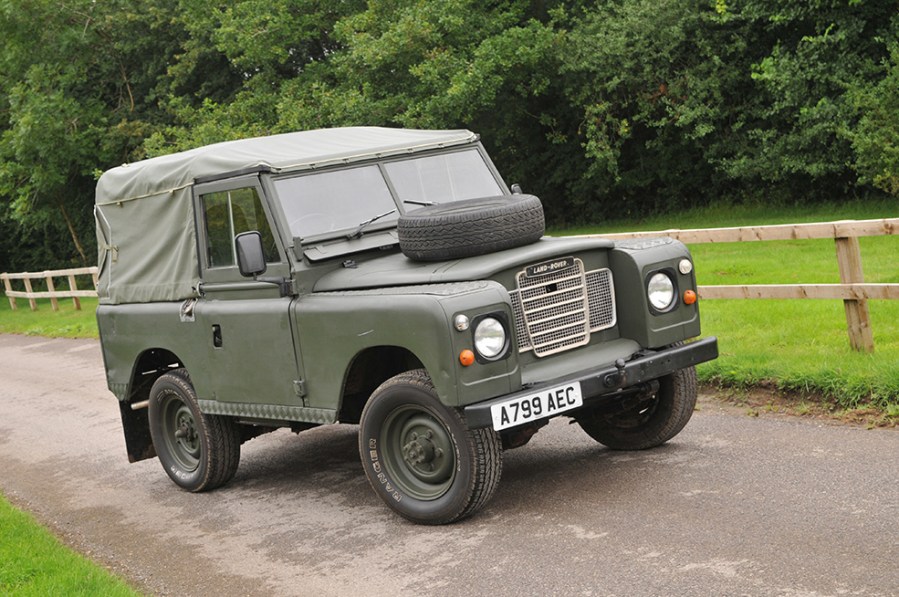 As anyone with even half an ear to the classic car grapevine will know, since production of the Defender ended last year values of the iconic go-anywhere vehicle have radpily headed upwards.

As ever, the Defender has tended to pull the values of the earlier models up behind it, meaning that if you want an honestly priced example they’re getting harder to find, especially the ‘Series’ models.

We found this example at Gloucestershire dealer Mather where it looked very much at home nestled between an early four-door Range Rover and a Bentley Brooklands, its matt green paintwork giving it a no-nonsense military vibe.

In truth, despite its appearance it’s not a military Landy but hails from civvy street and is an example of the Series 3 Land Rover immediately preceding the 90 and 110 models which were the Defender in all but name.

Introduced in 1971, the Series 3 retained the traditional Land Rover appearance which had been introduced with the wing-mounted headlights back in 1968, although the mesh grille was replaced with a plastic item.

Underneath, the leaf-sprung suspension was little changed from the Series 1 and the ‘two-and-a-quarter’ petrol engine was continued little changed, although it received a five-bearing crank in 1980.

This was an era when the Land Rover was a cash cow for British Leyland and was woefully starved of investment, its continued sales proving the worth of the original design’s elegant simplicity.

This particular example dates from 1983 and despite its lack of showy additions often seen on later Defenders like tinted windows, bull bars and roof tents, it’s been the recipient of thousands in expenditure in recent years before the previous owner was forced to sell by a work posting to Australia.

It’s all been spent where it matters, with the chassis being sound and solid and the running gear being particularly well sorted. The Series 3 sports a set of later seats which are a massive upgrade in comfort and the canvas tilt has been recently replaced by a quality Exmoor item. 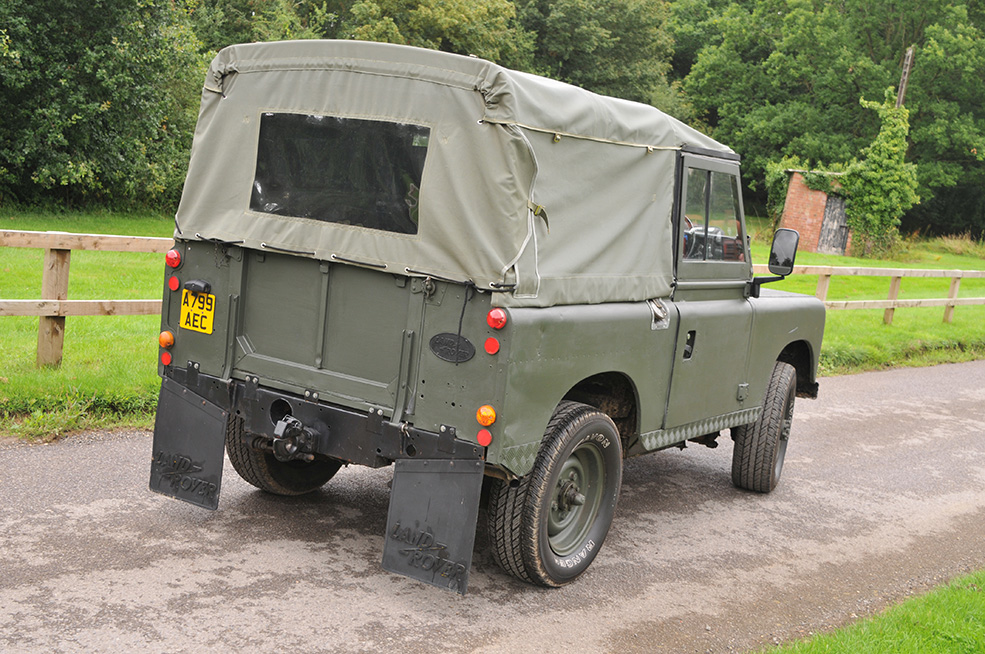 ON THE ROAD
Although the instruments were repositioned in front of the driver and a plastic padded dash rail was introduced, the Series 3 is still the same spartan Landy inside – and, it has to be said, all the better for it. The door’s simple slam lock needs a hefty pull to close it and the window is a simple sliding affair like the Mk1 Mini, while Land Rovers of this vintage still sported the functional vent flaps below the screen.

Before I set off in the Land Rover, Ben Mather commented that it was one of the best-driving examples he’d tried and he’s right. The 2.25-litre Rover lump isn’t exactly a paragon of refinement but this one proved surprisingly smooth in use, making the Land Rover easier to drive than the average Series 3. A look under the front showed it to be the military-spec ‘blue top’ unit, complete with what looks like a new Zenith carburettor.

The gearbox is as vague as Series Land Rovers always are, but with a bit of practice it becomes familiar and the brakes worked better than most ’80s Land Rovers I’ve experienced.

Those road tyres might not help when things get muddy but on tarmac they do make the Land Rover easier to keep on the straight and narrow than the big knobblies so often fitted for looks.

One thing I’d have to change though is the chains fitted to restrain the tailgate, which no doubt do the job admirably but jangle loudly over road bumps. A simply plastic sleeving over the chain would probably silence things but if that’s all you can find to complain about in a 34 year-old Land Rover then things are looking good. 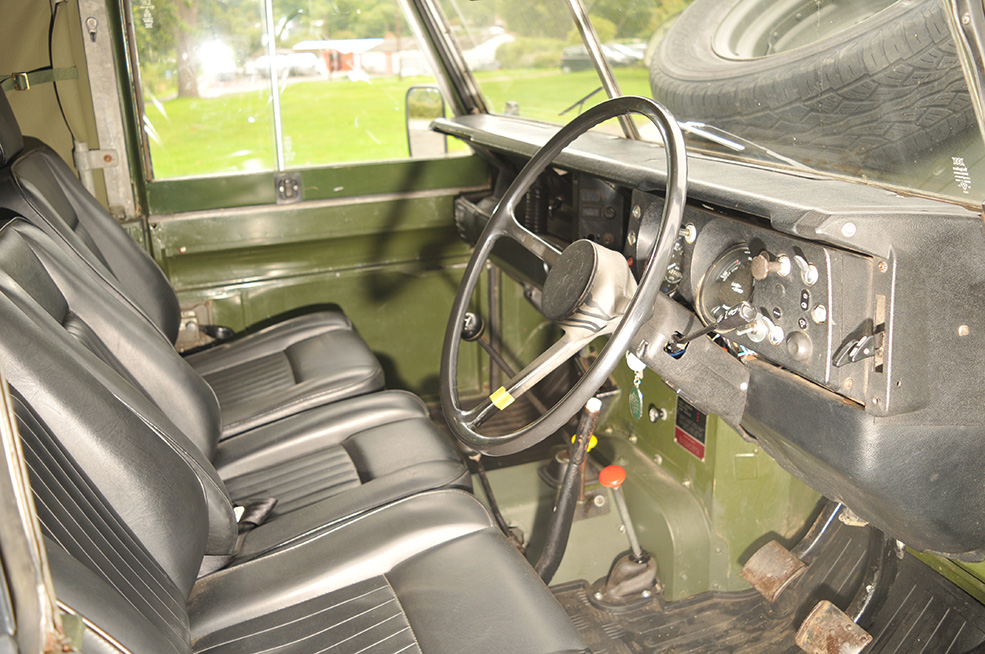 VERDICT
As we said, Land Rover values have been on the up for a while and Mather is asking just £6000 for this one which is an ideal compromise between vintage looks and modern driving ability. Certainly it needs nothing doing to it before pressing it into use – and with the top off and the screen folded down, there’s no better summer fun vehicle. 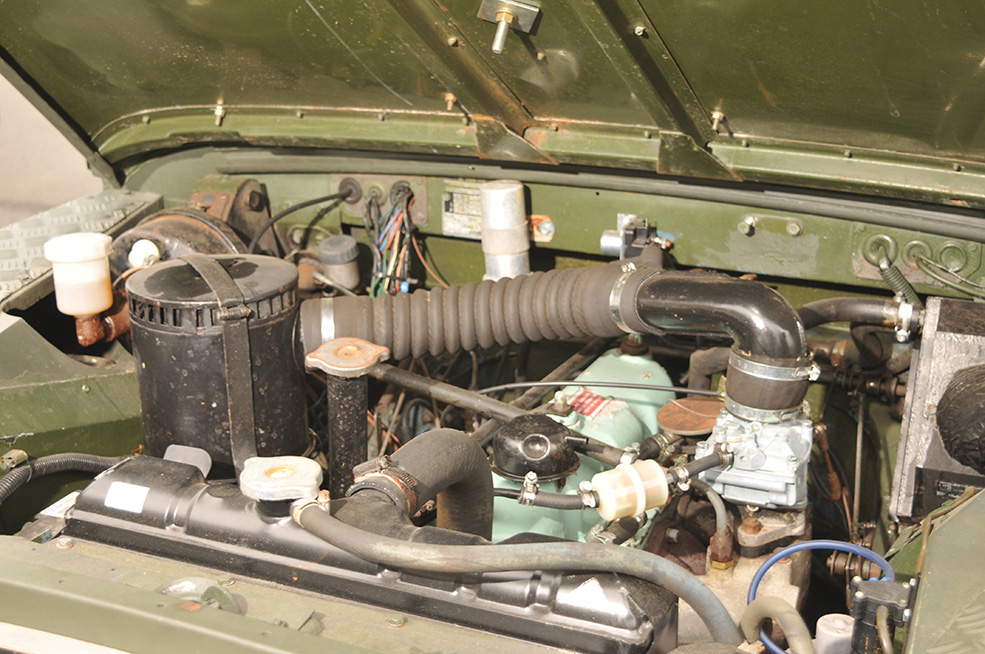