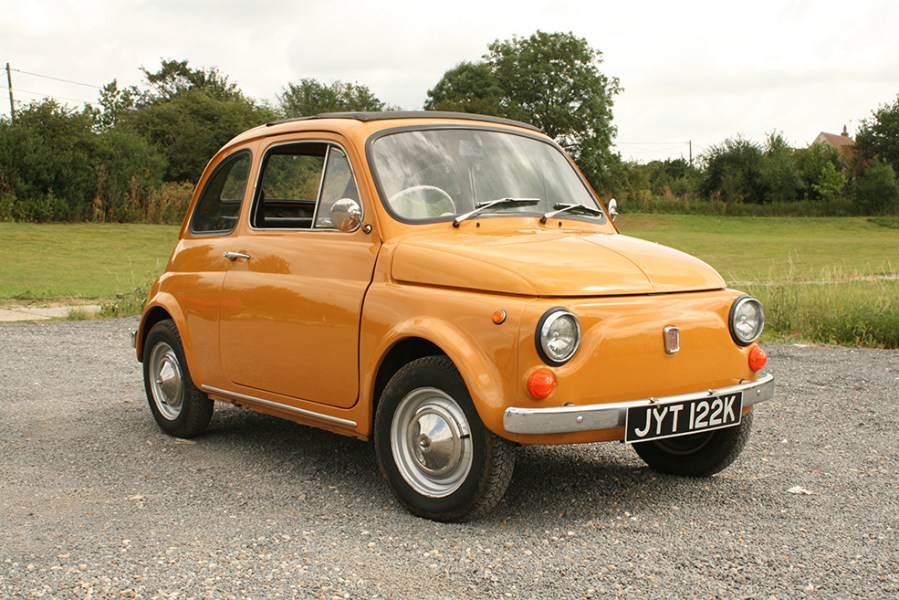 Designed by Dante Giacosa and launched in 1957, as the successor to the Fiat 500 Topolino, the tiny Fiat 500 was the quintessential Italian people’s car, very affordable and perfect for tacking the narrow city streets. Extremely economical, being powered by a 500cc aircooled engine mounted at the rear, the car measured a tad over nine feet long. Although interior space was at a premium, spartan, but very functional and there was even a sliding sunroof, the Fiat 500 proved extremely popular, not only in Italy, but throughout Europe.

There was also an estate model, called the Giardiniera, built on a slightly longer wheelbase, plus a Furgoncino van. Other most interesting derivatives included a Jolly, sans roof and doors and featuring wicker seats! Then there were the legendary sporting versions, tuned by Abarth. Synonymous with Italy, nowadays the Fiat 500 is more popular than ever, enjoying something of a cult status, exuding style with endearingly charm

Our tried and tested Fiat 500, has been in the reasonably long term ownership of a microcar aficionado. The bright orange paintwork is in good order, other than the odd minor blemish. There has been a small amount of welding to the underside of the body, which has also been heavily undersealed, with just a few areas wearing rather thin and ripe for a fresh application of sealant, to ensure continued longevity.

The sliding sunroof doesn’t look to be very old and is excellent condition and there’s no corrosion around its periphery. To slide it back is simplicity itself, just release the centre locking catch and pull! All brightwork is in good order, though one of the chrome wheel centre trims is slightly scuffed and the aluminium trim around the front door windows looks rather tired. Fortunately there’s a complete set of inner and outer aluminium trims, complete with fixing clips included in the sale.

The interior features black vinyl trimmed seats which are in excellent condition, with no rips or tears and the door cards are also undamaged. A black carpet set covers the floor, which is fully serviceable, but could do with some further fine fettling for a perfect fit. The headlining trim panel at the rear needs glueing back in place. Useful additions include an auxiliary windscreen washer jet pump and a cigar lighter, to power a Sat Nav, mobile phone charger etc. Located in the storage area at the front of the car, is the petrol tank which has been repainted. The engine bay is very clean, tidy and well detailed, with the tinwork having been powdercoated and there’s a new set of correct Pirelli Cinturato 125-SR12 tyres 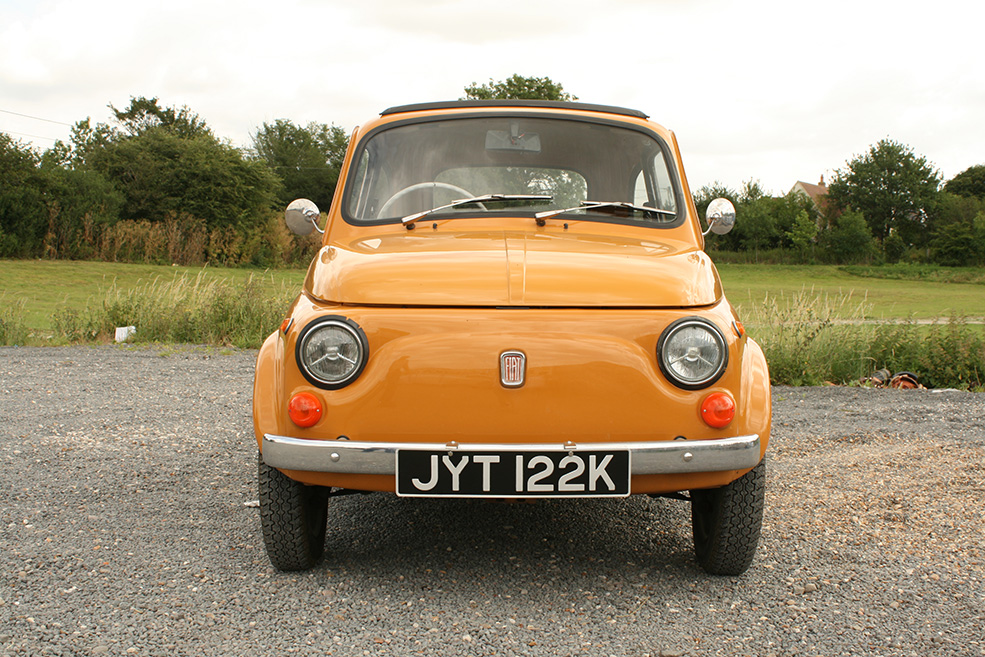 ON THE ROAD
The Fiat 500 hadn’t been started for quite a while, but after giving the engine full choke, it started after a couple of turns and settled into a gentle tickover. Interestingly this car has been upgraded with a 650cc engine from a Fiat 126, a relatively well known conversion. It also makes sound sense, as the 650cc engine also came with the gearbox, which is fully syncromesh, the Fiat 500 ‘box is not. In addition to this, the extra horsepower gives the car that nippy little edge, over a standard car. The foot pedal arrangement is slightly offset and takes a little getting used to, as the accelerator is to the lower right and the clutch and brake pedal to the upper left.

We also noted that hard application of the brake pedal, had the car pulling a little to the left, so a little adjustment will be necessary. With the engine fitted at the rear, the Fiat 500 is endowed with beautifully light steering and is quite delightful to drive, with effortless smooth and responsive gear changes from the fully syncromesh ‘box. We buzzed along at 50mph, which seemed a comfortable cruising speed, though we did take the car up to 70mph without any bother. There’s no doubting the 650cc engine’s zippy performance. 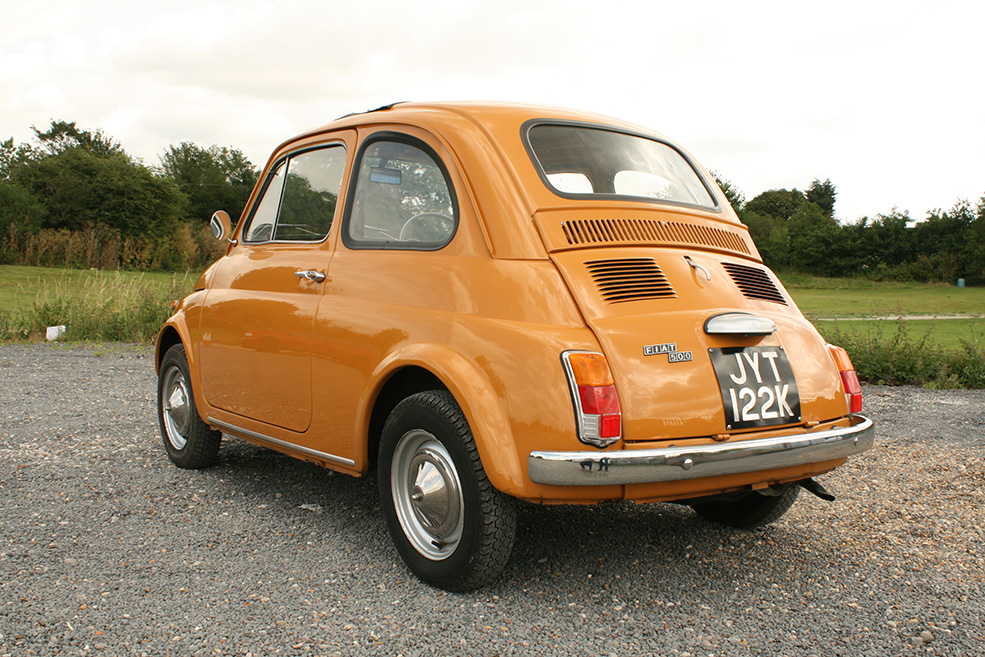 VERDICT
With Bubblecars of the 1950s and ‘60s making extremely strong money these days, young enthusiasts wanting to enjoy the delights of microcar motoring, would have to save for years in order to purchase one. However, this Fiat 500 is eminently more affordable and would make perfect entry level into microcar ownership, complete with its frugal running costs. Alternatively it’s just a really cool chic classic in which to enjoy some fun motoring.