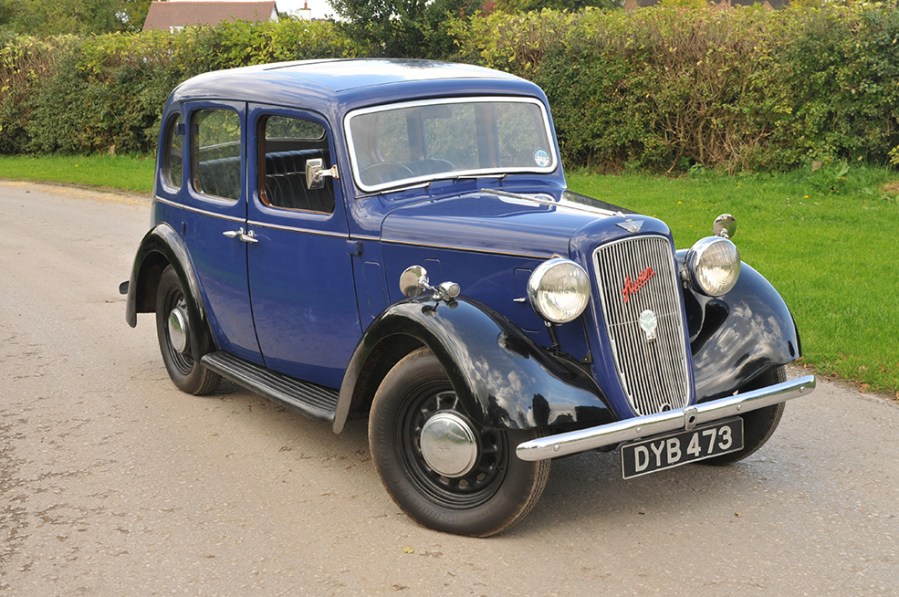 When I first started writing for classic car magazines, my preference in both cars and music was firmly rooted in the ’80s but in recent years I’ve developed a real appreciation for the prewar classic car scene.

That’s been fuelled in large part by people like Adam Crow at Ashted Classics where we found this Austin 10/4 Cambridge. A visit to his Warwickshire premises is always a great way to spend a few hours and it doesn’t take more than a few minutes and the first cup of tea to be sucked into the laid-back world of the prewar car. It’s a world where patina is generally accepted and a great part of the ownership appeal is the hands-on nature of these cars.

The Austin 10 in general is an ideal illustration of this, since it’s reckoned to be one of the cheapest cars of its type to run and enjoys superb spares support despite its age.

The 10 was launched in 1932 as a model to sit between the Seven and the recently updated and more expensive Austin 12 and was an all-new car despite its conservative styling and engineering. Its appearance was very much of the old school and with an 1125cc engine good for 22 bhp it was good for around 50 mph and was a strong seller for Austin. The 10 was facelifted in 1934 with a body-coloured sloping radiator housing, but the big news was in 1937 when the car was modernised with a new bodyshell and given the name Cambridge.

Among other improvements, the Cambridge gained a more modern clutch operation and improved brakes, which makes it more familiar to drive for someone making their first foray into prewar classics. Indeed, Adam pointed out that he’s taught his own children to drive in Cambridges just like this one, which illustrates just how approachable they are.

Being a 1938 car, this particular 10 benefits from the more powerful engine introduced for that model year and has obviously been loved by its previous two owners. Although the carpet is obviously home made, the rest of the interior is all original and has a great patina to it – indeed, we were discussing how easy it would be to recolour the seats with a colouring kit, but Adam reckoned he’d prefer to retain the patina and simply treat the leather with Neatsfoot oil. He’s probably right: the age of the car is part of its appeal.

The Cambridge also features a big slide-back sunroof and the wind-out windscreen, making it a great summer classic with the ability to seat four easily. Finished in blue over black wings, the paintwork has a few minor blemishes here and there but nothing to worry about and somehow on cars of this age it seems so unimportant. The brightwork and chrome is all in nice condition and the Austin sports its original headlining.
There’s a folde rof history with the car including a green ‘continuation’ logbook dating from 1967. 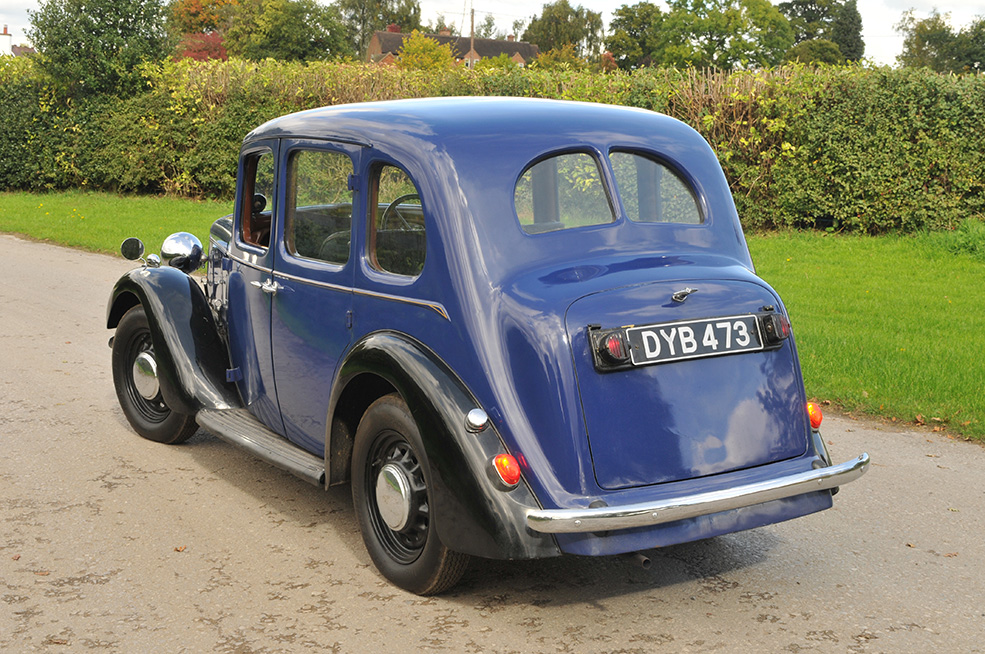 ON THE ROAD
Adam describes the car as having a superb sounding engine and it certainly seemed to run sweetly, with the cheerful rhythmic clatter that characterises the sidevalve ’30s engines. With some 33 bhp on tap, it’s enough to haul the 940kg car along with sufficient pace to keep up with traffic and the official top speed was quoted at 60 mph. As we’ve mentioned, the Cambridge feels surprisingly familiar to drive and the light pedals and easy shift make it less of an intimidating prospect than many 80-year old cars.

The Cambridge featured larger pressed-steel 16-inch wheels than the earlier wire-wheeled 10s and this allowed larger 9-inch brake drums, with the front and rear linked by a compensator which meant that all four wheels could be braked evenly with the pedal. Stepping from a modern car into the Cambridge you’ll certainly notice the difference but by the standards of prewar cars and prewar Austins in particular, they’re pretty good – certainly when driven sensibly they’re up to the performance of the car. 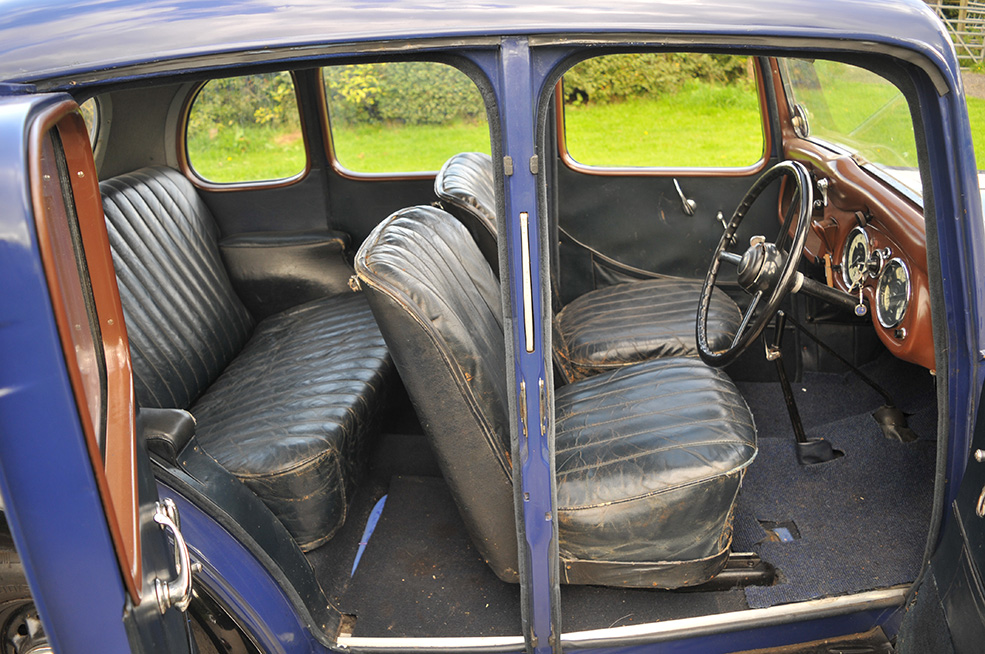 VERDICT
The Cambridge has been suggested as an ideal stepping stone between the world of the 1950s classic and the less easy to live with cars of the early ’30s and this example proves that to be correct. With an ideal combination of familiar driving experience and olde worlde looks, it’s a very affordable way to join the prewar car scene. 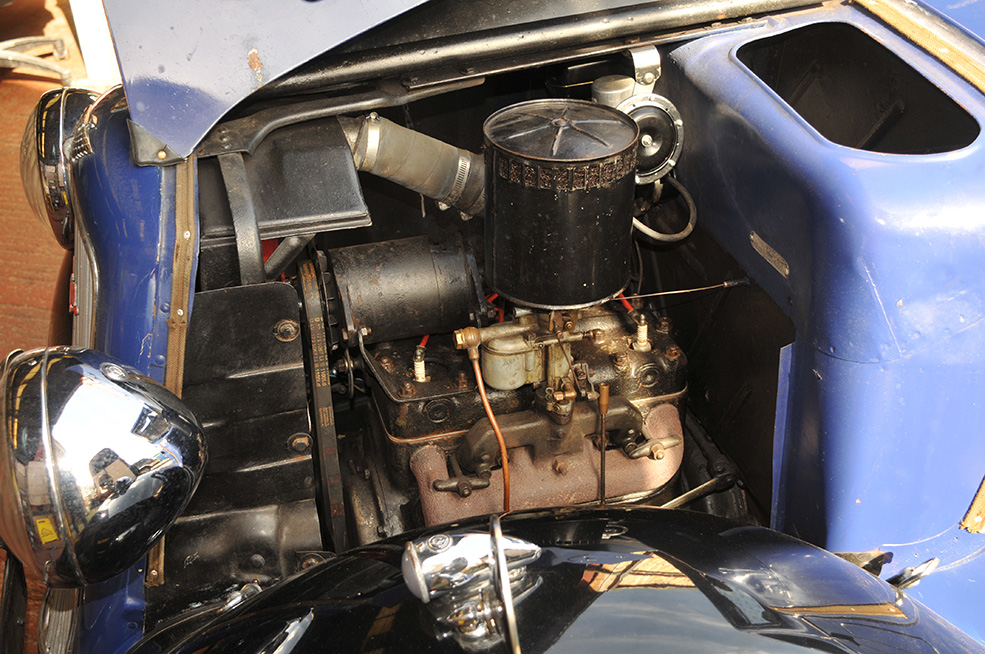