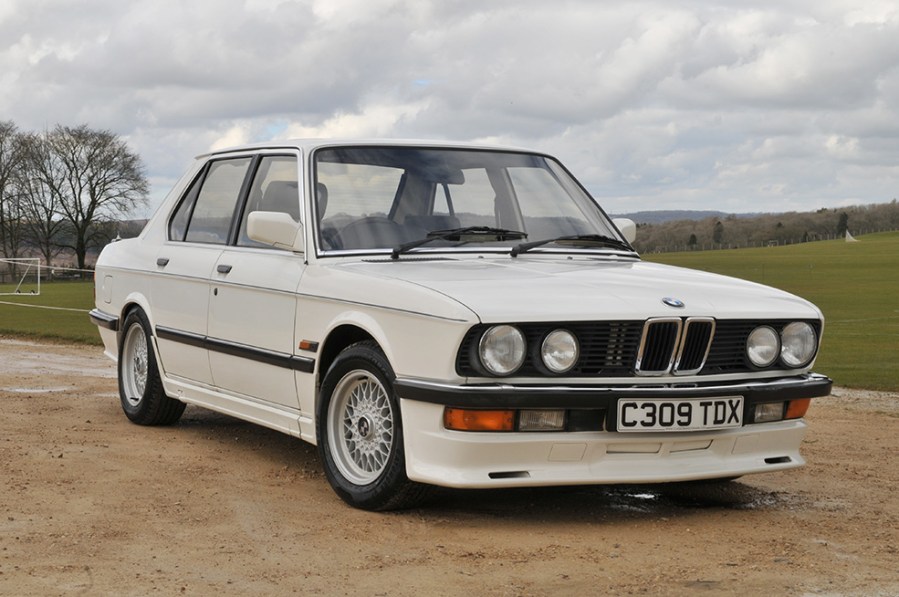 Regular readers may well be aware that I spent several years as editor of a BMW enthusiast magazine and indeed it was that title which originally brought me to the door of Kelsey Publishing a decade ago. And the person which originally got me interested in ’80s BMWs was none other than CW contributor Andrew Everett who introduced me to the delights of the second-generation ‘E28’ 5-Series. Somewhere in the loft I have a photo which shows three of the sharknosed ’80s Bavarians parked outside my house, Andrew having subsequently persuaded several other colleagues of the many advantages of these cars.

Back then we used to buy them for absolute peanuts and I still maintain that the £500 520i automatic was one of the best cars I’ve ever owned. Indeed, the E28 in general is regarded by many as one of the best cars BMW ever made, with its alluring combination of quiet quality, refinement and general usability.

These days the values of the cars are rather higher as presentable examples have become thinner on the ground but as a practical modern classic they still make a great choice.

Of those, one of the most interesting is the 525e, the ‘e’ standing for the Greek word ‘Eta’, often used to denote efficiency in scientific writing. The idea behind the concept was to offer an economy-biased model in the days before diesel had become acceptable in the executive market here in the UK and the basis of the concept was a high-torque, low-revving engine. 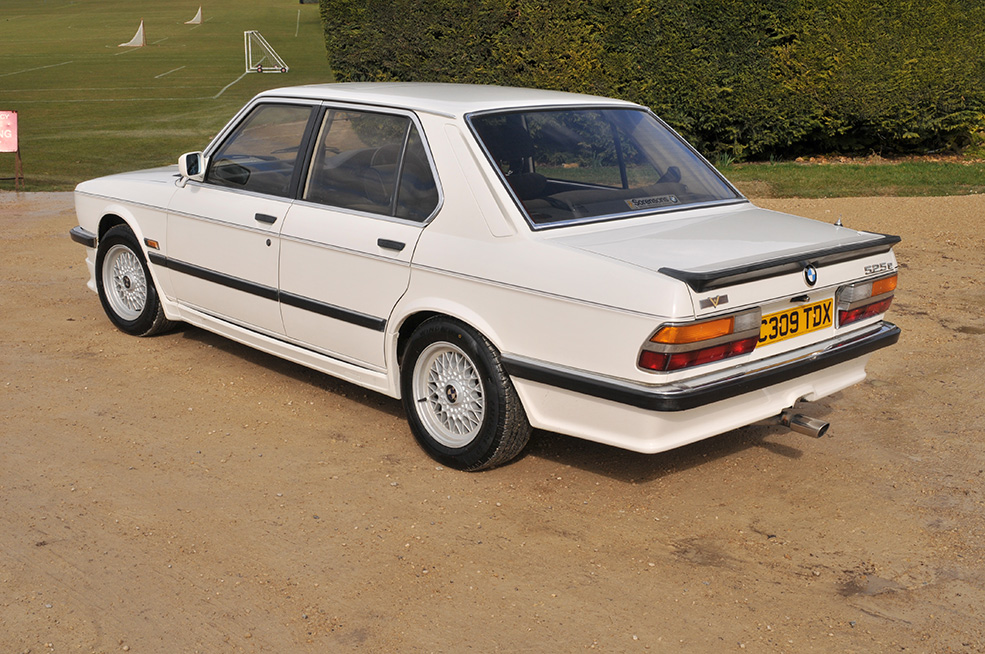 This was created by stroking BMW’s ‘small six’ as found in the 520i/525i to 2.7 litres, running a high 11:1 compression ratio and equipping it with Bosch Motronic engine management. The result was the same 125 bhp as the 520i but torque on a par with the larger-engined 528i and available some 1000rpm lower in the rev range, too.

In the UK market the model was offered only as an automatic, using a special version of the ZF 4HP22 gearbox with a torque converter which locked up at 55mph. A tall final drive was used to take advantage of the torquey engine, giving nearly 34mph per 1000 rpm – or 100mph at just 2950rpm. The result was commendably economical, offering the same refinement as the other six-pot 5-Series but with the potential for nearly 40mpg on a run.

Someone else who appreciates the qualities of mid ’80s BMWs is Steve Curtis, who set up Classic Bahnstormers having been inspired by a love of these E28 5-Series. The 525e you see here is a superb example of the breed, showing just 83,000 miles which is unusually low for these cars.

The 525e was usually a standard-looking model no different from the cooking 520i but the double-glazing company which bought this car new in April 1986 asked the dealer to fit the Pfeba bodykit similar to that found on the M535i, together with the M5 boot spoiler. With two subsequent owners to its name, it’s clearly been well cared for.

The square-rigged styling of the E28 was already dated when the car was launched, but the driving experience is entirely different: it’s been a long time since I regularly drove an E28 but I immediately remembered just how modern they still feel. The ergonomics are perfectly judged and the refinement would shame some new cars, while the hefty quality of everything from door shut to dashboard mouldings marks it out as a quality product of the old school.

It took only a mile or so to realise that this really is a very well sorted example and it’s obvious that Classic Bahnstormers have spent time tackling the common E28 issues: there’s none of the shimmying steering wheel under braking for example and the suspension feels tight and quiet.

The ZF automatic is the switchable unit offering sports and economy settings and changes up and down as unobtrusively as it should, while the boot is refreshingly dry and the dashboard moulding is free from cracks. The seats are also in good order and the bootlid-mounted toolkit is present and correct, while the chrome bumpers are all straight and dink-free.

Despite being marketed back in the day as an economy model, the 525e can hustle when you ask it to and it’s brisk enough to reflect BMW’s ‘Ultimate driving machine’ marketing slogan of the time. 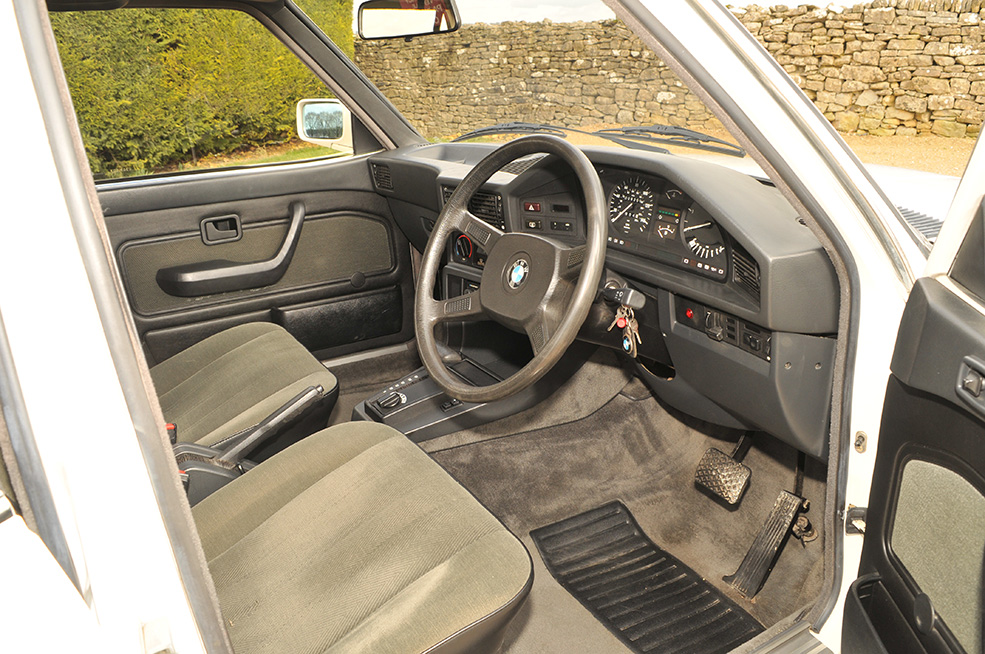 VERDICT
Look at the way the values of the 6-Series (itself based on this car) have gone in the last few years and you’ll realise that ’80s BMWs are starting to become appreciated. After revisiting the E28 I remain convinced they’re one of the best cars BMW ever made and as a practical, usable classic with enough power to be genuinely fun to drive, this really does take some beating. Yes, you will find E28s advertised cheaper but the reality is that many of these will need the difference spending on them to bring them up to this standard. 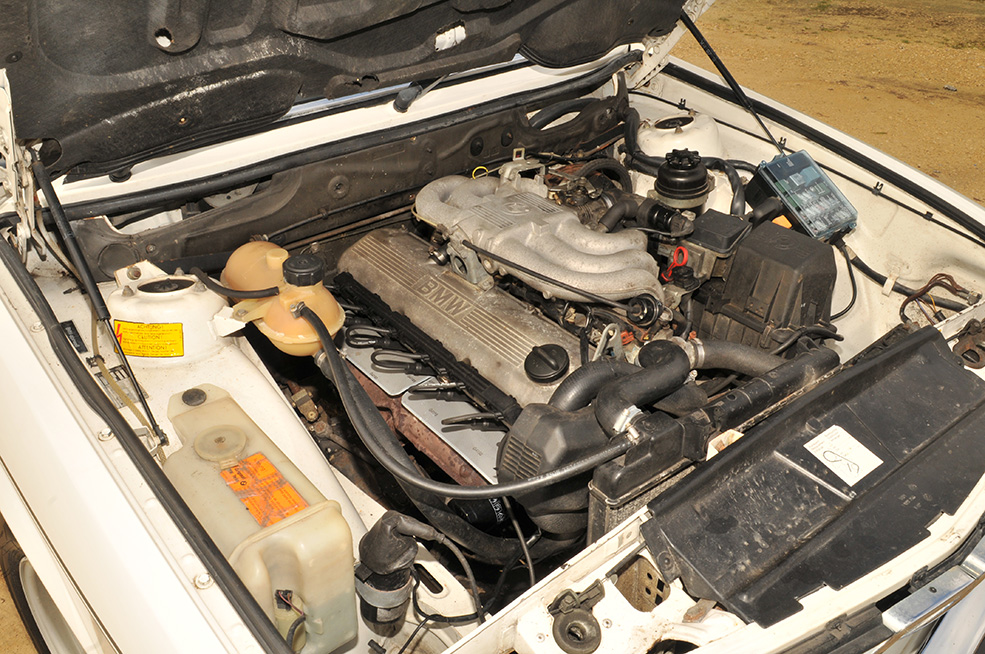