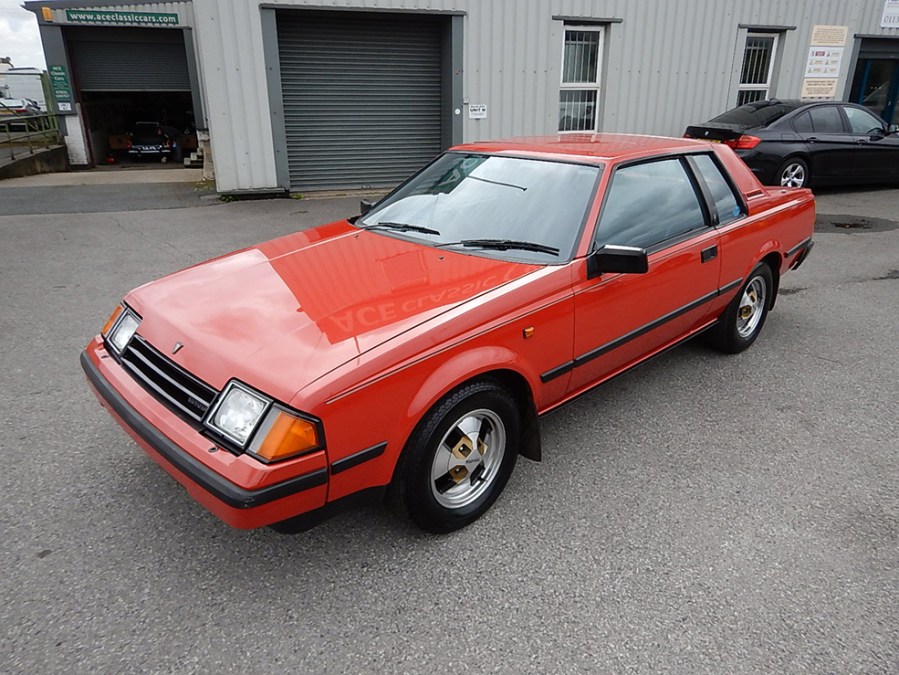 The Toyota Celica has been in production since 1970, originating as a rear-wheel drive four-seater sports car. The third-generation Celica was launched in 1982 and, in the same year, Toyota launched the first Celica turbo in Japan and developed a Group B rally version based on the GT-T model (the same shape as the car for sale that’s in our photographs).

By 1985, it was all over for the third-generation Celica and for rear-wheel drive models. Front-wheel drive was the way forward along with four-wheel drive.

The angular exterior of the Celica seen here is now returning to modern cars, so it doesn’t look too out of place. The history of this particular car begins in May 1983 when it was registered by Central Motors Ltd, a Toyota dealer in Chadderton. Before use, the underside was given a full rust-proofing treatment. The dealership kept the car for 10 months before selling it to a new owner from Littleborough, who used the car until 1996 when there was a recorded 20,527 on the milometer. 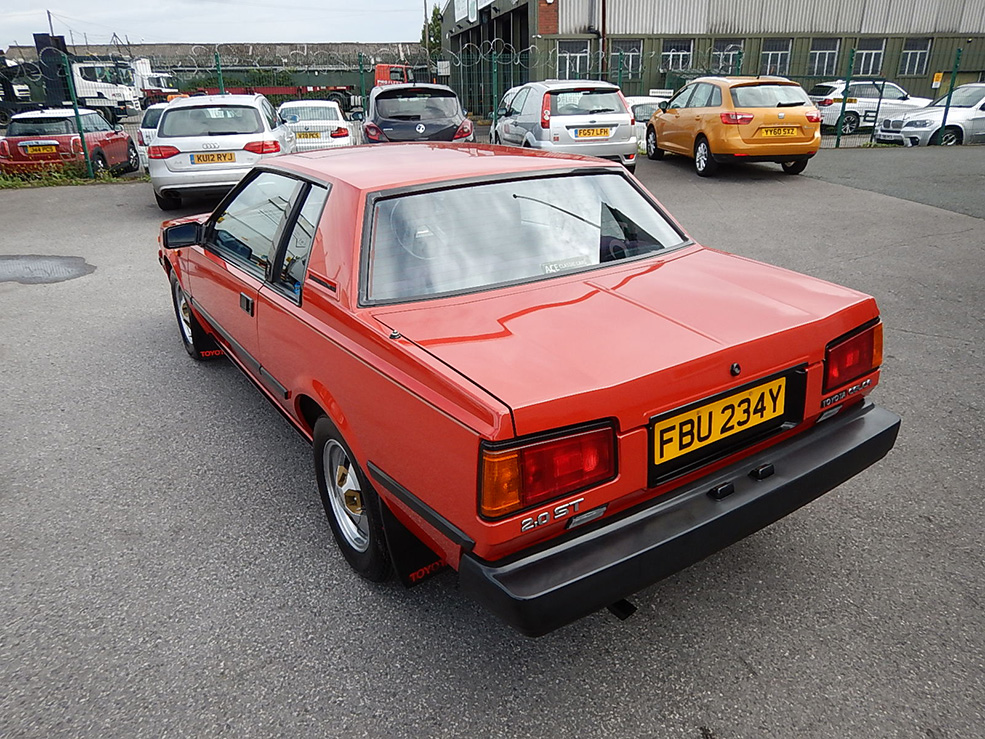 Despite being taxed, it was dry stored and remained there until July 2008 when it was driven three miles to the local MoT testing station and back again, where it passed. The car was returned to storage until July 2017, when it was bought by Ace Classic Cars of Leeds. Having seen next-to-no use for more than 20 years, the petrol was drained and replenished with fresh, the battery was replaced and the engine run, allowing the car to be MoT-tested, where it passed. However, at the time of visiting, ACC wanted to strip and clean the carburettor as they suspected it had become varnished inside through lack of use. Consequently, a visual inspection would have to suffice.

The red paintwork on the exterior of this Celica has benefited from the years of dry storage that has concealed it from direct sunlight, so it doesn’t appear to have faded. The bodywork appears to have been preserved, thanks partly to the rustproofing, but also the storage. We could find only one thumbnail-sized patch of rust, where the paintwork had bubbled up in the offside rear corner of the sunroof. Fortunately, only the sunroof panel would need to be stripped and painted to fix this problem, and Ace Classic Cars have chosen to leave this for now to preserve the originality of the car. 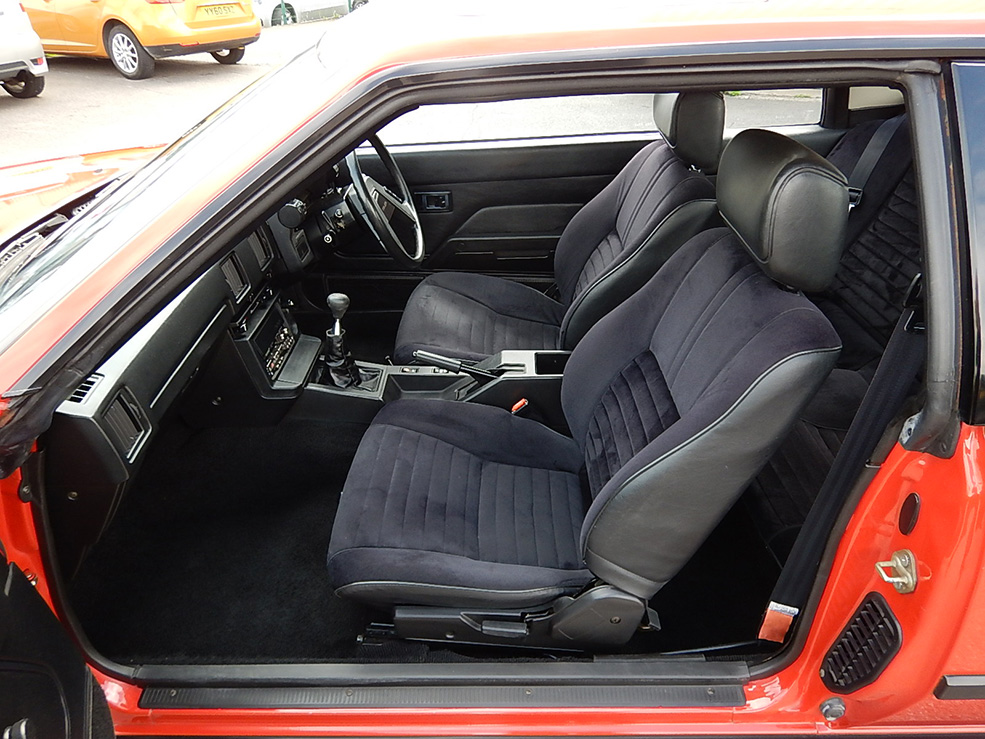 Inside this Celica, the mixture of velour, vinyl and plastic upholstery feels like stepping back into the eighties. It’s immaculately preserved. Quite often for a low-mileage example, the driver’s seat shows the most signs of wear and tear, but not in this case. All the seating looks like it has never been used.

The engine bay is a concourse competitor’s dream. It’s original-looking, but lacks the signs of deterioration that would require a full strip down and respray. Instead, there are easy jobs to tackle, such as removing and scrubbing the surface corrosion from the exhaust heatshield. Even the battery terminals, which are at the very front of the engine bay and in the firing line of road dirt, are spotless.

The boot is a similar story. The plastic trim panels over the inner wheel arches look like they have never been touched and the light scuff marks on the boot floor cover could possibly be cleaned off. 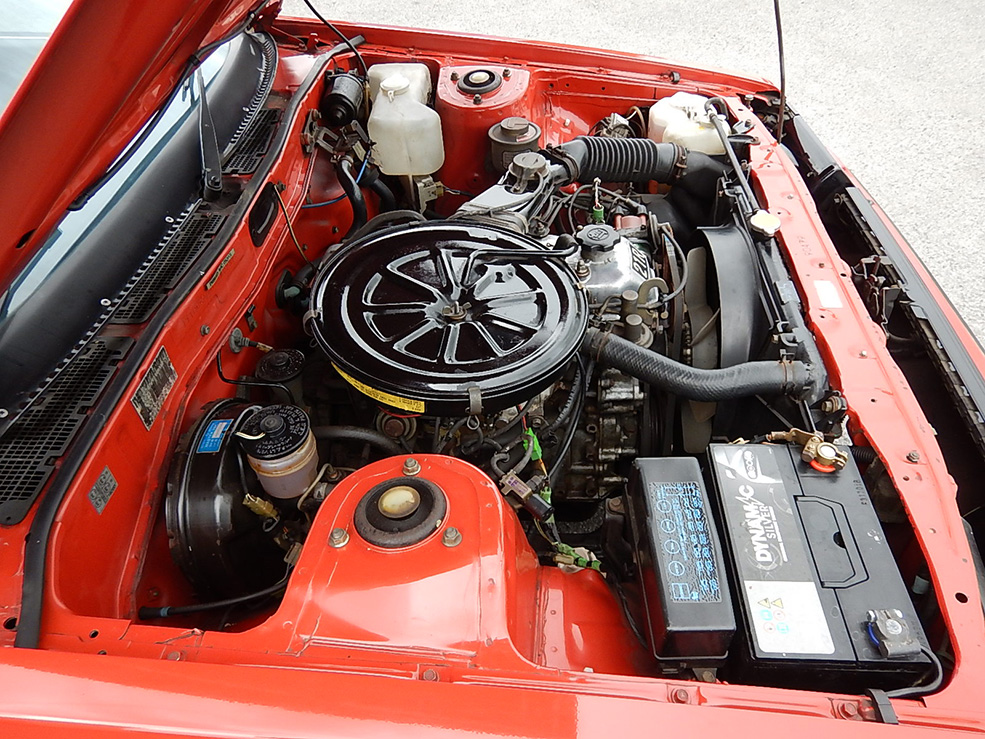 THE VERDICT
At fifty quid short of £15,000, this time-warp classic Toyota Celica is ideal for someone who wants to rekindle their memories of the eighties when the wedgy rear-wheel drive sports car shot to fame through rally sport. It’s not a cheap price to pay, but try buying a tatty example and restoring it to the same standard and you’ll probably need deeper pockets.