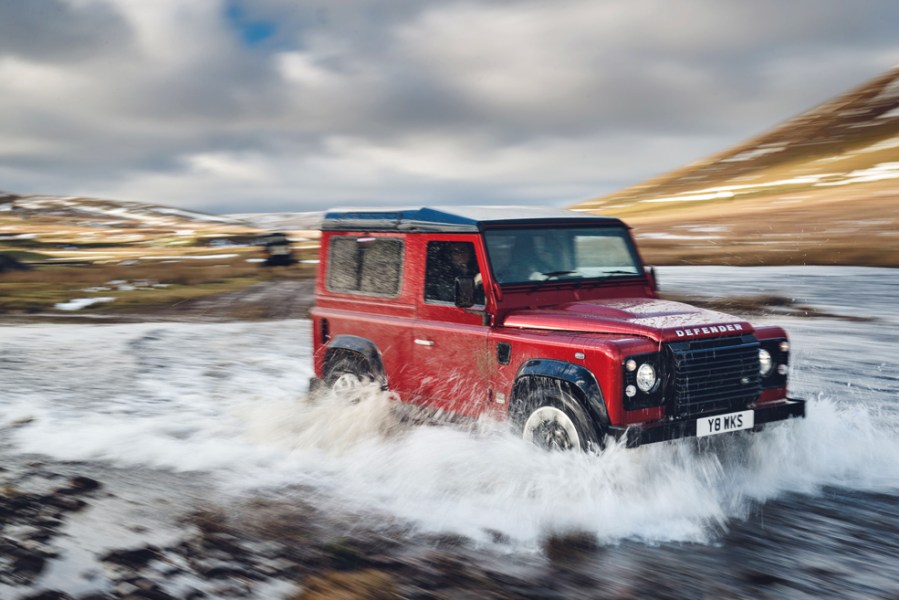 Created from low mileage 2012-2016 Defenders bought back by Land Rover, the Defender Works V8 is the most powerful and fastest factory Defender – a name which it admits is ‘subject to further announcements’ – yet produced by Lode Lane.

Paying homage to earlier high performance Land Rovers, the new Defender Works V8 harks back to the Series III Stage 1 V8 from 1979. Further fast ‘Landies’ were to follow in the Eighties and Nineties: the Land Rover One Ten from 1983, and Ninety from 1984 used the same 3.5-litre Rover V8 engine as the Series III Stage 1 V8, but in 113bhp form, uprated to 135bhp from 1987.

In 1992 North American Specification (NAS) Defender 90s and 110s used a 182bhp fuel-injected 3.9-litre version of the Rover V8, along with a four-speed automatic transmission; despite favourable reviews from Top Gear, and an appearance in the music video for Britney Spears’ hit ‘Baby One More Time’, buyers on our side of the pond wouldn’t be offered another V8 Defender until 1998, when the 50th Anniversary Edition Defender 90 was launched.

With a 5.0-litre naturally-aspirated Jaguar petrol engine under the bonnet of the Defender Works V8 the quoted 405PS and 515 Nm (379 lb/ft) performance figure are a far cry from the 122PS and 360 Nm (265 lb/ft) produced by an outgoing diesel Defender. Land Rover claim the Defender Works V8 will accelerate from 0-60mph in 5.6 seconds and do 106 mph flat out – Bowler territory, if nothing else.

As the restoration of its ex Amsterdam Motor Show pre-production Series continues, Classics World understands that a convoy of Defender Works is bound for this year’s Geneva Motor Show – the nearest modern equivalent to the Netherlands event in which Series Land Rovers first appeared.