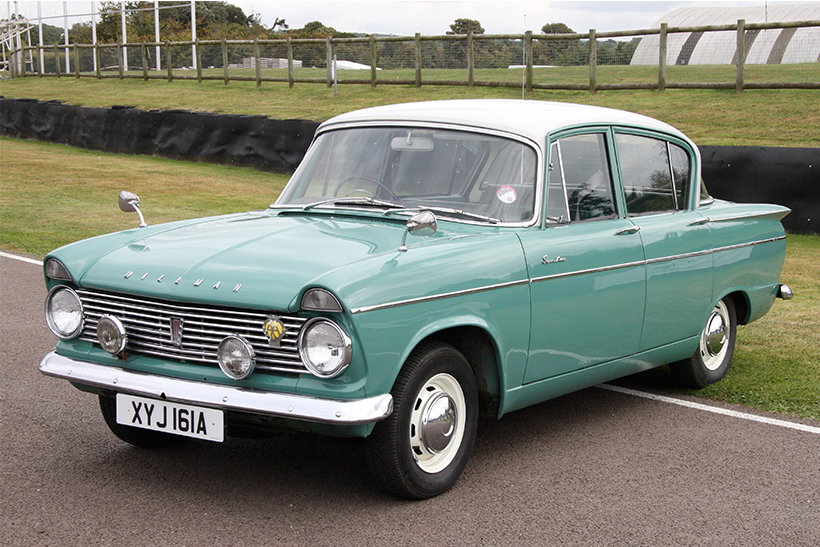 We take a look at the Hilman Super Minx

The history of the various Rootes models can get confusing but the Super Minx even has diehard Rootes fans scratching their heads. Most reckon that the Super Minx, announced in 1961 was conceived as a replacement for the ‘Audax’ range of cars launched in 1956 and sold variously as the Hillman Minx and Husky, Singer Gazelle, Sunbeam Rapier and the commercial Commer Cob. Rather curiously though, by the time the car was finished it was discovered to be too large to be suitable as a straight replacement for the existing Minx. You’d have thought they had a tape measure somewhere in Ryton..

The end result was that instead of being the all-new Minx for 1961, the new car was marketed simply as a Super Minx and sold alongside the older model while a more suitable replacement was developed in the shape of the Arrow cars which would arrive in 1966.

Rootes Group was a master of selling very similar cars in different guises and in truth the Super Minx sold well enough for its maker not to be too concerned. Sold with the familiar 1.6-litre Rootes engine, the range gained an estate and a two-door convertible in 1966.

A Mk2 version was developed just a year after launch with improved brakes and revised gearing, while the Mk3 of 1964 gave the car a facelift, losing the US-style wraparound rear screen. In 1965 the 1725cc version of the engine was installed to created the Mk4, although this would last only until the following year when the new Arrow range was unveiled.

Like most Rootes models of the era, the Super Minx was also sold as a Singer Vogue and Humber Sceptre, with only minor differences separating the different products.

Rootes was once one of Europe’s biggest car makers but somehow the brands have been left behind as the classic world has embraced Ford products instead, which means a Minx of any kind is something of a rarity and the shorter-lived Super Minx less common still.

They’re an appealing and very practical classic though, with the things which made them popular when new – decent pace, glamorous style and low running costs – making them just as desirable today. Spares availability is good, there’s a thriving owners’ club scene and they’re very DIY-friendly. So what are you waiting for?