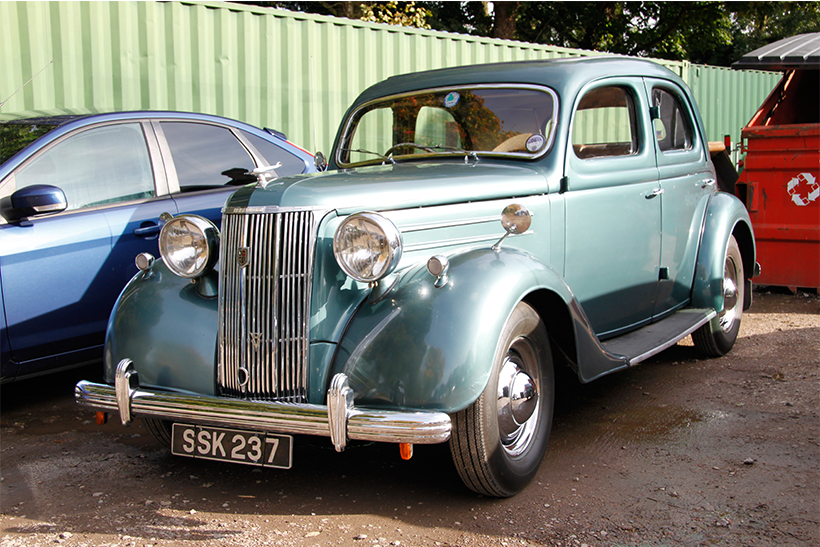 Though it was produced exclusively post-war, and a model intended to get Ford back into business quickly, the Pilot was to all intents and purposes a continuation of what Ford had been doing in the years coming up to 1939, and contained few if any ‘new’ components.

The sidevalve 85bhp V8 engine was a big torquey old unit – with, unsurprisingly, a thirst to match. A big separate chassis, part-mechanical brakes and ‘three on the tree’ column gearchange added to the Pilot’s pre-war stateside feel, with further character added by a big and extremely imposing chrome grille, flanked by separate free-standing headlights – who else recalls one of these coming off a Pilot and providing a vital clue to the robber’s identity in The Blue Lamp?

The Pilot sold reasonably well for a car of its type at the time – just over 22,000 in four years, with a large number going overseas. Despite being a basically tough and durable car, very few pilots survive. The main problem was that the car aged quickly – car design moved on rapidly from the early 1950s, and the Pilot quickly became regarded as old and thirsty. Many went around the time of the 1956 Suez Crisis. Though only five years out of production, they were pretty-much worthless, though from the early 1960s they did become slightly sought-after for the newly-emerging sport of ‘stock car’ racing.

Today, Pilots are rarely offered for sale, and most that are tend to either change hands by word of mouth through club circles or are offered at auction because guide prices can only ever be rough guides for cars this rare, and the only real way of determining value is by allowing potential buyers to compete. Body rot is the main concern. Parts and technical support through the club is very good for cars this scarce, though, as many parts were shared with other cars.

For the latest prices, see the our Classic Car Price Guide