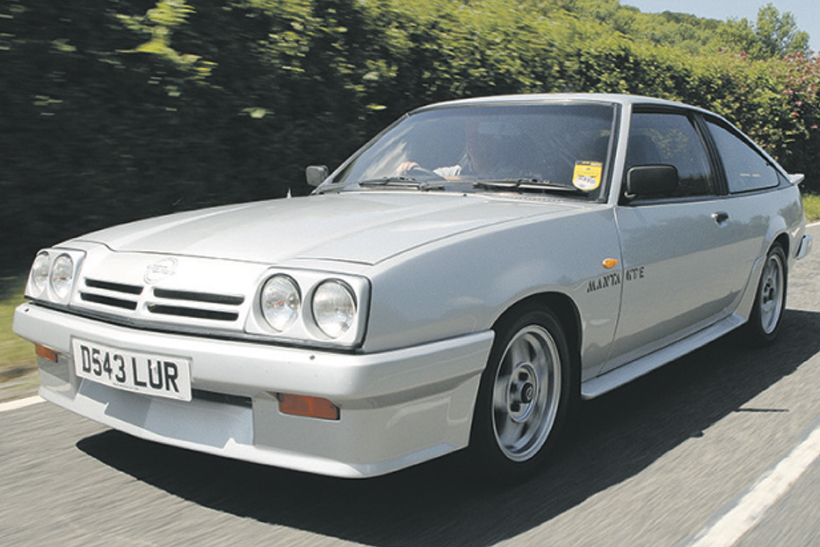 The ‘Eighties were a time of shimmering, pastel-hued excess. The future was bright, the trousers were orange, and hair products were more important than anything else in the world.

You were nobody without a Filofax, your carphone had a thick curly wire, and you had a Rubik’s cube on your desk as a vibrant but static ornament. And while the city boys swanked about in Porsche 930s and Merc SELs, the blue collar petrolhead had a choice of either the ubiquitous Ford Capri or this, the Opel Manta B.

The second generation Manta launched in 1975, and continued production through to 1988; it existed in that confusing time of the Vauxhall/ Opel empire when models were sold under a bewildering array of badges, trim and bodystyles in different markets (and, often, the same markets) – the Manta/Cavalier crossover is too serpentine to unpick here, but the nuts-and-bolts of it are this: The Manta B and MkI Cavalier Sportshatch & Coupé were sold concurrently, with engines ranging from 1.2-litre OHV to 1.6- and 1.9-litre CIH, and a fuel-injected two-litre for the GT/E.

Facelifted in 1982, the range received chunky plastic bumpers to replace the thin chrome ones of the early cars, with the Manta B2 GT/E becoming a sort of poster boy for ‘Eighties bodykitted excess. As long as you didn’t mind the absence of a six-cylinder motor, this was effectively a far more accessible alternative to the Tickford-fettled Capris, offering that all-important bolt-on plastic ostentatiousness without the Aston Martin price tag.

Mantas can actually be rather more nimble than the big-lunged V6 Capris, thanks to having less weight in the nose, and while pre-1982 cars are cherished and sought- after by many for the purity and simplicity of their design, the cartoonishly proportioned GT/E is what sets hearts a-flutter for a great many classic Opel fans. It could be the halo effect of the iconic Manta 400 rally cars, or simply the fact that the car belligerently soldiered on with an Opel badge in the UK, which lent it a certain continental frisson of unusualness.

Values are in the ascendant, but you can pick up a very tidy GT/E for around £6000, with examples of earlier, smaller-engined Manta Bs starting at around £2000 for a complete and usable example. If you’re keen to blow your whole £10,000 budget then, with a bit of haggling, you may even be able to secure a rare 1-of-700 Manta i200. 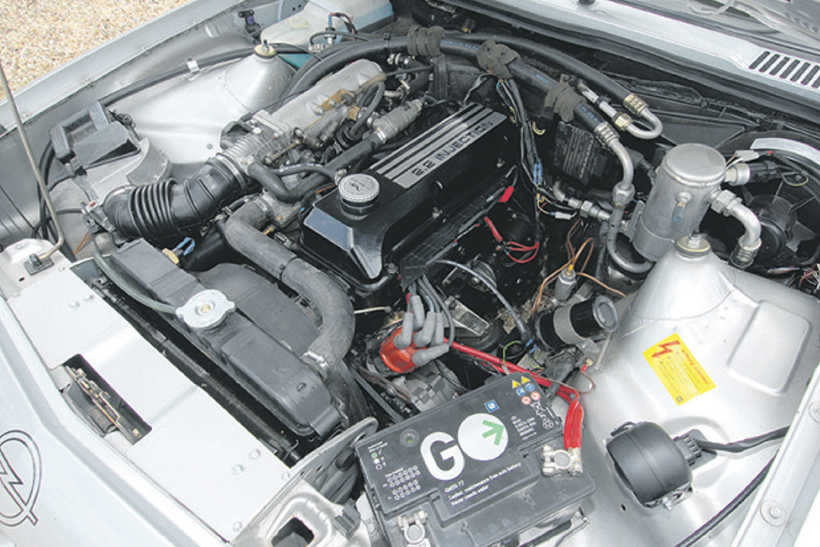 BUYING TIPS
• The main thing to look out for with the Manta B is rust, rust and more rust. Models with sunroofs have drain holes that unhelpfully channel water into the sills, which will then rot from the inside out.
• The floorpans can rust through thanks to the carpet’s thick foam backing soaking up water and retaining it. The jacking points can also rust eagerly, as can the battery tray, behind the headlights, under the washer bottle, the ‘arches, the door bottoms, under the tailgate rubbers… check everywhere, basically.
• Timing chains can rattle on CIH engines, so keep an ear out.
• Gauges can be unreliable, especially in terms of oil pressure.